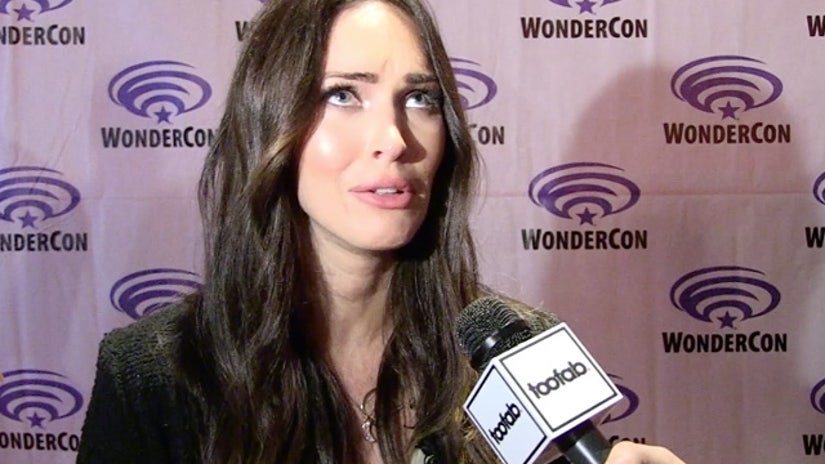 With the "Transformers" franchise under her belt, a scene-stealing stint on "New Girl" this year and the upcoming "Teenage Mutant Ninja Turtles: Out of the Shadows" on the horizon, Megan Fox is on fire. Just don't ask her kids.

The 29-year-old actress and estranged hubby Brian Austin Green share two sons together; Noah, 3, and Bodhi, 2. But, despite appearing in some family-friendly flicks, she tells toofab her oldest hasn't seen any of her work.

"He's three, so he hasn't seen anything," she said, after being asked whether Noah would be checking out "TMNT 2." "I don't plan on showing anything. They don't care what mom and dad do for a living, unless you're a police officer or fireman."

That's in stark contrast to costar Stephen Amell, who is dad to adorable two-year-old daughter Mavi.

"I think she's ready," he tells toofab. "She's certainly going to the premiere, she's going to walk the red carpet!"

We can't wait to see that! 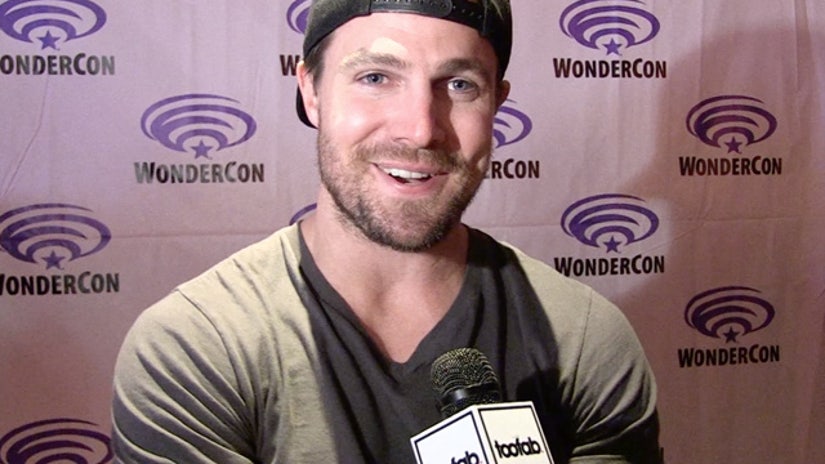 Both stars opened up about their roles in the new flick. Fox returns as reporter April O'Neil, while Amell joins the fray as hockey masked vigilante Casey Jones.

"It's more light hearted, way more funny and more fun," Megan says of the sequel. "It's not dark, it's not like Gotham City Turtles, it's Ninja Turtles."

It's also one of the "Arrow" actor's first starring roles in a big budget film -- something Fox helped him out with on set.

"She's great. I'm older than she is, but she's been involved in these big spectacle, tentpole films, so I'd ask her a few questions and she'd have really interesting insight that there's no way a lot of other people could have," he says. "It was great working with Will Arnett, Laura Linney, all the turtles. Everyone was incredibly welcoming on the movie. I just wanted to be part of the team!"

Being part of the team came with its fair share of prep work though -- especially when it came to wielding a hockey stick.

Check out the video above to see how he trained for the flick!