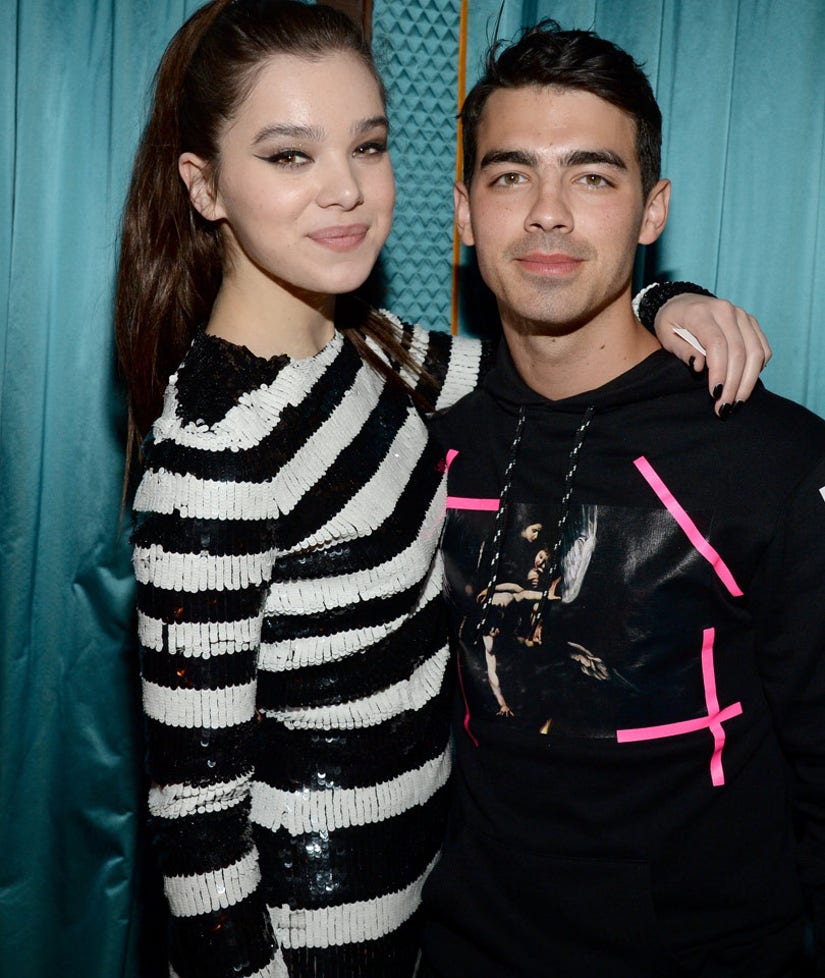 Joe Jonas has skills when it comes to April Fools' jokes!

During Hailee Steinfeld's interview on Australia's Smallzy's Surgery, the DNCE frontman called in and pretended to be an obsessed fan.

The former Jonas Brother identified himself as "Harry," a British superfan who had a very creepy request for the singer.

"My first question is, it's kind of weird, but can you send me some of your toenail clippings in the mail?" he asked. "Is this for real?" Hailee replied with a laugh.

When the radio host stepped in and asked for a music-related question, "Harry" asked what it was really like to work with the band on her new single, "Rock Bottom."

"It was really great," Steinfeld said. "I had a wonderful time collaborating with them. I love Joe and the band. Yeah."

Once she figured out something was up, she slammed Jonas, but it was all in good fun. "I think they took a lot away from it, actually. You know, Joe sings the whole second verse, which means I'm not singing it, so that kinda sucks, but whatever."

Check out the clip to see what else she said about Joe!

So happy to announce @HaileeSteinfeld and I are expecting our first. pic.twitter.com/rlwHxNocfL

It seems that Jonas has a knack for pranking people on April 1. Last year, he posted an ultrasound on his Twitter, saying that he and Hailee were "expecting [their] first."