This is the boy band we've been waiting for!

Going by the name The Puff Daddies, the guys took the stage each wearing baby carriers, complete with fake baby dolls.

Check out the clip above to hear their debut single "I'm a Dad." 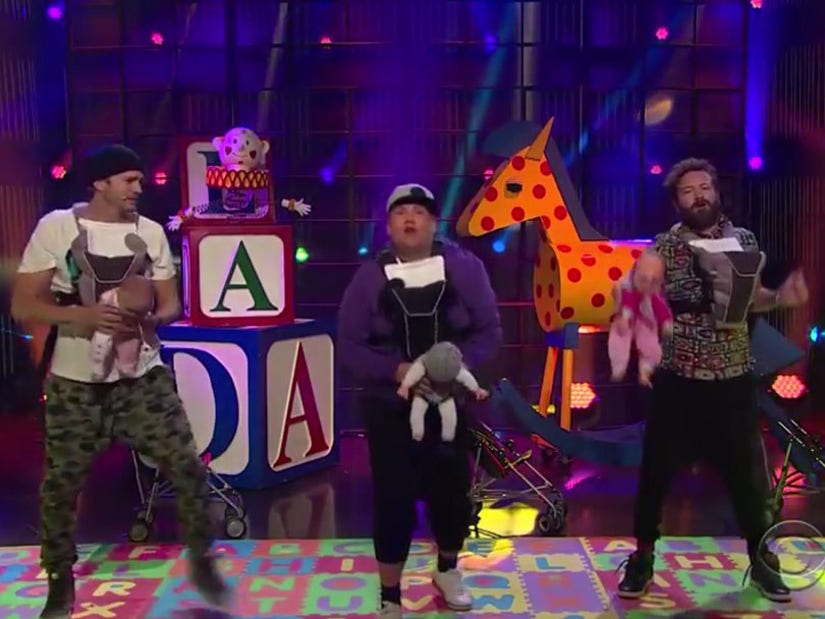 Corden opened the segment professing his love for pop groups like One Direction, the Jonas Brothers, the Backstreet Boys and his personal favorite, O-Town.

"But boy bands don't go away, they grow up," he explained. "They start families and ultimately they become dads. They're not boy bands, they're dad bands," he continued, before bringing the Puff Daddies on-stage to perform their new track.

Later in the show, the duo -- who will star on Netflix's new original series "The Ranch" together -- opened up about their wild partying days back when they worked on the '70s-themed comedy.

"This was pre-TMZ, pre-cell phone cameras. You could wild out and nobody was going to take your pictures," Kutcher reminisced.

"I have more photos of commando Kutcher here, naked in a club, than anybody," Masterson quipped.

What do you think about the trio's boy band skills? Sound off below and check out the gallery above to see the rest of "That '70s Show" cast then and now!