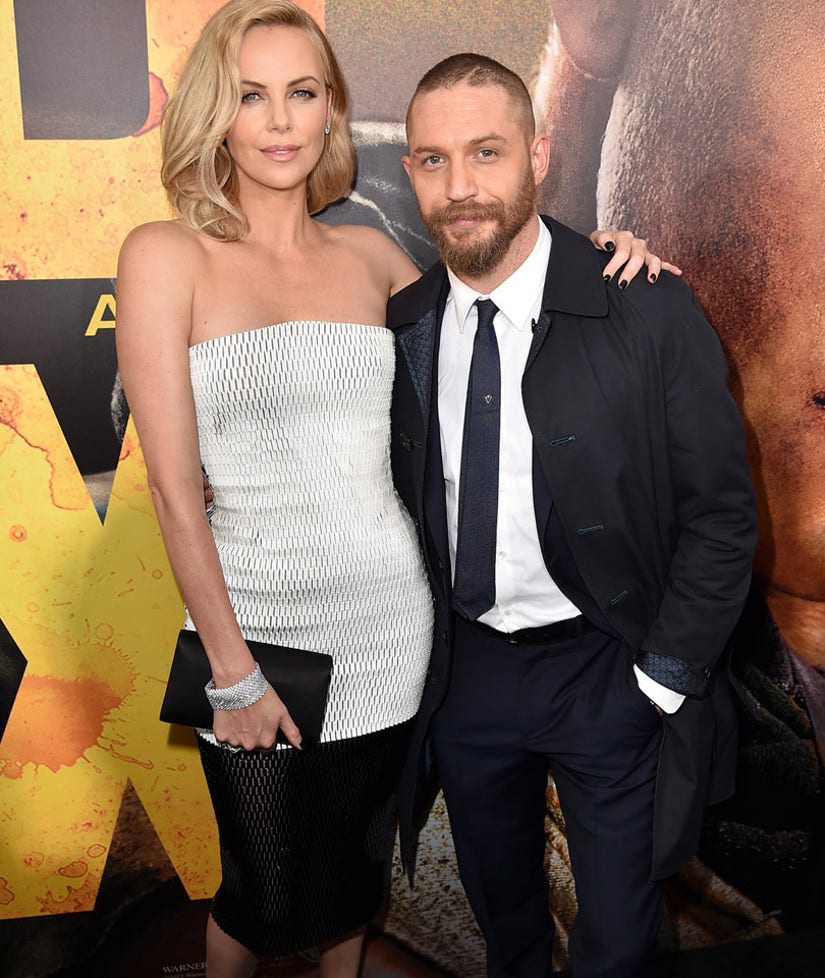 Those frosty feelings between Charlize Theron and Tom Hardy in **"Mad Max: Fury Road" were the real deal.

In fact, the actress says she clashed with her costar as he stayed in character throughout the shoot.

"I'm not saying that they were seething right through, but the trajectory of the characters can't help but seep into the work," the film's director, George Miller, adds. "When they first meet each other, they're trying to kill each other. As the two characters come together out of necessity and rather reluctantly, they have to find a degree of trust. And to some extent that was the trajectory of their relationship as well."

While the role of Furiosa was a tough one for Charlize, Miller says he "could only think of her for the role."

"I don't think I had doubts, but I had fears," Theron reveals when asked about playing the character. "I chased after it so hard, just based on storyboards. I never doubted George's idea, but I had a lot of fear that I was never going to be able to do what he wanted or needed, because I had so little to work with."

Her hard work paid off -- the movie was nominated for a best picture Oscar, and Miller received a best director nod as well.

"If the film were to get any nominations, Charlize should get one," he admits. "She was uncompromising. She was constantly saying, 'I have to do this as a warrior.' Sand and dust got everywhere. Take after take, she'd have the wind machines and the dust, and a couple of times she'd tear up—just to get the dust out of her eyes—and say, 'Oh, I don't want people to think I'm crying.' And I said, 'No, don't worry.' But I looked at one take, and there were tears running down her face. And I erased the tear marks on her face, because she was just determined that this character was going to be relentless."

Are you surprised to hear that Theron and Hardy didn't get along? Sound off below!