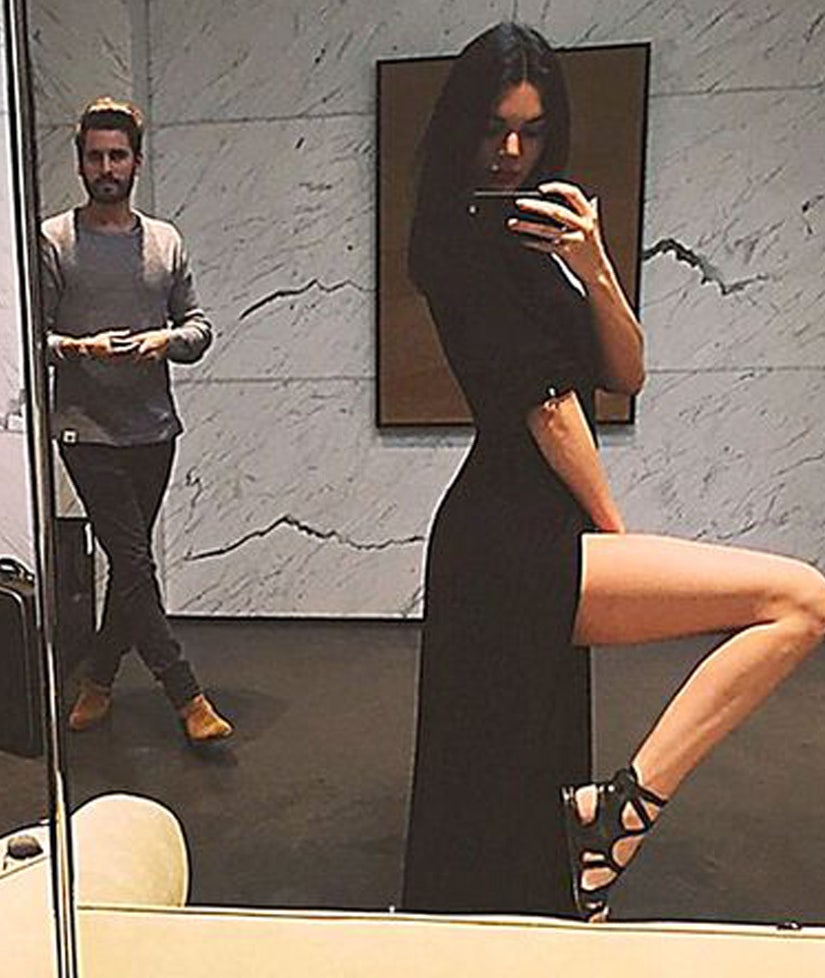 This might be one of the best April Fools jokes ever!

Kourtney Kardashian recruited her famous family members and ex Scott Disick to fool their millions of fans in a series of videos on SnapChat.

In the videos, the mother-of-three has the camera rolling as she looks around her house for Kendall Jenner.

Kylie Jenner tells her to look in the office because she hasn't seen her.

Kourt then takes the camera with her while she checks out multiple rooms in her home before stumbling on a guest bedroom.

"Wait, who is she in here with?" Kourtney is overheard saying before catching a glimpse of Kendall and Scott snuggling up next to one another in bed!

The oldest member of the Kardsahian clan immediately goes, "What the…," while she chases Scott out of her home and tells him, "You're so sick, you're so inappropriate, like, what is wrong with you?"

Phew, they had us worried for a minute!

This isn't the first time that the friendly exes have pranked us on Snapchat. In fact, last week they joked around with fans and playfully told the camera that they were getting back together.

"So, um, we wanted you guys to hear it first," Scott says to the camera, adding, "We are getting back together."

Scott then tries to kiss Kourtney but she pulls away and yells "No!" while laughing.