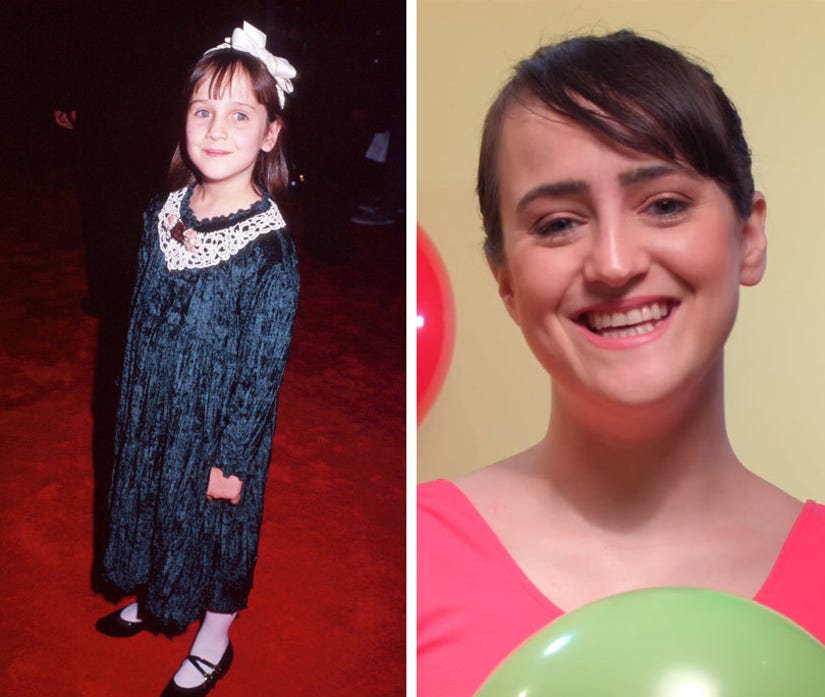 Everyone's favorite child genius is finally getting behind the wheel.

Mara Wilson, 28, is probably still best known as the child star who played the title character in "Matilda" back in 1996. Based on Roald Dahl's celebrated kids' book, the movie tells the story of a little girl with superpowers.

Since then, Mara, who also had a role in "Mrs. Doubtfire" opposite Robin Williams, has peaced out of Hollywood to become a writer in New York City. But despite growing up in general, there's one milestone she still hasn't hit.

In a video for "Project UROK," which highlights mental health problems, Mara tells College Humor's Jenny Jaffe she's had a long-term fear of driving. So really, she belonged in NYC all along.

She admits that "I kind of learned to drive when I was eighteen, and that same summer, my brother was in a car accident."

Even though "he's made a full recovery," Mara maintains that "something about that kind of crossed over, I think."

Not only is she worried about her own shortcomings as a driver - saying "I'm not good with space relations, and I, like, have really slow reflexes" - but also everyone else's.

She explains that "I have friends who do maneuvers, and I'll have to say, like, you know, 'The light's green. Please don't do that. Please do this.' You know, I'll be gripping it - especially when we drive in the rain. And people have told me that it's annoying, because I'm like a backseat driver."

"So you do drive, just not from the front," Jenny deadpans.

What's helping snap Mara out of it? "I am an extremely competitive person, and my little sister just told me that she's taking driving lessons. And I thought, 'Okay, I'm six years older than her. I can't let her beat me.'"

Well, something had to get the process going!