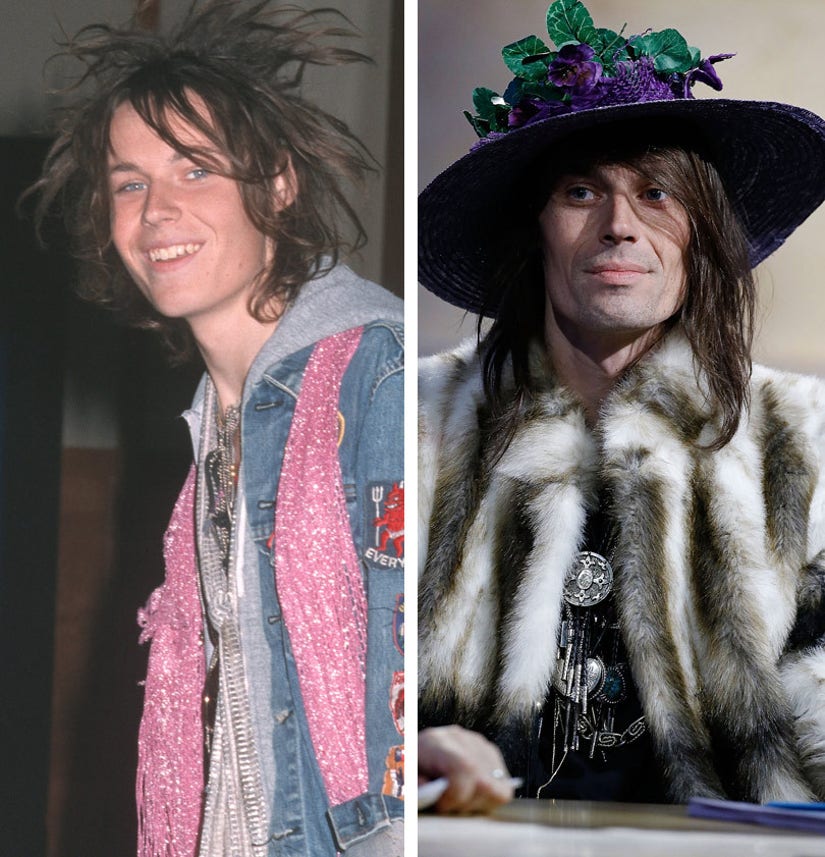 Can you believe it's been 18 years since the days of Jesse Camp?!

The former MTV star, who beat out Dave Holmes by winning the network's "Wanna Be a VJ" competition back in 1998, resurfaced this week in NYC -- after someone at Page Six found him wandering around outside their offices.

In the wild footage, the incredibly tall space cadet is just as wild as we remembered him. Sporting a loud top, long scraggly hair and an oversized hat, his personal style hasn't changed too much either!

At one point, the now-36-year-old gets a little confused over which publication he's talking to ... and blames it on drugs.

"I'm zipping it 'cause I am on a very bad acid trip at the moment and I think I'm being interviewed for the New York Post — so clearly I'm not in my right head," he says. For the record, he told The Huffington Post last year that he's been sober for 5 years.

These days, Camp hosts a segment called "TBTRL" on MTV's Snapchat Discover, where viewers can see some throwback clips from the network's TRL days.

"After pursuing careers in off-track betting, psychic-call dispatch, tote-bag design and a four-year term as mayor of Arsenio, IN, I am back to doing what I love best: making music," he told MTV in February.

As for what the ex-VJ is listening to now, he says, "I love Grimes, Miley of course, The Struts and I'm actually really into Justin Bieber's new album! Jason Derulo with shirt is great but as soon as the shirt comes off — there's nothing I wouldn't do to get up next to … THE SPEAKERS!"

Want more Jesse craziness? See him give his two cents on Kim Kardashian below: