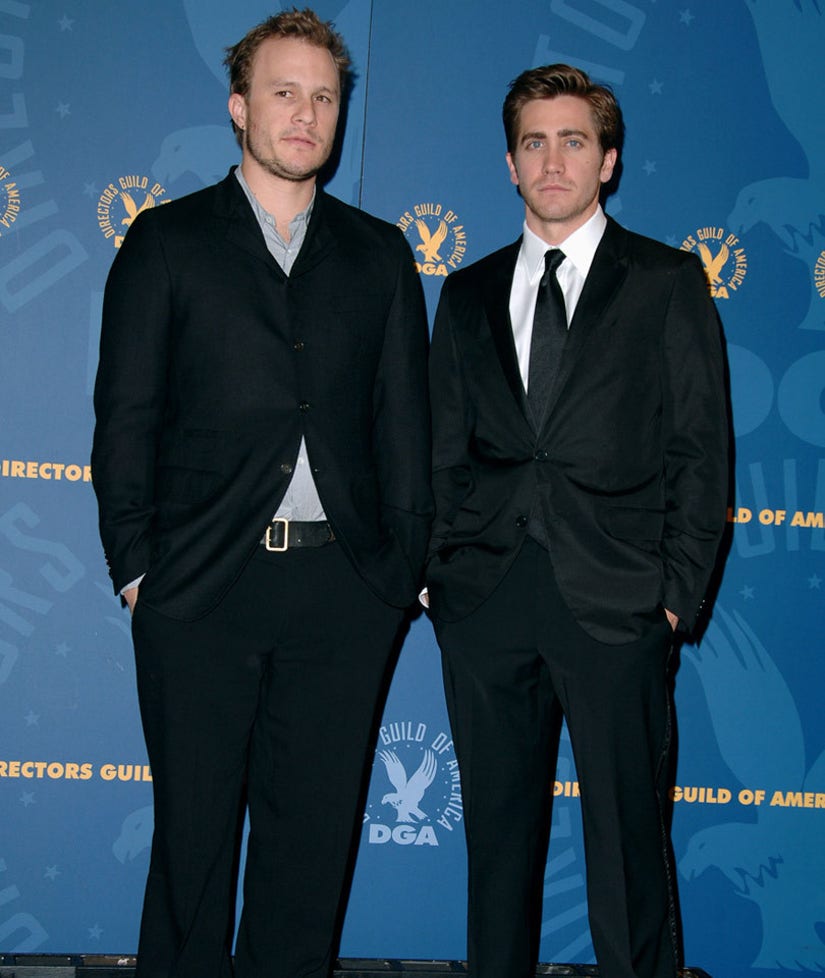 It's been 8 years since Heath Ledger's sudden death, but his pal, Jake Gyllenhaal, is still affected by the loss.

The actor had just turned 27-years-old when his friend died from accidental prescription drug intoxication.

"Personally, it affected me in ways I can't necessarily put in words or even would want to talk about publicly," the "Demolition" star told PEOPLE and Entertainment Weekly editorial director Jess Cagle. "In terms of professionally, I think I was at an age where mortality was not always clear to me."

He said the loss hit him so hard because he hadn't had to deal with anything like that before.

"I think you live in this bubble, too, of making films ... There are real friends, and there is a real community," he explained. "There is also that [new Macklemore song] where he says, 'The curtain closes and nobody notices' ... I think that's true, and I think that's okay. But I think at the time, I assumed everyone would notice – and they did with Heath dying, but I think it [gave me] the experience of, 'This is fleeting.' And none of the attention or synthesized love that comes from the success of a film really matters at all. What matters is the relationships you make when you make a film, and the people you learn from when you're preparing for a film. That changed a lot for me."

Gyllenhaal and Ledger became close when they starred on-screen together in "Brokeback Mountain" in 2005.

"I miss him as a human being, and I miss working with him. And what an unfortunate thing it is that we won't be able to see the beauty of his expression," Jake told Variety last year.

"He was incredibly special, and that doesn't even come close to encapsulating who he is — who he was," he added, revealing that losing such a close friend of a similar age helped shift his priorities.

"I think that's why I like to go off and I like to try and get into worlds that will wake me up… I'm trying to be present where I am," the now-35-year-old star said. "I'm trying to have relationships that are as real as they possibly can be on a movie set [and] be close to people because I know that it's precious. And I know that not only can this career end in a very short period of time and this or that can happen, but also that life is precious. And I think losing Heath — and being a part of a family that was something like that movie we all made together — makes you see that, makes you appreciate that and hopefully moves you away from the things that really don't matter to the things that do."

Check out the clip above to hear more from Jake.