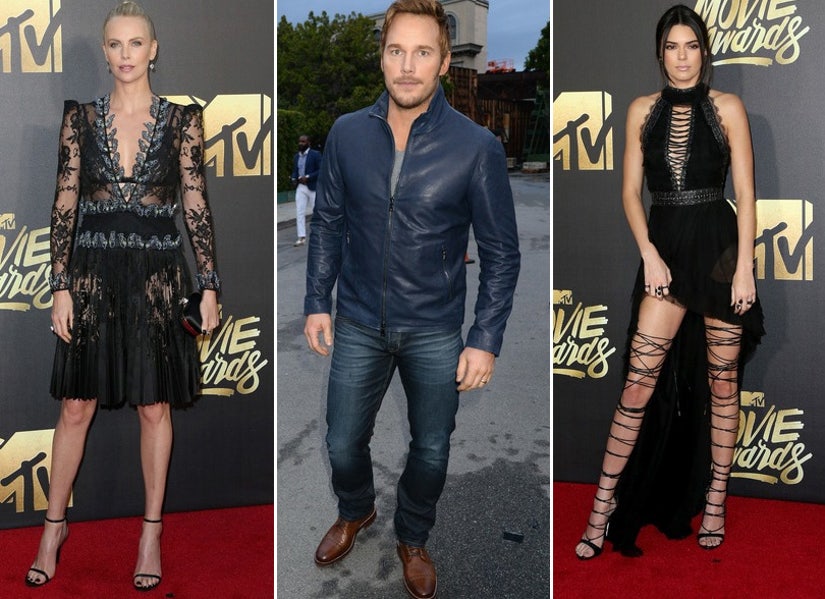 The MTV Movie Awards celebrated its 25th anniversary on Sunday night with an expletive-filled event starring The Rock and Kevin Hart.

Didn't catch the show? Check out the biggest moments below!

The highlight of Kevin and The Rock's hosting gig? This rap celebrating this year's best films ... and Leonardo DiCaprio getting "f--ked by a bear" in "The Revenant."

"You always remember where you were when Leo got f—ked by a bear," the hosts sang in the hilarious bit. " No matter what happened, nothing compares, because Leo got f—led by a bear!"

Rebel Wilson, Adam Devine and Anthony Mackie all got in on the action as well -- see their inappropriate lyrics in the video above!

Charlize Theron picked up the first golden popcorn of the night -- and adorably thanked both of her children during her acceptance speech. The sexy star picked up the trophy for Best Female Performance for "Mad Max: Fury Road."

"Shout out to the South Africans. I want to thank my beautiful son, Jackson, for putting a smile on my face everyday," she added. "He was with me when I made this film."

"The story of 'Fury Road' is in part the story of the power of women and the power to create our own destinies," Theron continued. "So tonight I accept this reward on behalf of my own little Furiousa, my daughter, August Simone, and on behalf of all of the Furiosas out there, you are the true warriors. thank you so much."

Ryan Reynolds was also honored for his work in "Deadpool" -- and his acceptance speech was all kinds of epic.

With the song "Shoop" getting some major play in the film, Salt 'n Pepa were on hand to perform the song before Reynolds picked up his trophy. With Deadpool backup dancers dropping from the sky, it was quite a sight.

Once Reynolds hit the stage, he thanked the fans for making the film such a massive hit. He also hilariously mentioned his wife, Blake Lively.

"I want to thank my wife, Blake, everything I do is to make her laugh ... especially the sex," he quipped.

Will Smith was presented with this year's Generation Award, a prize he admitted he thought was "code for the 'Old Ass Dude Award.'"

After telling a short story about how me met some fans whose kid knew him as "Jaden's dad" and not for anything he'd been in himself, Smith showed sincere gratitude for this award.

"This June marks 30 years in the business to me. I really just want to say, I'm humbled and I want all of you to know I am dedicated to being a light in this world," he said. "There's a lot of suffering and when you see my material and when I present myself in public and what I'm trying to build with my family and friends, I'm dedicated until I die to light and to love."

Now, this is how you celebrate a "Best Kiss" win!

"Pitch Perfect 2" stars Rebel Wilson and Adam DeVine took the stage to accept their Golden Popcorn, proving they deserved the coveted honor by having a sloppy makeup session to Pat Benatar's "We Belong."

She even flashed the audience and producers had to censor her girly bits! 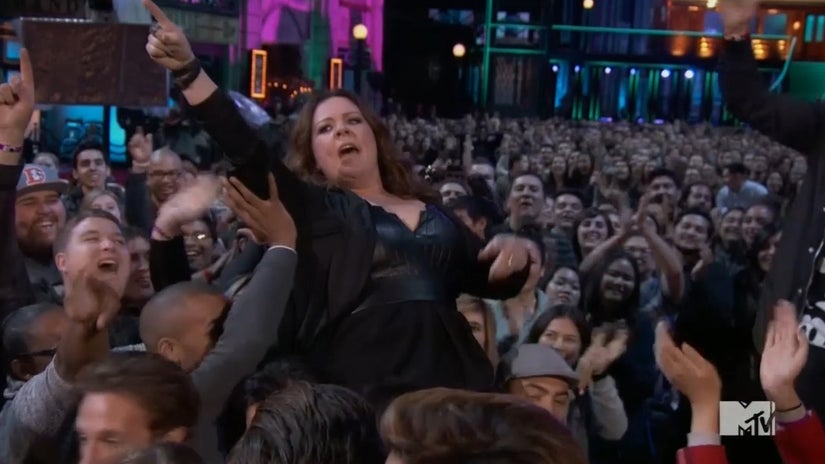 Melissa McCarthy knows how to an entrance!

In order to get to the stage to accept the Comedic Genius award, the "Spy" star had to crowdsurf her way to The Rock and Kevin Hart. When she did get there, she and Kevin dropped her popcorn on the ground. Whoops!

McCarthy went on to name a slew of hilarious females who are worthy of the honor -- Lucille Ball, Bette Midler, and Whoopi Goldberg. 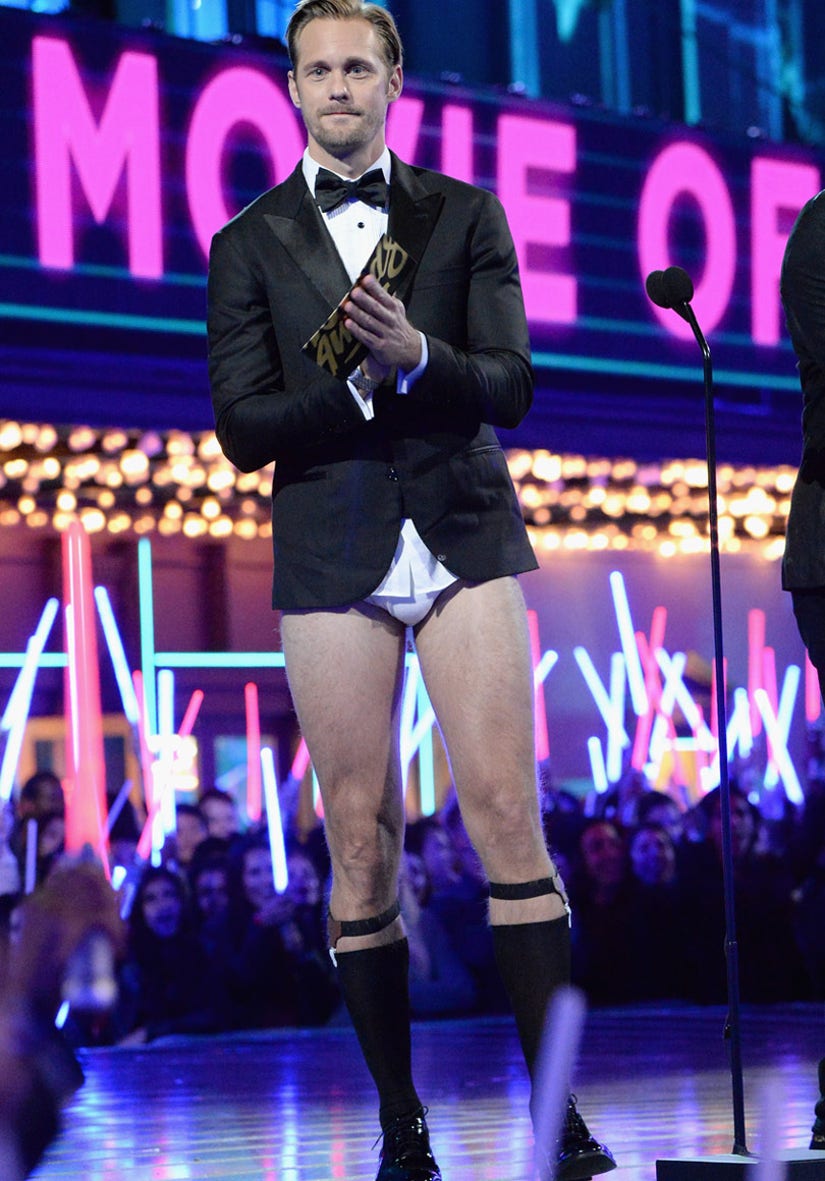 When it came time for the final award of the evening, "The Legend of Tarzan" hunk Alexander Skarsgard decided to give us a hint of what he'd look like in a loincloth, by coming out half-naked to present the trophy.

"You got to give the fans a little skin," he said, before awarding Daisy Ridley and J.J. Abrams with the golden popcorn for Movie of the Year.

Also be sure to click here to see brand new sneak peeks for "Captain America: Civil War," "Suicide Squad" and "Fantastic Beasts and Where to Find Them."