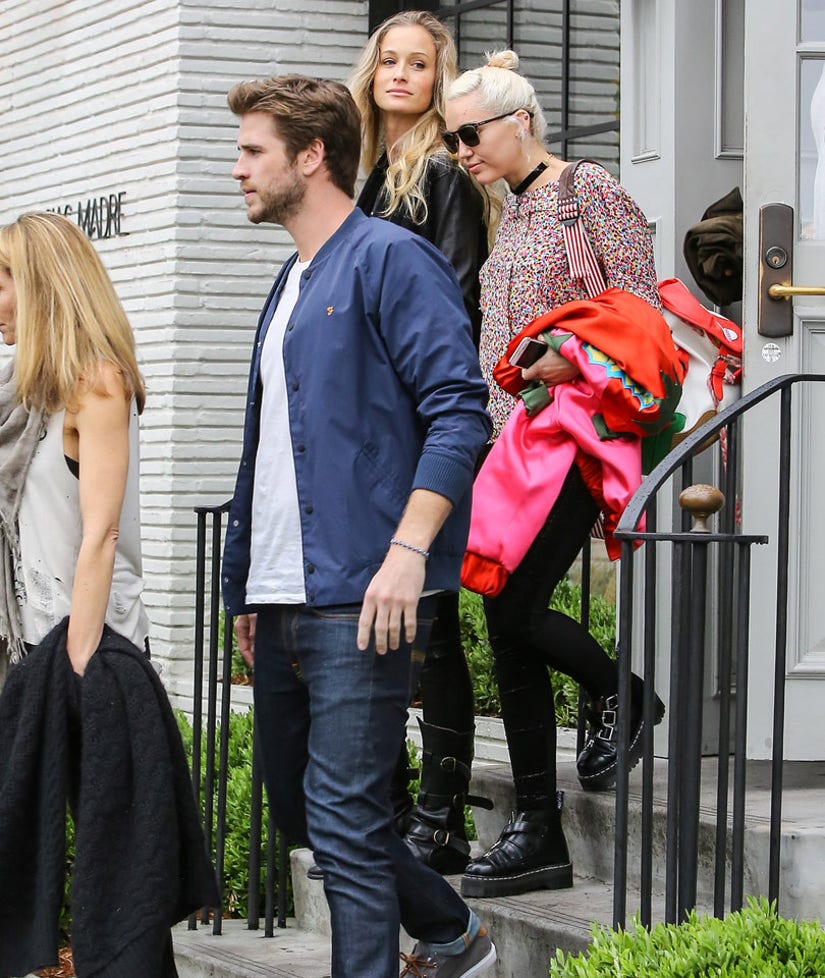 Looks like Miley Cyrus and Liam Hesmworth are going strong!

The on-again-off-again couple was spotted in West Hollywood together on Friday, as they headed to lunch with Liam's brothers Chris and Luke Hemsworth and Luke's wife Samantha.

Miley definitely toned down her look for the outing as she sported black pants, a colorful sweater and a black choker. She styled her platinum blonde tresses in a cute bun and completed her outfit with black sunnies.

Cyrus and the "Hunger Games" star first started dating back in 2010 and announced their engagement in 2012. But, just one year later, the high-profile pair called off their wedding plans and split. 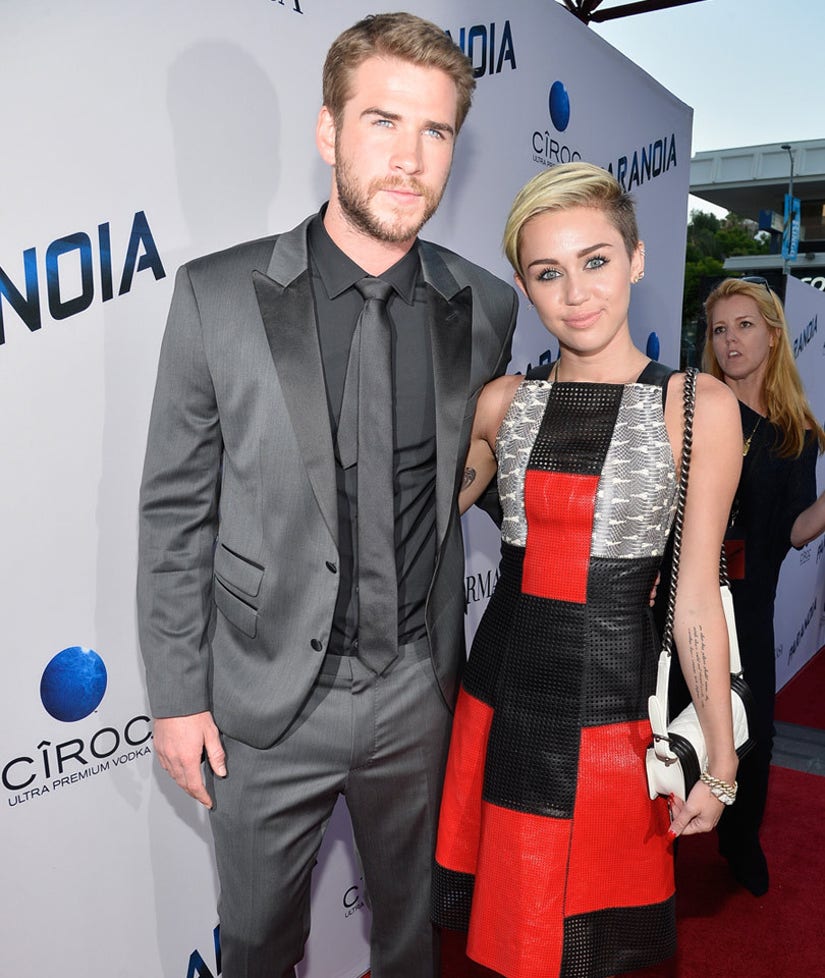 Reports surfaced earlier this year, that Miley had moved into Liam's Malibu home, after the pair were spotted spending New Years Eve together in Austraila. The "Wrecking Ball" singer has even been pictured wearing the engagement ring the actor gave her three years ago.

Though the couple has yet to comment on their rekindled romance, Miley's godmother Dolly Parton confirmed that they were in fact back together in March.

"I was really happy to hear they had gotten back together," the country legend told Entertainment Tonight.

Well, it definitely looks like things are going well for these two -- what do you think about Miley and Liam's public outing? Sound off below and check out the gallery above to see more celebrity engagements!