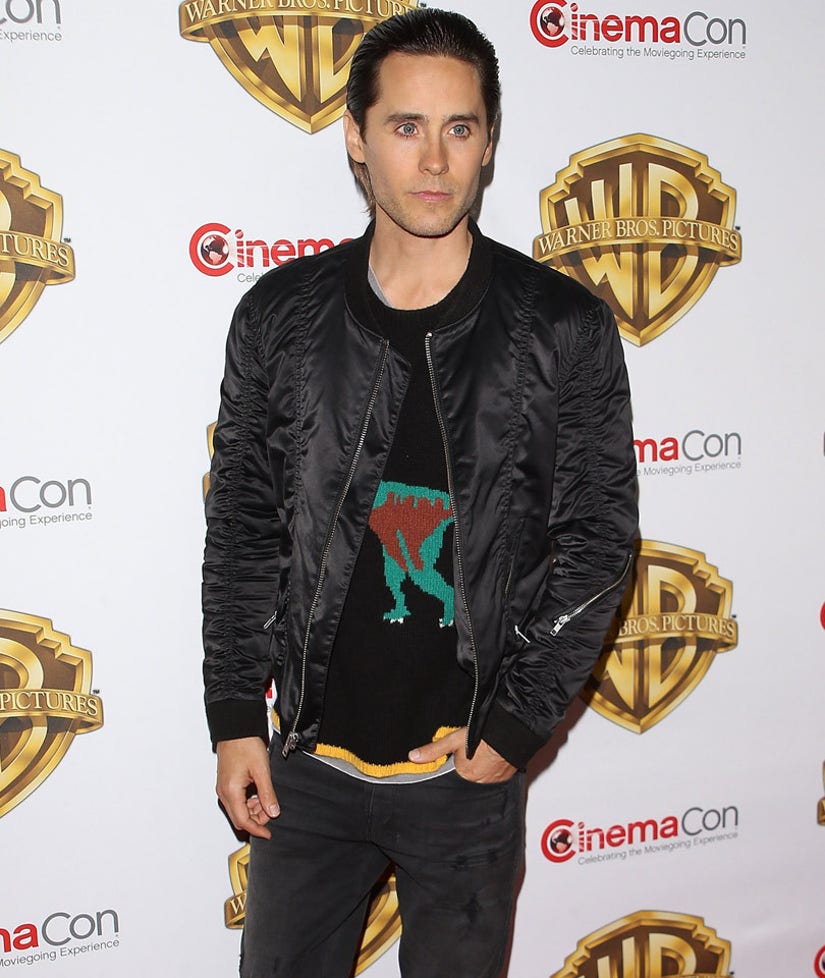 Jared Leto really got into character as The Joker for "Suicide Squad."

The actor opened up about transforming into the villain on and off the set of the upcoming flick while on the red carpet for CinemaCon in Las Vegas on Monday.

"I did a lot of things to create a dynamic to create an element of surprise, a spontaneity and to really break down any kind of walls that may be there," Jared told E! on the red carpet. "The Joker is somebody who doesn't really respect things like personal space or boundaries."

"He went full Joker," Smith said at the event, adding, "He really set the tone. He wasn't playing with it. He was dead serious as an actor. He was going in and he was 100 percent going into this character."

Adewale Akinnuoye-Agbaje, who plays Killer Croc in the highly-anticipated flick, likewise said he received "sticky Playboy magazine's" and a "dead pig" from the Oscar-winner.

"That was a good gift because it had the effect of unifying us as a group because then it became us against him," the actor explained. "We sent the messenger back with the dead pig and our own personalized message. It got the ball rolling."

It definitely sounds like the cast had a lot of memorable moments on set -- what do you think about Jared's creepy gifts? Sound off below and check out the gallery above to see more photos from CinemaCon!