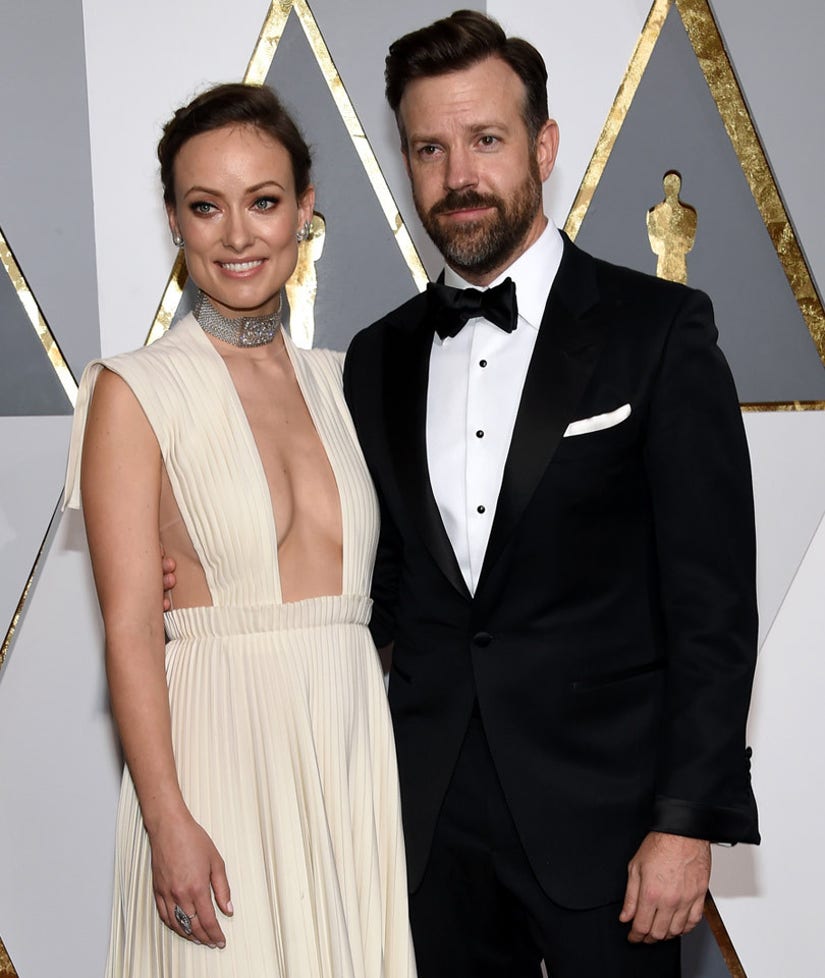 Jason Sudeikis is in the hot seat!

The actor stopped by Bravo's "Watch What Happens Live" on Thursday, where a caller asked the "We Are The Millers" star when he'll marry longtime love Olivia Wilde, with whom he he shares son Otis.

Though Jason and Olivia have been dating since December 2011, got engaged in January 2013 and welcomed their 1-year-old cutie in April 2014, it doesn't sound like the actor is in any big rush to walk down the aisle.

"Jason, not to put you under anymore pressure, when are you going to marry Olivia?" the caller asked the 40-year-old.

"Ohh ... I know this isn't my mom, because my mom is in the audience and I know it's not [Will] Forte," the "Saturday Night Live" alum said.

"Everyone is very concerned about this," host Andy Cohen chimed in.

"They should be, I feel like we are [good] in many many ways," he explained. "I believe that we won't get married until weed is legal in every state," he joked.

"You're the Goldie [Hawn] and Kurt [Russell] of Brooklyn!" Andy noted.

Well, even though it sounds like we won't be seeing Wilde and Sudikis say "I do" anytime soon, it's great to hear that the gorgeous couple are doing well!

What do you think about Jason's candid comments? Sound off below and check out the gallery above to see more of Hollywood's hottest celebrity couples!