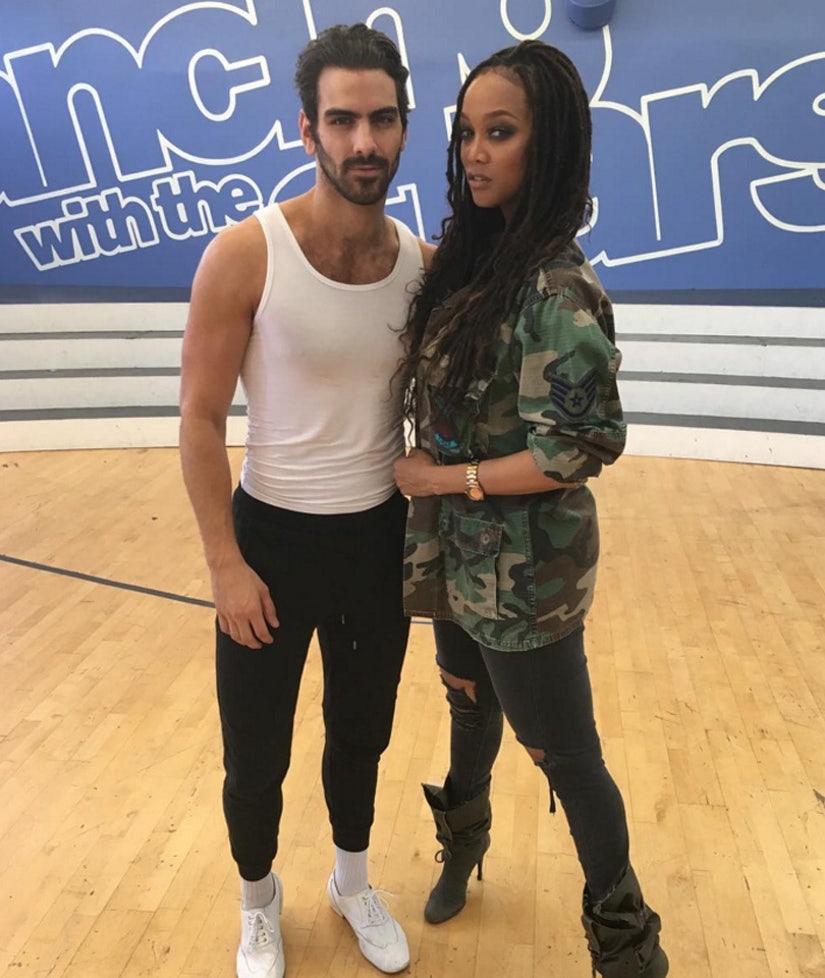 Nyle DiMarco still wants to be on top!

The "America's Next Top Model" winner is currently competing on "Dancing with the Stars" and has one very powerful cheerleader in his corner: Tyra Banks.

The master smizer crashed Nyle's rehearsals on Thursday to give him a surprise pep talk. Still rocking the hell outta those dreads, the 42-year-old pointed out one "crazy" coincidence about the competition.

"I just wanna leave you with something that I find to be the most ironic, crazy thing," she tells him in the video below. "You won Cycle 22 of 'America's Next Top Model' and this is cycle what of 'Dancing with the Stars?' 22! So this is yours, it's right there, you just have to take it!"

See the rest of her motivational moment below, as she tells him to "make me proud!" 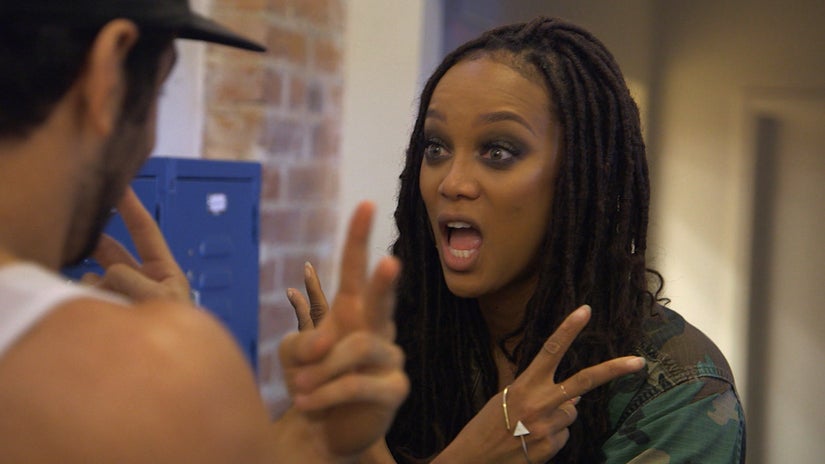 The deaf model, who spoke with Tyra through a translator, was clearly moved by her appearance at the dance studio. After she left, he posted a photo of the duo on his Instagram page, captioning the pic, "Tyra Banks... you beautiful soul... Thank you for coming to #DWTS set. This week means so much more."

See if the pep talk worked when "Dancing with the Stars" airs Monday night at 8pm.

Check out more former "ANTM" stars NOW in the gallery above!