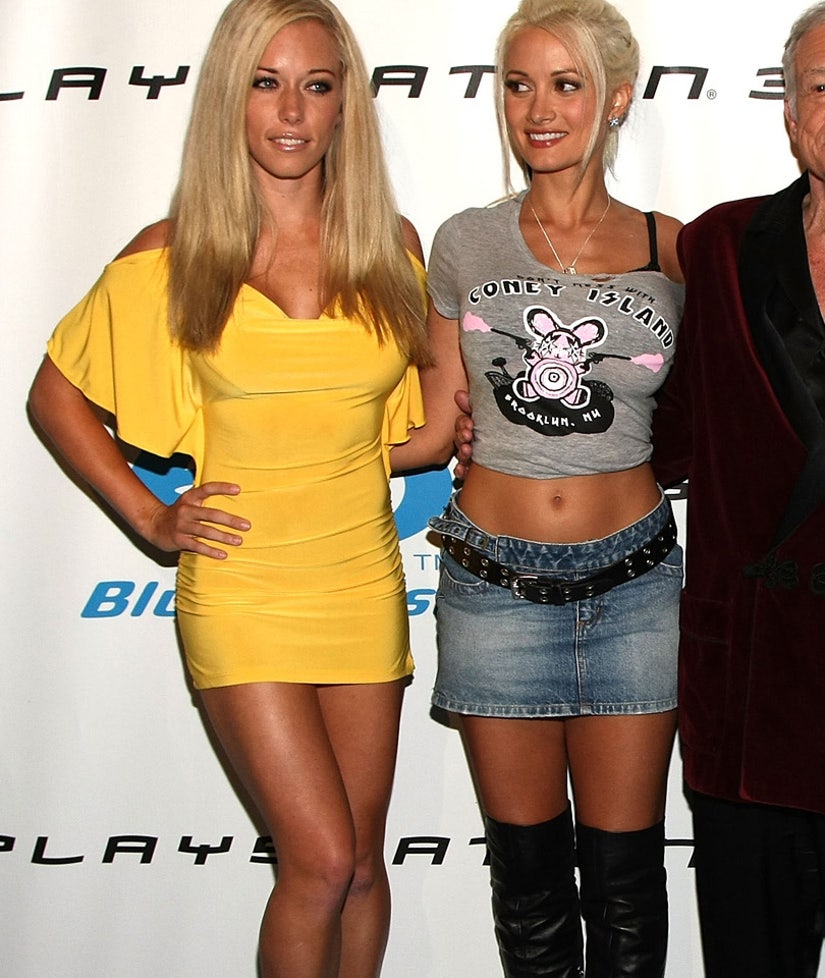 In what might be the first time these two have actually "spoken" at each other since bashing one another in the media, Holly Madison and Kendra Wilkinson traded barbs online Monday morning.

First, Kendra teased that she was meeting up with someone "from the past" ... leaving many to wonder if she could finally be coming face-to-face with Holly. When one fan suggested Madison though, Holly was quick to shut down speculation. 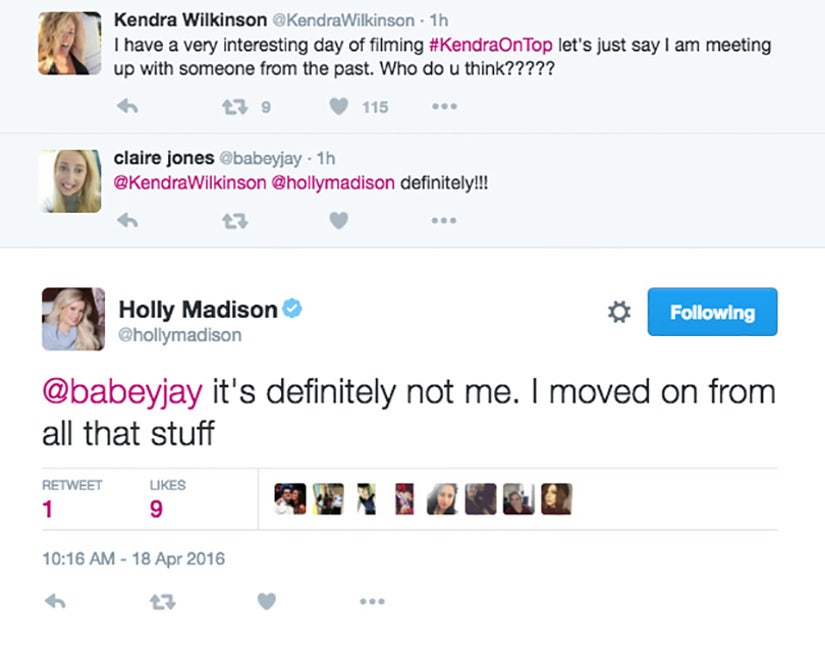 Madison's response didn't sit pretty with Kendra though, who lashed back in a series of tweets that have since been deleted. 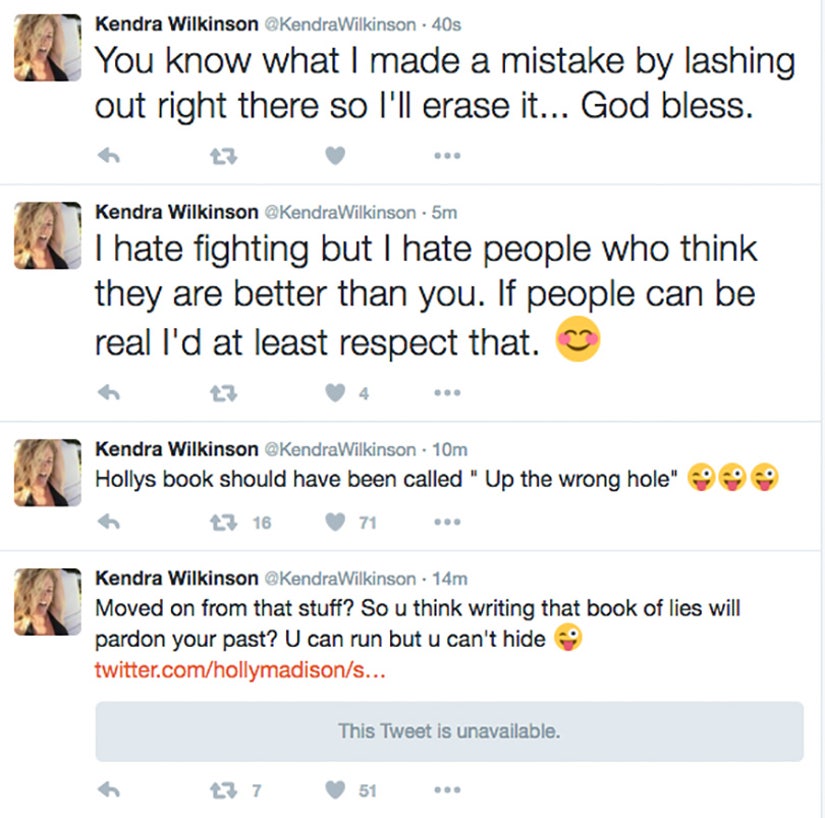 The deleted tweets include Kendra suggesting Holly should have named her "Down the Rabbit Hole" memoir, "Up the Wrong Hole" instead, calling it a "book of lies."

This feud started last year, after Holly said some not-so-pleasant things about her former "Girls Next Door" costar in the tome.

Hef's former number one girlfriend said she remembers Kendra having a "sense of entitlement" when she arrived, after asking for a big room, a new car and money to get her teeth fixed. "I don't miss her," she added in the book.

On the new season of "Kendra on Top," there's been a lot of talk of a potential reunion -- something Kendra doesn't think will ever happen.

"I don't know. Honestly, it's being talked about right now but it's highly unlikely," Wilkinson tells toofab of a special involving all three girls and Hugh Hefner. "There are some people onboard, [but] I don't know if everybody is onboard."

If a gathering of the gals were to happen, it'd be the first time Kendra and Holly would be in the same room since the feud began -- and the former tells us she has some big questions for her one-time costar.

Our guess for who she's meeting up with today: her other former roomie, Bridget Marquardt.