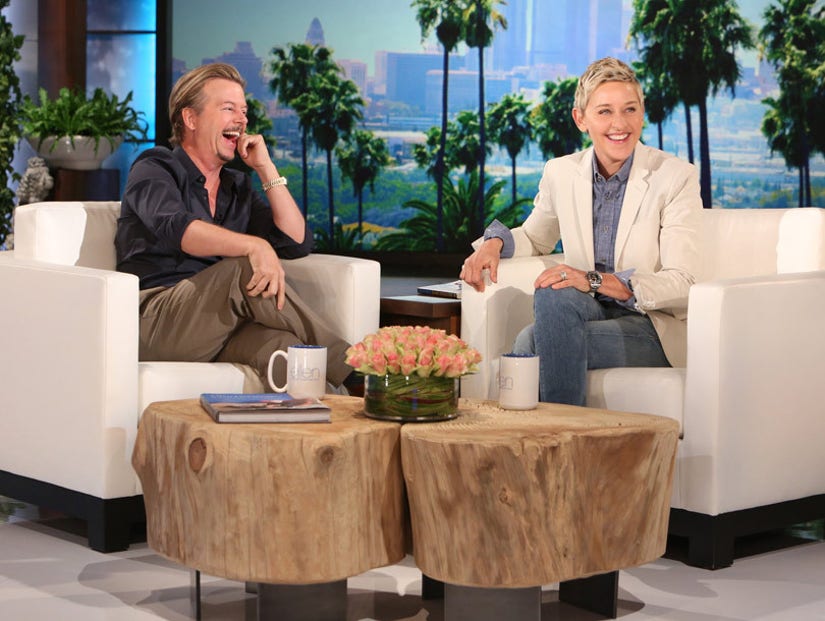 David Spade just might win the award for most awkward moment with Adele!

The actor admits that he got starstruck when he saw the "Hello" singer, but he had enough liquid courage to go up to her and say ... Hello.

"I saw [her] out in the real world. I don't get star struck that much and I was a little star struck," he tells Ellen DeGeneres on Tuesday's show. "I was out having sushi and she comes traipsing in with her squad. And I could tell, she's so pretty no makeup just walking in. I was like, I think that's Adele. I go, I'm not gonna say anything because I'm not like that ya, know?"

With a few drinks under his belt, he couldn't resist the urge to chat up the pop star.

"I go, 'She'll be mad if I don't say something,'" he explains, describing the cringe-worthy encounter. "She has a body guard and there's this little curtain room so I go, I don't want to just bust in so I do the procedure where I walk up and he's like "And you are?'... And I go, 'Hey, can I go talk to Adele. I'm sort of a medium star.'"

Apparently, that was enough to get David to her table!

"I go in. I don't say hello. I don't give the cornball [line], I go 'Wassup?' I gave her the American one," he recalls. "So I go, 'Hey Adele, I'm like really good looking in America. I don't know what it's like [but] I'm a huge deal over here,' and ya know blank looks. But then I talked to her and she was very sweet. She goes, 'I'm playing the Staples Center in August.' I go, 'Ooo that whole month is tough for me.'"

And it just keeps getting more and more awkward ...

"She invites me and I don't even know what I'm saying because I'm a little loopy, buzzed, and of course I stay maybe a solid minute too long because I was yammering away blah, blah, blah," he jokes. "I said, 'Let's do this at my house next time. I have a huge back yard. What am I talking about, why am I saying this?' It was probably four minutes too long."

We told you it was embarrassing!

Check out the clip above to hear him tell the funny story (we're guessing Adele's face looked just like this, right?). 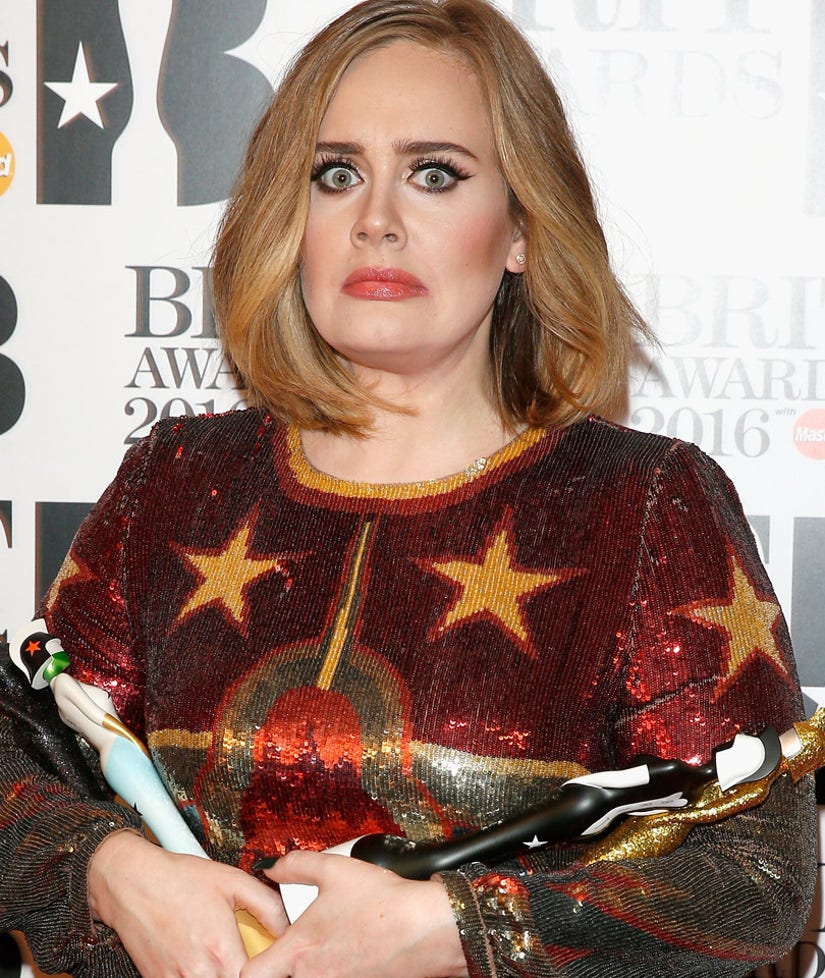