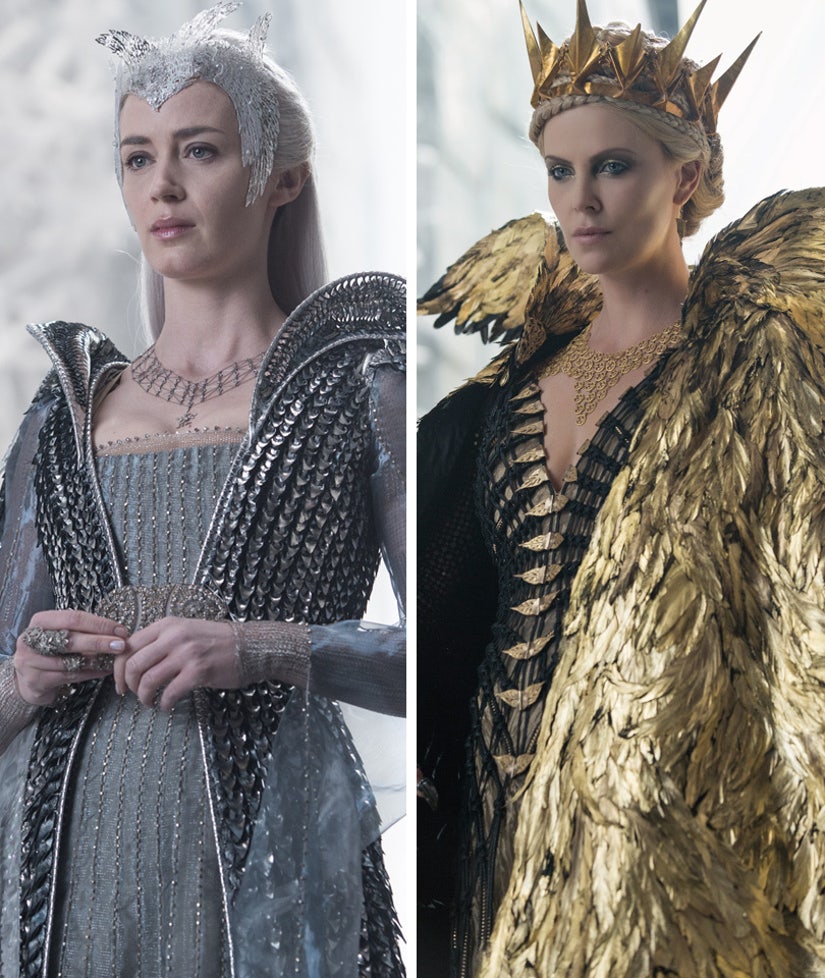 Throw in a pair of warriors, an army of huntsmen and some dwarves for good measure, and it's clear Colleen Atwood had her work cut out for her for "The Huntsman: Winter's War."

The Oscar-winning costume designer returns to the "Snow White and the Huntsman" franchise for the new prequel/sequel, conjuring up some killer looks for Ravenna (Charlize Theron), ice queen Freya (Emily Blunt) and a pair of battle-worn fighters played by Chris Hemsworth and Jessica Chastain. From gold dipped cloaks to intricately braided gowns, the insane getups of this film certainly catch your eye.

Keep reading to see what Atwood told toofab's Brian Particelli about the challenges of working on a sequel, which superheroes she'd love to get her hands on and what she thought of Wonder Woman's latest look in "Batman v. Superman: Dawn of Justice." 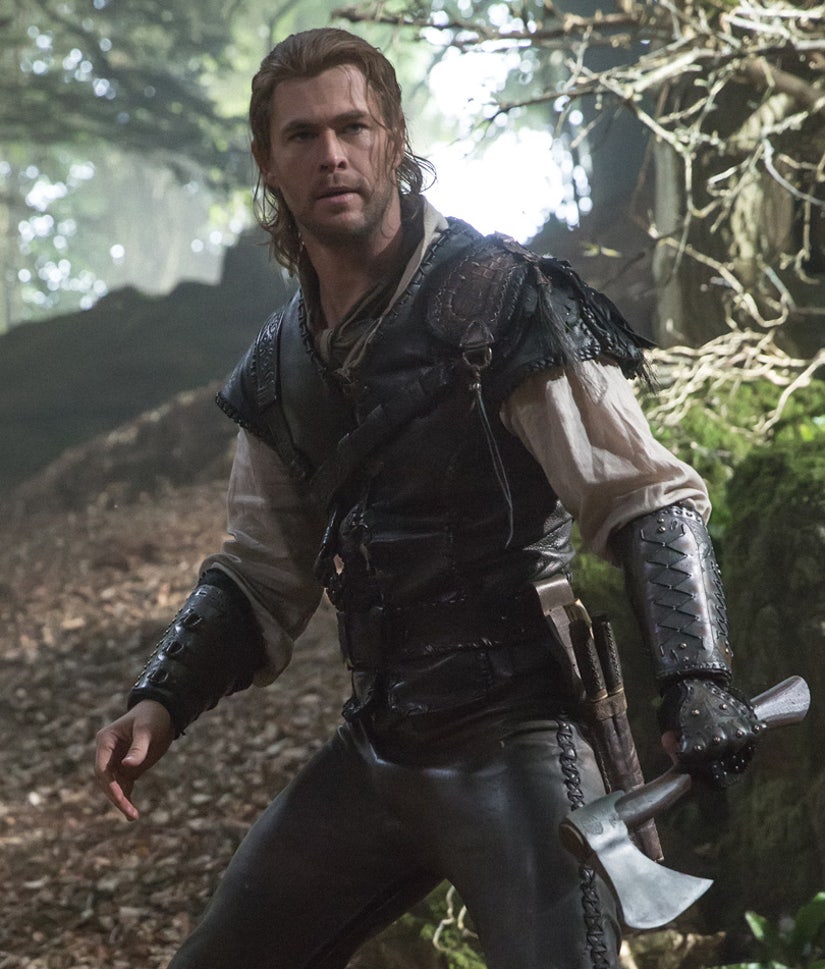 toofab: When you're returning to a franchise, is it fun to find something new for a character you've already worked on, and is it hard to top yourself?

Colleen: Well, it's a challenge to revisit and up the ante, but luckily, there were so many things I didn't do in the first one that I would've liked to have done. So, I was really lucky in the fact that I could just, you know, go crazy with this one.

toofab: And now, this film, there are three very distinctive styles with these three main female characters. Which one was the most fun versus the most challenging?

And then, combining the sisters as being sisters, and having kind of the same roots, but having grown in different directions, was an interesting challenge in this. Revisiting the Huntsman and the army was really fun to do again, because you run into such amazing craftspeople and stuff that inspire you to, you know, to get great ideas in other ways.

toofab: I wonder how it feels for you when you see fans try and replicate these looks for, like, Halloween costumes or conventions. I saw a ton of Ravennas in 2012 when the first movie came out.

Colleen: I think it's the highest compliment a costume designer can have, is to have it sort of have a life of its own after the movie, and its own interpretations, you know? 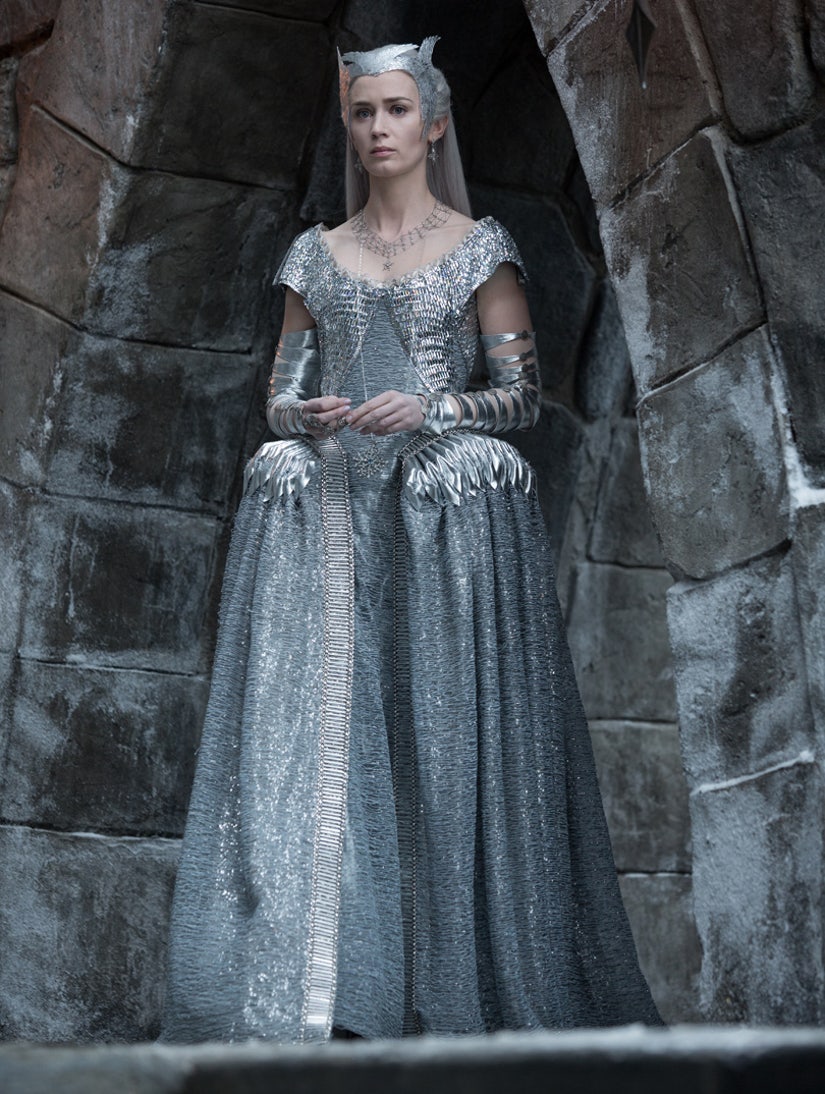 toofab: And does it help, working with someone again?

Colleen: Yeah, for sure. You know who they are. I'd worked with Emily previously on "Into the Woods," So, I knew her. I hadn't worked with Jessica before, but I'd worked with Chris, of course. So, it's nice to know them, to know the things that you can do to help make them feel good in their clothes, as much as it's possible with the design that you've got in place. Which is not easy stuff to wear. It's not for the weak of spirit, to wear those clothes.

toofab: How much do you look at current trends and runway looks when you're doing big pieces like this?

Colleen: I keep up with fashion. I usually buy the book every year of all the collections, couture and stuff. It's fun to see what materials are out there that I might miss on the street, you know, and be inspired by it. So, it's kind of a combination of period research and sort of contemporary fabric shopping and material kind of things. And then having all these crazy craftspeople that just sit in the corner, and then you turn around, and they've made some amazing braid with chain in it and stuff, and you're like, "Whoa!" 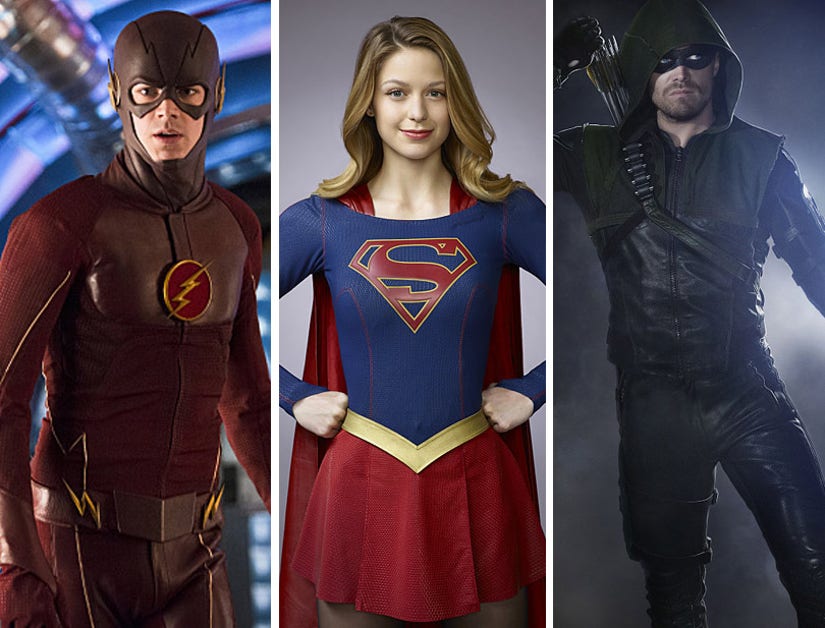 toofab: Now, I know, you've done a lot of work with the DC television universe [She created the signature costumes for Arrow, The Flash and Supergirl]. I was wondering if there's superhero that you'd love to get your hands on.

Colleen: Oh, gosh. I mean, I loved doing, I really loved doing "The Flash," because he's such a great character. And, you know, "Supergirl" is really fun. I'd love to do another woman. All the really kind of kick-ass woman superheroes.

toofab: What do you think of the latest Wonder Woman?

Colleen: You've put me on the spot!

toofab: Sorry! We're just curious on your thoughts, from a costume designer perspective.

Colleen: I think it's good. I think it's a step in a powerful direction. I like some of the retro stuff more, myself. But I think it's always fun. It's always fun to look back at the journey of these women in comics. It's so tied in with the time period that they were done, that it's fun to kind of keep it pure, and sort of less kind of designed, in a way that I like, that I kinda tried to do with the DC stuff I did. Because it's for TV, and it's less big budget, and different kind of thing and they give me a lot of freedom. And I think for designers, that's really a nice thing, especially with superheroes.

toofab: And now, last question: what's the last film you saw that you didn't work on, but thought, "Wow, I really wish I could've been a part of that"?

Colleen: I really, really liked the costumes that I recently saw in "Crimson Peak." I thought they were really beautifully executed, gorgeous costumes. I sort of missed the move in the time it came out, but I really - I thought it was a good old school horror movie. I liked it a lot.

Check out Atwood's designs on the big screen when "The Huntsman: Winter's War" hits theaters this weekend. 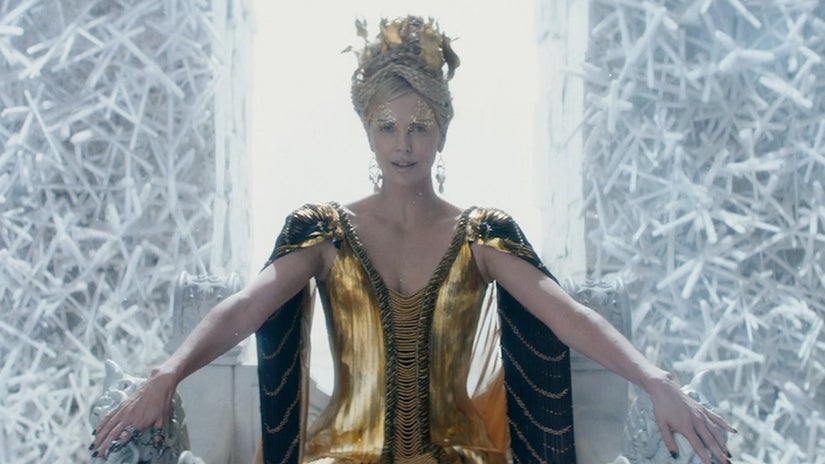