This might be the cutest thing you see all day!

Gwyneth Paltrow appeared on a new "Toddlerography" segment with James Corden for Tuesday's "The Late, Late Show", where the duo take an "intense" dance class led by some pretty adorable toddlers.

Check out the clip above to see the cute kiddies' moves!

The skit opens with James and Gwyn stretching and chatting, where Corden reveals he's heard the instructor made "Beyonce cry."

"Just don't look her in the eye," Paltrow says as the tiny tot walks in. 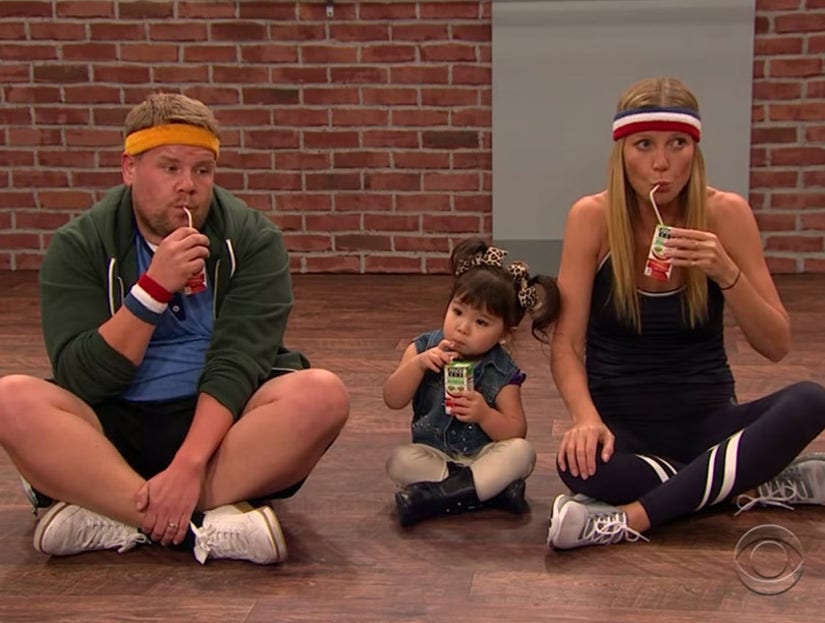 After a series of hilarious kicks, splits, body rolls and hip thrusts, Corden and Paltrow we're ready for a nice cold drink ... of apple juice.

"That was intense," the comedian says after the workout, with Paltrow nodding in agreement.

What do you think about Gwyn and James' moves? Sound off below and check out the gallery above to see more leading ladies then and now!