Meghan Trainor just might have found her "Future Husband."

The "No" singer is put in the hot seat on today's episode of "The Ellen DeGeneres Show," when the talk show host quizzes her about her love life in a fun game of "Celebrity Who'd You Rather."

"Wait, wait, wait, who'd you rather what?" the Grammy-winner asks. "Whatever you want!" DeGeneres replies with a big grin.

The game starts off with Drake in the lead, as Trainor bypasses Zac Efron and Harry Styles in favor of the "Hotline Bling" hunk. He is quickly dethroned when actor Michael B. Jordan pops up on the screen.

That's when things take a fun turn -- Leonardo DiCaprio trounces the competition ... round after round. 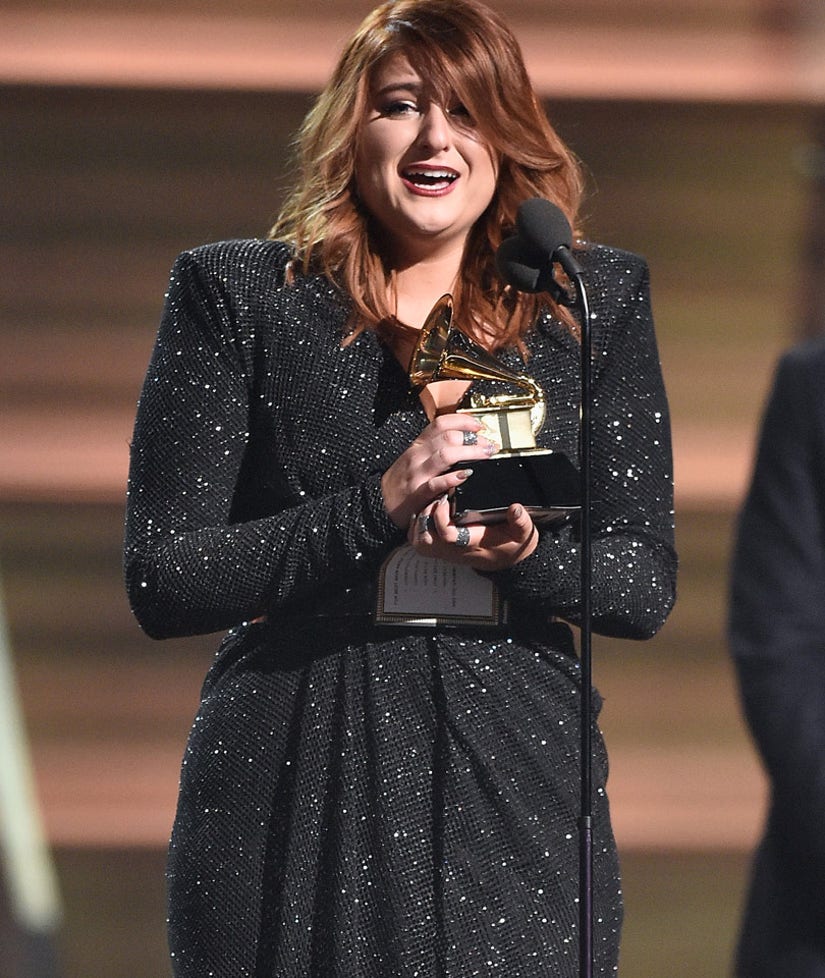 While Meghan still may be waiting for Leo to sweep her off her feet, she's certainly thriving in her career.

She won her first Grammy for Best New Artist in February, but two months later, she still hasn't received her award.

"They're building it, I guess, from scratch," she tells Ellen. "It's not here, but it's coming this month."

In true Ellen form, she had made arrangements to present her guest with her trophy!

Much like on the award show stage, Trainor immediately bursts into tears. "Is this real?" she asks. "This whole interview is ruined."

Check out the clip to see her reaction!