The tributes keep coming in.

Corden, who had already begun filming segments with stars like Jessica Chastain, Chris Hemsworth and Charlize Theron for Thursday night's "The Late Late Show" when news broke of Prince's death, used his opening monologue to address the tragic loss.

"I was lucky enough to see him live many times," the comedian said in his opening speech. "I saw him in stadiums and arenas, and I saw him in quite a few smaller venues, too. 'Cause whenever he'd play a big show in London, he'd often announce form the stage that he was going to play another show later on that night somewhere across town. It was so exciting. You'd rush across and you'd try to get in. And at times like this it's easy to feel incredibly sad. But I feel like today is about celebrating the incredible life that he led and the brilliant songs that he gave us." 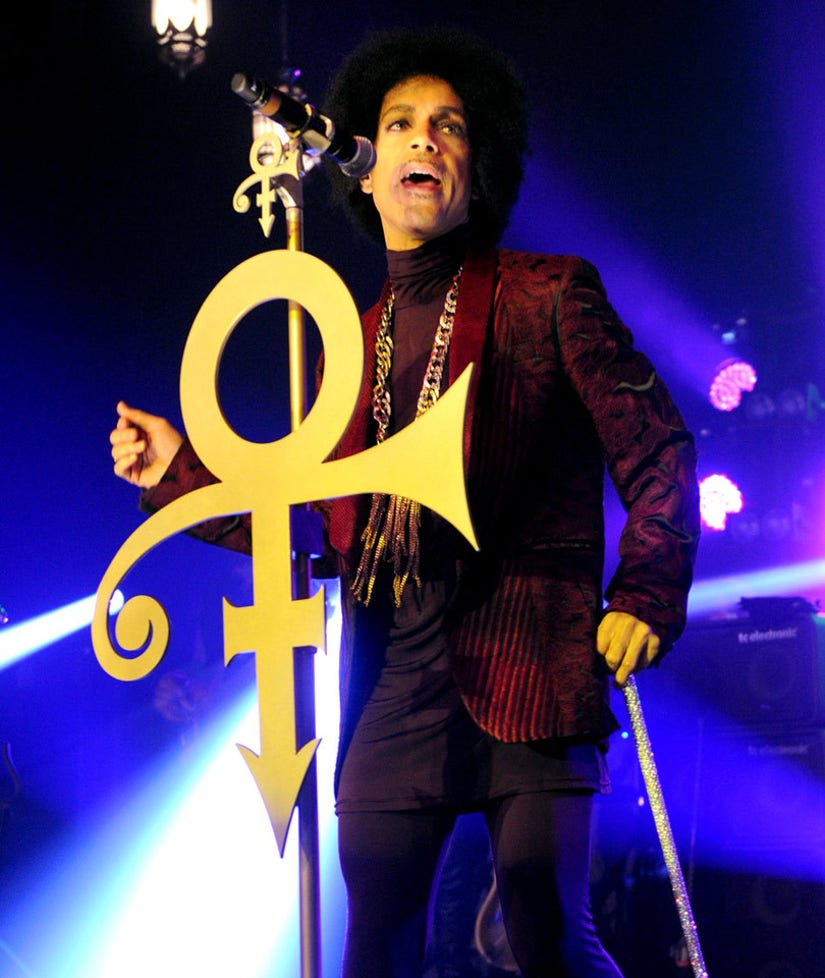 The British comedian wasn't the only late night host who used his platform to share a few kind words about the "Purple Rain" singer -- Colbert had his "The Late Show" house band performer Jon Batiste share a few sweet memories about his time with the pop star.

"He had a huge aura. His energy and presence in the room kind of filled everybody's hearts," Batiste recalled. "He had a certain kind of way of knowing what was going on."

"Besides being a beautiful artist, not many people are as influential enough to be known by one name, let alone by one color. But he was," Colbert explained, as the lights changed to purple. "So in a small gesture of respect tonight we'd like to change the set in his honor."

Tom Hanks, who was a guest on Thursday's "The Late Show" also shared some kind memories about the "While My Guitar Gently Weeps" singer.

"It's a tough day. I'm going to be 60 this summer. Sixty is the new 58. I don't know if anybody has told you that. But I saw Prince on either' Don Kirshner's Rock Concert' or 'the Midnight Special.'Remember those horrible music shows? He was a young guy and I just said, 'Who is this grand funkmister that's going to take us to the revolution?'" he remembered. "I'm sitting in my dad and my stepmother's house and I'm just trying to stay up late because that's the only truly controversial thing I can do because I'm such a p--sy, you know? 'I'm staying up 'til 1:30 tonight and I don't care who knows!'"

"It's not often that you watch TV and you think, 'this is a brand new thing.' Because he was really funky in the late '70s. am I wrong? It was like, 'Finally! Someone has cracked Rick James' code.' He took it and elevated it," he continued. "That was just the beginning of decades. Now he's gone and God bless him. We're going to miss him."

And Trevor Noah, who took over for Stephen on "The Daily Show" closed the night with a special mention to Prince.

"Today, as you all know, we lost more than just a man. We lost an icon. We lost a leader. We lost in many aspects a genre in itself," he said in his closing statements. "Prince, we'll always remember. We will always love you. Your music changed our lives and I think it will continue to do that. Today we would like to dedicate our Zen to you."

The show wrapped with footage of Prince performing "Reflection" from MTV's "Unplugged."

What do you think about their late night tributes? Tell toofab in the comment section below and check out the gallery above to see more photos from Prince's incredible career.