In a hilarious new video via Buzzfeed Celeb, promoting "The Nice Guys," Gosling gets an intervention from costar Russell Crowe about the "Hey Girl" meme, which has become synonymous with the sexy star.

Check out the hilarious skit above to see Ryan's faux-meltdown!

"Don't you think that I have a right to know that you're engaging in this kind of commercialism?" Crowe says to Gosling about his "Hey Girl" merchandise. 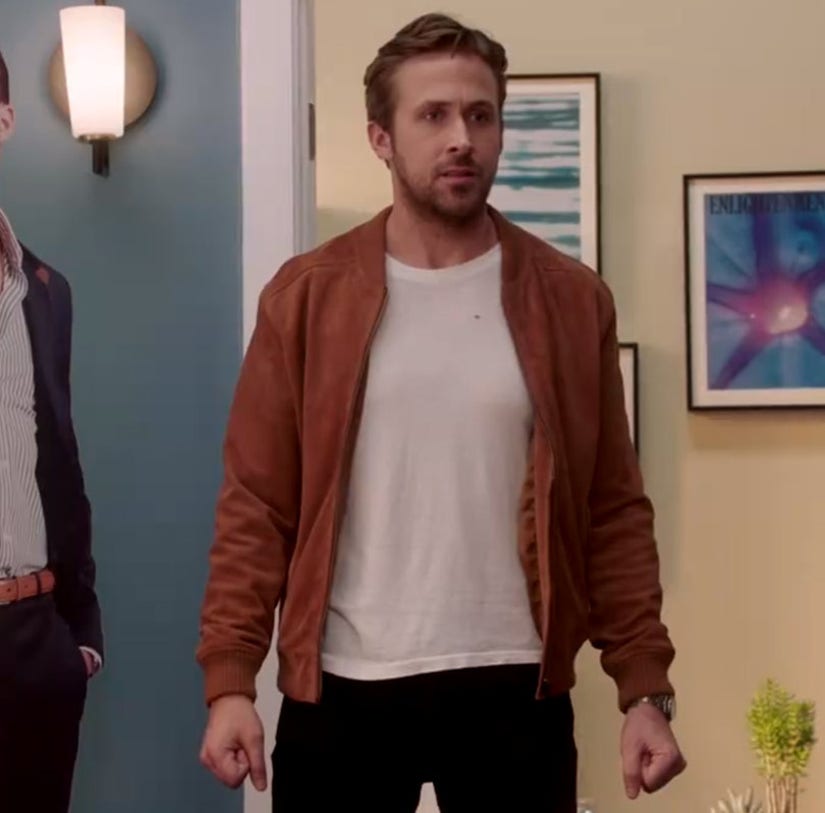 "I didn't have anything to do with it," the "Notebook" star exclaims.

"I never said it," he continues. "I understand if you're in a movie and you say 'you complete me' or 'I'm just a girl standing in front of a guy' and that follows you around and you gotta own that. But I never said it."

Ryan has long maintained that he has never once uttered those words, even telling a panel at last year's SXSW he's never said "Hey girl" in any project ... ever.

While the "Place Beyond The Pines" star isn't thrilled about the word association, we're kind obsessed with the meme which originated on Tumblr back in 2008.

What do you think about the actor's hilarious freak out? Sound off below and check out the gallery above to see more sexy stars!