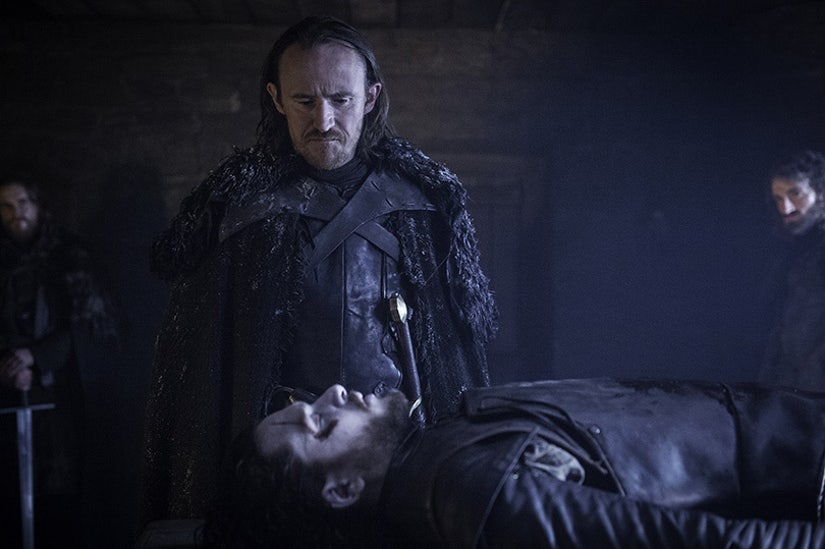 Let's get one thing out of the way: Jon Snow is still dead ... for now.

Looks like the showrunners weren't lying when they said Kit Harington's character wouldn't be breathing when the show returned. Whether he stays that way, though, remains to be seen.

The season premiere kicked off right where the finale left off, with Jon dead in the snow at Castle Black. But instead of focusing on him, the episode instead focused on the women of Westeros, posing some interesting questions for the season ahead, as well as some major revelations.

Let's dive into the 5 burning questions we have after "The Red Woman." 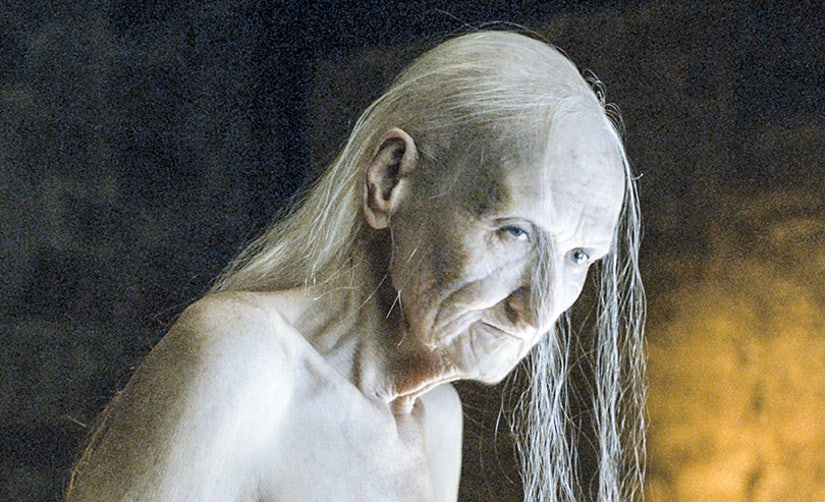 1.) What's up with Melisandre?

Yep, we need to talk about "The Red Woman," the mysterious lady this episode is named after.

Melisandre was convinced Stannis Baratheon was the second coming of Azor Ahai -- and learning of his death has sent her into a tailspin. At the end of the episode, clearly disappointed that her visions weren't correct, she removes her red necklace and reveals her true form.

Instead of the young, gorgeous, red-haired woman we've come to know, it appears Melisandre is actually an incredibly old woman, who's been kept young via the magical amulet.

"I was really happy when I read that we were going to reveal that this year," actress Carice Van Houten told EW of the reveal. "I don't think a lot of people will see that coming. It makes her immediately more vulnerable, but also more wise and even more mysterious. There's also a vulnerability in her age."

It almost appears like she's given up -- but Davos still wants to use her to get revenge on the men who killed Jon.

Do you think she'll still manage to use her powers to bring him back? 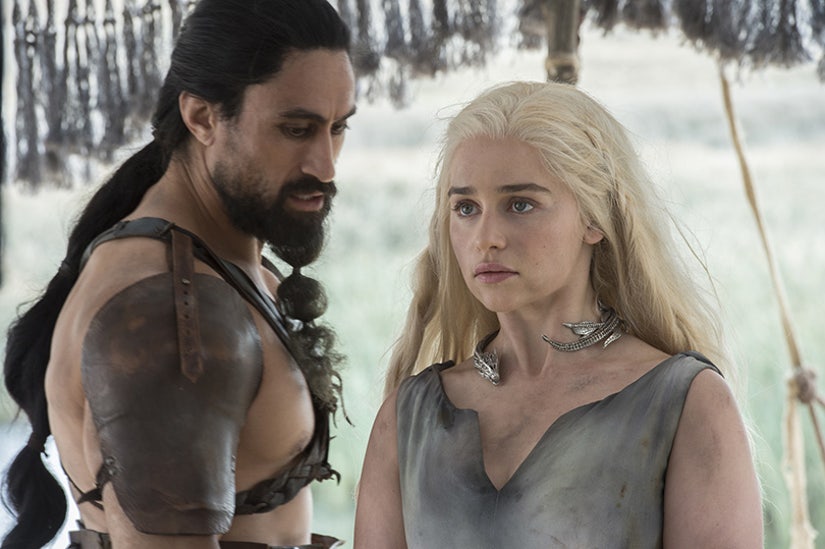 2.) Where the hell does Dany have to go now?

At the end of last season, we saw Dany get surrounded by a tribe of Dothraki. Last night, we see them kidnap and take the Mother of Dragons back to their camp.

Once there, it's clear the women of this tribe want nothing to do with her, telling their leader to cut off her head immediately. Thankfully, she tells them that she's the widow of Khal Drogo -- making her off-limits to anyone else. Phew.

The downside: She's going to be sent to Vaes Dothrak, a city where the widows of past khals are forced to live out the rest of their lives. We don't see this sitting well with our Khaleesi, who was a serious contender for the iron throne.

Will Jorah and Daario find her in time? 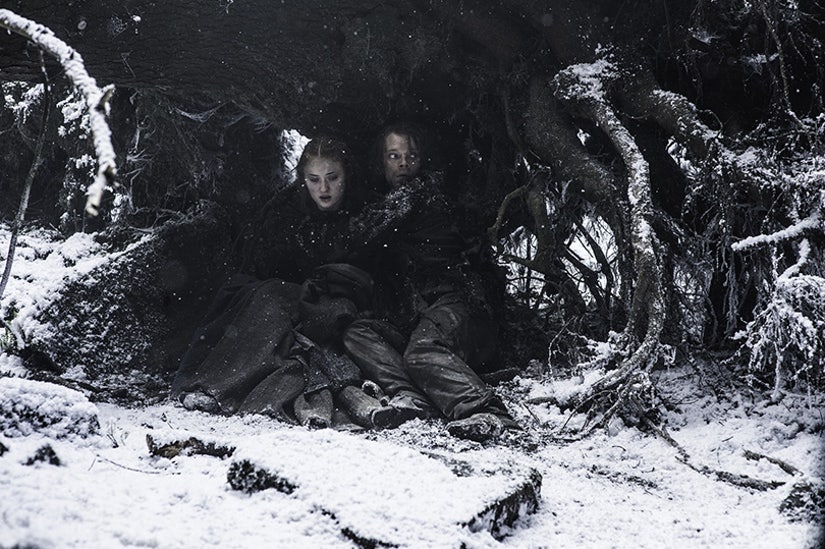 After escaping Ramsay's clutches by breaking out of Winterfell with Theon, Sansa is nearly captured once again -- until Brienne of Tarth and Podrick come to their rescue.

After taking out a small battalion of Bolton's men, Brienne swears her allegiance to Lady Stark for the second time. This go around, Sansa finally accepts her protection.

It's unclear where they'll go from here. Theon really wanted Sansa to travel North to find Jon at Castle Black. Hopefully, they don't do that anytime soon, since he's dead and all (for now).

If they don't head North though, where will they go instead? Either way, with Brienne on her side, Sansa is a force to be reckoned with right now! 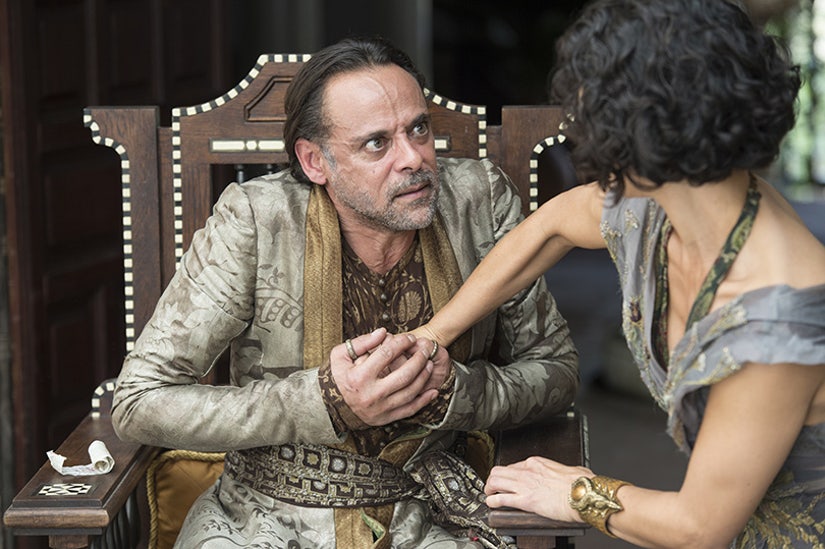 4.) What will Ellaria and the Sand Snakes do now?

The lover of the late Oberyn Martell and their bastard daughters, the Sand Snakes, make quite a few BIG moves this week.

The ruler of Dorne, Doran Martell, soon learns that Ellaria has betrayed his confidence by poisoning young Myrcella Lannister. He doesn't have much time to reflect on this though, as she and one of her daughters kill him seconds after he puts two and two together. 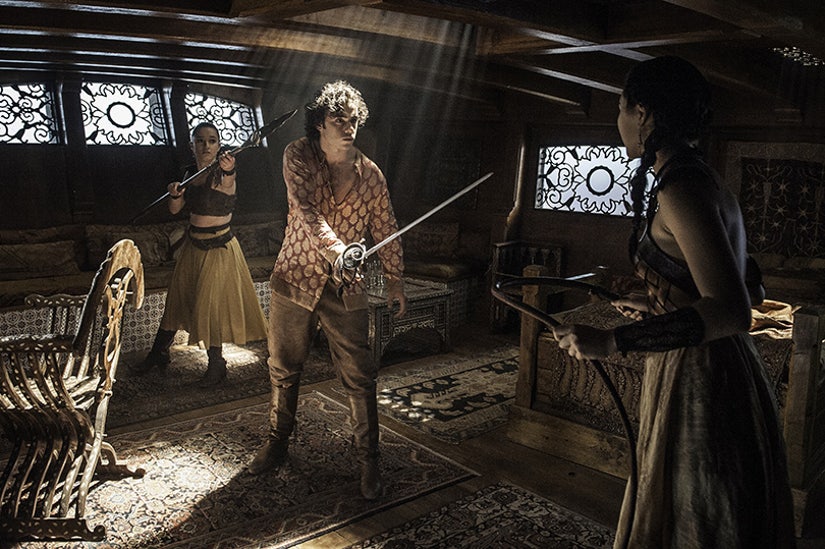 Where are the other two Snakes? Aboard a ship in King's Landing, where they take out Doran's son, Trystane.

With the Martells out of the picture, will Ellaria and her daughters take over Dorne? And what are their plans for the future? We know they hate the Lannisters with a passion, could Tommen be next? 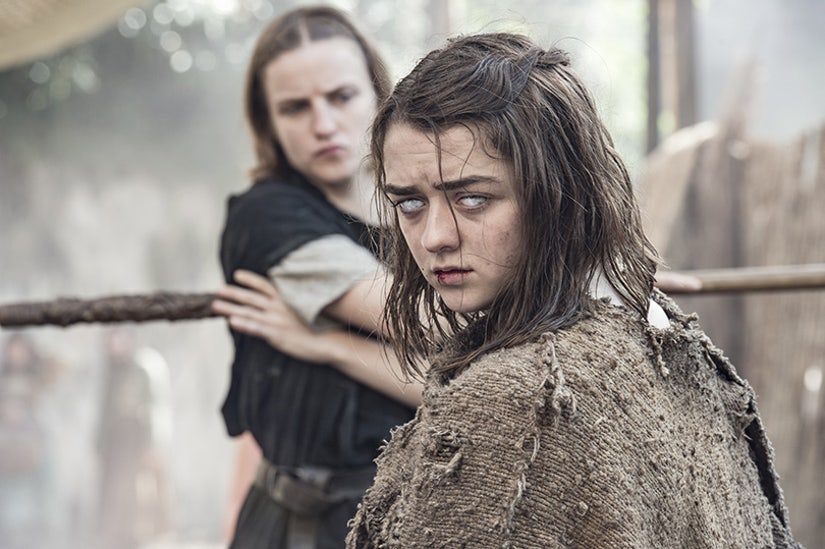 5.) Will Arya regain her sight?

Poor Arya. After being punished with blindness by Jaqen H'ghar in the season finale for seeking vengeance on the man who killed her sword trainer, the youngest Stark daughter is still blind.

Penniless and begging on the street, Jagen's assistant Waif shows up and delivers a brutal beating.

It sounds like she plans to return on a daily basis -- so Arya better start learning some "Daredevil" moves ... and fast!

What did you think of the season premiere? Sound off below!