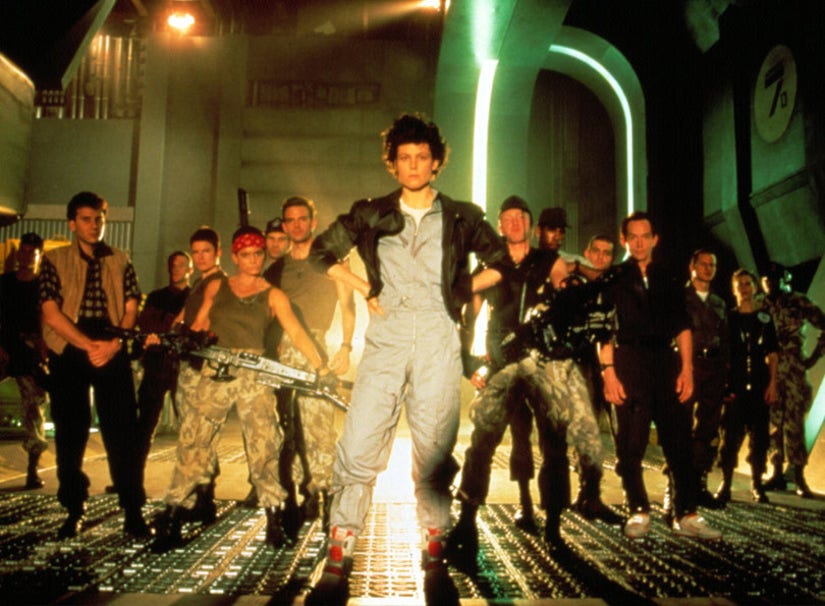 Note: This article was originally posted on 4/16, "Alien Day," but being re-posted for the film's 30th anniversary.

30 years ago this July, one of the best sci-fi films of all time first hit theaters: "Aliens," James Cameron's action-packed sequel to the already-amazing "Alien."

Star Sigourney Weaver scored an Oscar nom for her work as Ellen Ripley in the flick and went on win acclaim for work in "Gorillas In the Mist," "Working Girl," "The Ice Storm," "Political Animals," as well as star in sequels to "Ghostbusters" and the "Alien" franchise.

The director's career flourished as well, with "Terminator 2," "True Lies," "Titanic" and "Avatar."

While the rest of the supporting cast continued to find work as well following the 1986 box office hit, one star never filmed another movie. That's right, "Aliens" was Carrie Henn's first and only film credit.

A 4th grader at the time, Henn played the resourceful Rebecca "Newt" Jorden, the sole survivor of a terraforming colony on the doomed planet, LV-426. She left Hollywood before the film's release though, and never went back.

Ahead of her 40th birthday, Henn joined costars Jenette Goldstein (Private Vasquez) and Ricco Ross (Private Robert Frost) for a special screening at The Ace Hotel in Downtown Los Angeles, hosted by The Alamo Drafthouse for "Alien Day." A nod to LV-426, the celebration was held on April 26, 4/26.

After the film, the trio fielded some questions for a Q&A, where she revealed she's a school teacher now.

"I teach fourth grade," she told the crowd. "I was in 3rd grade when they cast me, I was in 4th grade when we filmed 'Aliens,' which is kinda weird, [I teach] the one grade I don't have school pictures for."

"My dad was in the air force and we moved to this town 30 years ago, right before 'Aliens' came out, so everyone pretty much knows me," she says of life in Atwater, California. "It's not really a big deal. The kids [her students], they get a little excited. Many, many years ago, when I was substituting, a girl came up to me and goes, 'You know, it's kind of cool that you were in a movie. But if you were Britney Spears, it'd be so much cooler.'"

"My students now, they are really into it and some of them have watched it," she continued. "Sometimes I'll have kids come up to me with copies of the DVD and they go, 'My dad's a big fan, this is the only teacher conference that my dad ever went to and his birthday's coming up,' and they pull out the DVD and I go, 'Would you like me to sign it?' 'Yeah ... are you gonna charge me?'"

She explained how her most famous line -- "They mostly come at night. Mostly." -- became the bane of her existence once she started attending college. "When I was going to college, we'd go out at night to get a drink, and [my friends would] be like, 'Hey, you wanna go out?''Sure.' 'We mostly go out at night.' Everything would go back to that."

Henn added that university friends would also bet her money she couldn't scream as well as she did when she was a kid ... a bet she always took on and won.

Looking back, Carrie only shared great memories of working on the freaky flick.

"You would think I'd have nightmares about it, people don't quite understand why I don't, but I think it's because they made it into such a fun experience for me," she explained. "It was just amazing. I got to go down that huge slide, and James Cameron said, 'If you do this right, it's all yours.'"

"He put a sign up there that said 'Adults: one pound, Children: free."

Director Neill Blomkamp still planning his proposed "Alien 5," a film Sigourney says takes place following the events of "Aliens," in a " in a parallel universe" from the later sequels. On Tuesday, the director shared a photo on his Instagram feed showing concept art of what Newt would look like now -- and the pic looks a lot like Henn.

The moderator had to ask: had she seen the pic ... and what's going on there?

"I saw that picture when it was posted to my Twitter about a million times and that was the first time I've seen it," she explained. "I know as much as you guys know about it."

Blomkamp previously said he wanted a 27-year-old Newt in the film, so it's unlikely Henn would reprise her role if this flick ever gets made. As it stands now, Ridley Scott's "Prometheus" sequel will hit theaters first.

Check out the gallery above to see what Vasquez, Hicks and more of the cast look like now!