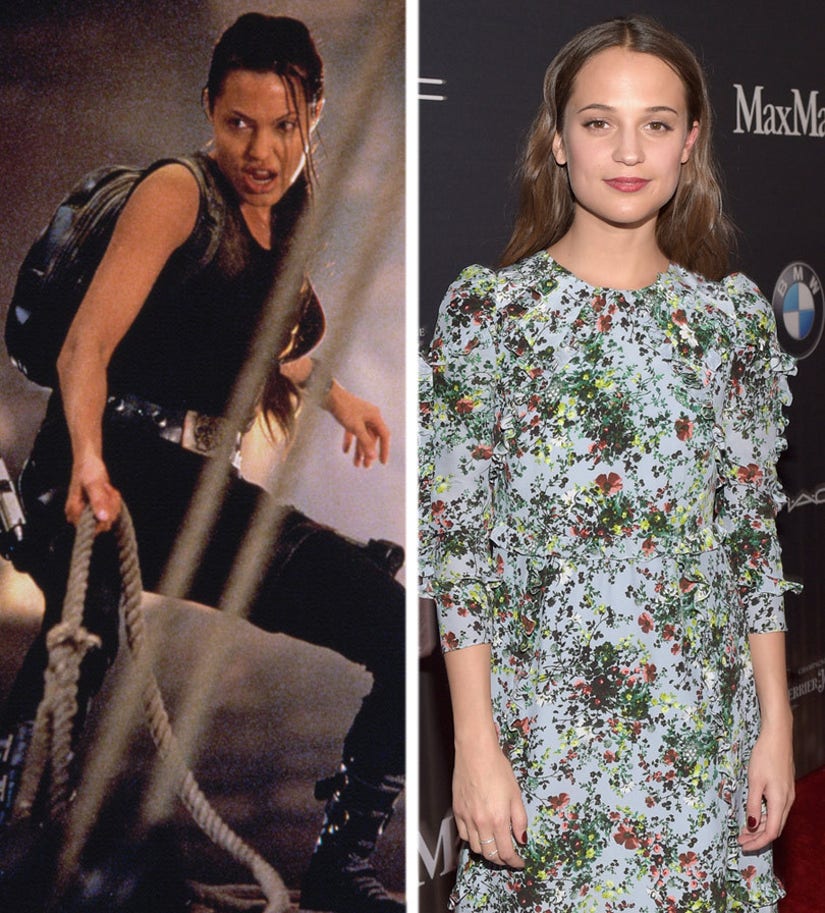 The Swedish actress has just been cast as Lara Croft in the upcoming "Tomb Raider" film, according to The Hollywood Reporter. The film, just like the recent rebooted game of the same name, will focus on the character's very first adventure.

The 27-year-old is taking over the role from Angelina Jolie, who played Lara in the 2001 and 2003 film outings.

At one point, "Star Wars: The Force Awakens" star Daisy Ridley confirmed she had "conversations" about the part, but added she was "waiting for someone to say, 'I want you, let's do it.'"

Vikander will next appear in "Jason Bourne" opposite Matt Damon, as well as "The Light Between Oceans" with boyfriend Michael Fassbender.

What do you think about this bit of casting news? We LOVED Vikander in "Ex-Machina" and can't wait to see what she can do with a big budget flick!