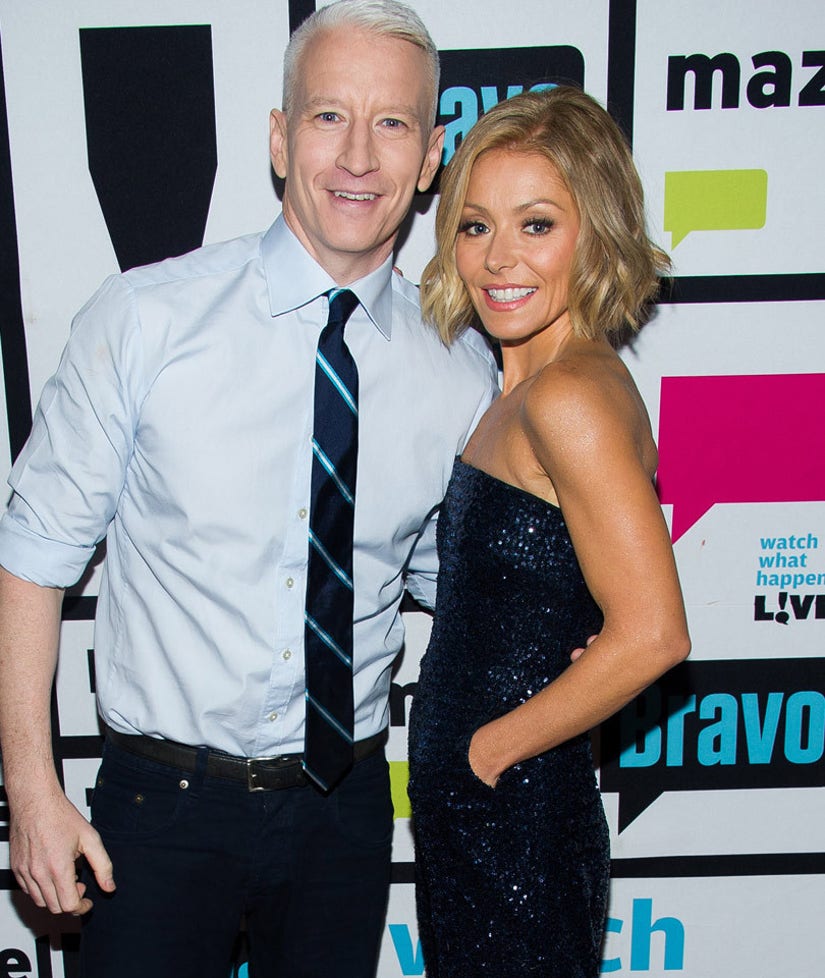 Could Anderson Cooper be the next costar on "LIVE With Kelly and Michael"? Maybe.

The CNN newsman addressed the rumors that he's in the running to replace Michael Strahan on the daytime talk show, telling "Watch What Happens Live" host Andy Cohen that it would be a "dream" to work with Ripa.

"Listen, I love Kelly and I think that show is...Kelly is the heart and soul of that show and it's going to go on and continue to be great and I wish Michael the best in his new endeavor," he responded to a caller who asked whether he was lining up for the job.

"Look, I'm very happy at CNN," Cooper declared. "It would be a dream to work with Kelly, but nobody's offering anything, so...."

As for the reports that Kelly wants Cohen to take over, he said he's too busy to make the switch over to ABC.

Another star who's rumored to be in the running is "Extra" host Mario Lopez. He avoids answering the question during an appearance on "The Ellen DeGeneres Show" airing today.

"I love Kelly. I've guest hosted with her a few times she's awesome," he says. "I actually did a movie with her husband Marc who's a real good guy."

So, would he take the job?

"I got to go over everything with Mrs. Lopez. She's the real boss of the house so we'll see what she has to say about that," he teases.

Who do you think should take over the spot? Sound off below!