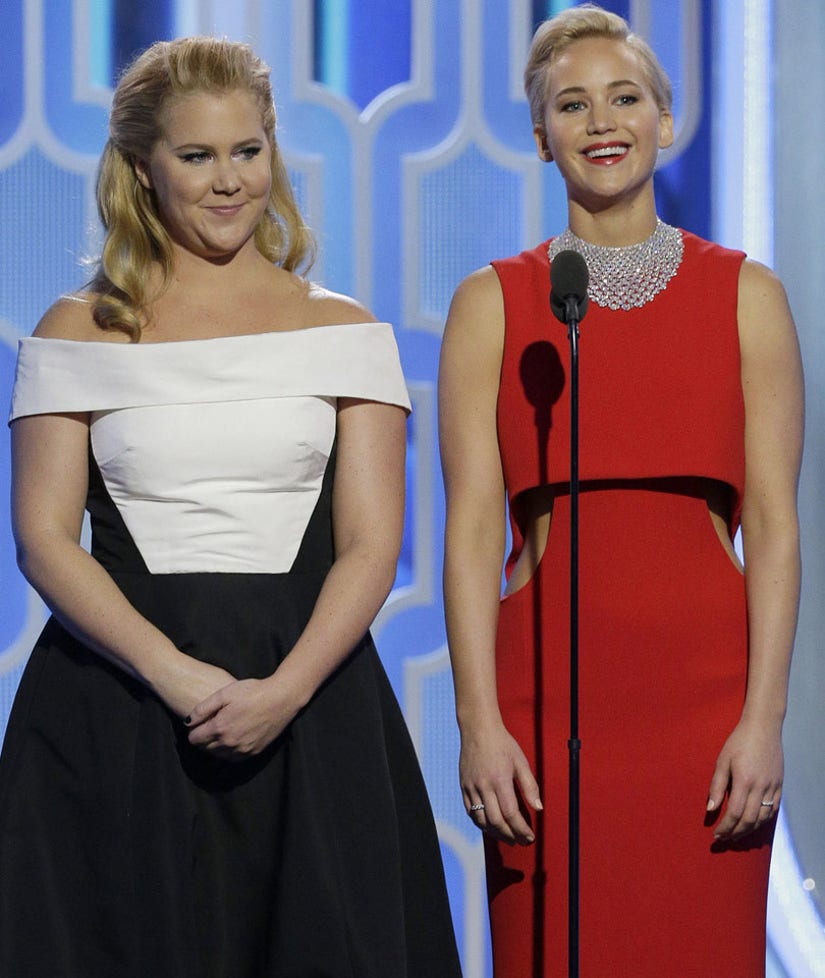 Remember that comedy Jennifer Lawrence was co-writing with Amy Schumer? The process just jolted into its next step!

The hunt is on. Paul Feig, have you finished polishing up "Ghostbusters" yet?

The "The Hunger Games" star and her comedienne BFF are both in pretty constant employment, though, so timing the project may get difficult. Jennifer, 25, admits that "every time we, like, get a spot slotted, one of us does something."

If Jennifer's struggling to make time for work, how's her dating life?

We know. We wanted to hear the end of that sentence too, but she burst into laughter before she could finish.

Despite all the hoopla in both their lives, Jennifer can at least squeeze a few hangouts with Amy in.

"Well, I think we both just, like, get together, and we're just, like, 'God, man!' - shoving food in our faces," said Jennifer with a chuckle. "Wouldn't it be nice if we could just live like this and not have to read comments?'"

That brings Jennifer to a subject both she and the 34-year-old "Trainwreck" star have a checkered history with: body shaming.

Jennifer encountered her fair share of it when nude photos of her leaked back in 2014. Amy's both lambasted others for fat-shaming, as when "Glamour" magazine called her "plus-sized" without consulting her, and been accused of it herself. Remember that SNL set when she described the newly svelte Khloé Kardashian as having"lost a Kendall"?

"I guess it's just one of those frustrating conversations that happens around bodies," Jennifer said, taking pains to note that "there's so many different ways to be beautiful. Everybody always talks about us like we're, like ... you know, I don't know, like, 'Oh, my God, look! Plus-size actresses!'"

"Our idea of what is curvy is, like, so bizarre."

What do you think of Jennifer's stance? Sound off in the comments!