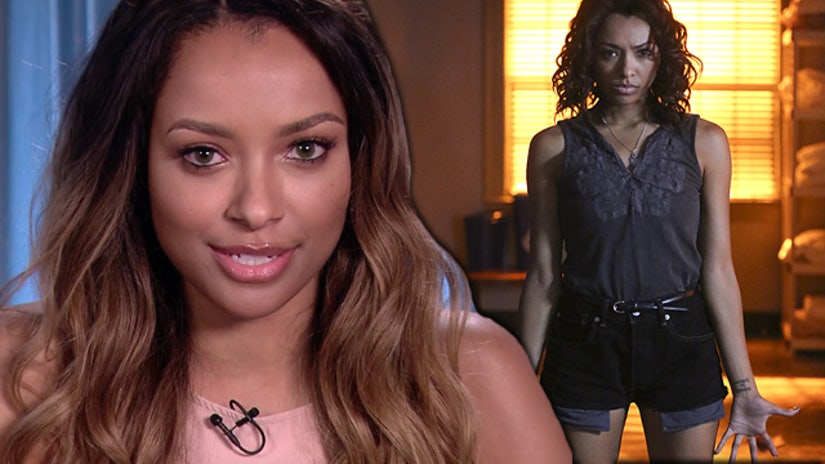 Kat Graham has done some incredible work as Bonnie Bennett on "The Vampire Diaries" -- but, according to her, the best is yet to come!

The actress caught up with toofab while promoting her new partnership with Caress' Forever Collection, where she teased some "immaculate" work to come on this season's final three episodes ... and her character's shocking relationship with Enzo (Michael Malarkey).

"Out of most of my time working as an actor on the show, I would say some of my proudest episodes were this week and next week's episode," she told us ahead of tonight's new episode. "I think the writers did a fantastic job and our directs and our crew and our cast, we really bust our butts and I think they were immaculate!"

Last week, Bonnie started to show signs of sickness after being unknowingly poisoned. Her only hope rests in vampire hunter Rayna Cruz, who agrees to lend a hand if Bonnie, Enzo and Stefan can track down all the souls who escaped from the Phoenix Sword earlier this season. We also got a glimpse at how our witchy friend came to fall for Enzo, as their relationship unspooled in a series of flashbacks.

Graham was cagey on that question, simply teasing, "There's a lot of development that you'll get to see in this and next week's episode, which is cool."

Come on, give us the goods!

Check out the video above to see a little more about her "girl power" partnership with Caress ... and her secrets to getting the perfect "springtime glow."

"The Vampire Diaries" airs Fridays on The CW. Get more info on the Forever Collection right here.