The two had a major falling out after the reality TV star claimed her mom, Patti, sold stories to the tabloids about her marital problems with Hank Baskett. The issues only intensified after it was reported Patti would write a tell-all about her family.

After Kendra's grandmother, Mary Stotz, passed away earlier this year, the former Playboy model wondered whether she and her mom could finally put their differences aside ... but, based on a clip from tonight's "Kendra on Top," that definitely didn't happen.

"I can't believe she didn't come up and say one word to you," Hank says to his wife following the funeral.

"During my grandma's funeral, I looked over once and saw my mom crying and I felt so bad for her," Kendra explains. "It's sad, forget all the bulls---, this woman just lost her mom." 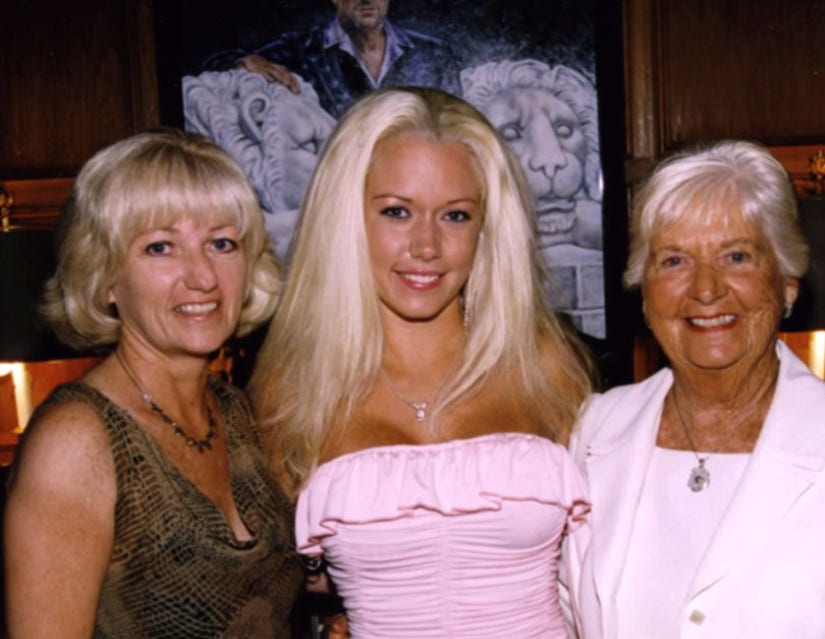 Wilkinson says she just wanted to go over to Patti and hug her, but admits, "It didn't feel right because I know she's not ready."

"My grandma always wanted me and my mom to reconcile, but you can honestly tell that my mom did not want me there," she adds, grimly. "You can feel it in the air. There's always saying that tragedy brings family closer, but unfortunately, sometimes it doesn't work like that. Reality is reality."

We spoke with Kendra after her grandmother's passing, where she really sounded like she wanted to patch things up.

"I have hope that she doesn't [write a book] because I have hope that she would one day want to reconnect with her grandchildren and even me," she told us at the time. "But if she does, what can you do? When my grandma passed away, the one person I prayed for was my mom. I just hope that she finds peace. I hope she believes in a loving life. I am a loving person and I have so much love and forgiveness in my heart, I deserve another chance. I deserve a mom."

Also on tonight's episode, we see Kendra have a sit down with one of her former "Girls Next Door" costars ... but no, it's not Holly Madison.

Wilkinson and Bridget Marquardt hash out their issues, as the latter says she was hurt by some of the things she read in the tabloids.

"When I saw things like, 'Well, we were never friends,' and, 'She's not appreciative,' and things like that, I'm thinking all the things that we did together, like all the time at the mansion, from all the traveling around the world," she says to her. "We weren't always best friends, but we definitely had each other's back, and I definitely consider you a friend."

"To say that we were never friends kind of like il-legitimizes all of that time that we had together and all the things that we did," she adds.

"I feel like Kendra already wrote her book and it wasn't very nice in a lot of ways and Holly wrote hers," she says in a confessional. "Kendra may not agree with how Holly wrote, but by lashing out and having this public feud, she's really undermining what we worked so hard to build."

"I did have, as we all did, probably, a hard time transitioning into like a world outside the mansion," Kendra tells her. "Bridget's right. She was part of very special moments in my life that really meant a lot to me," she later admits in a confessional.

While it looks like these two are O.K., we'd love to see a meet-up between Kendra and Holly!