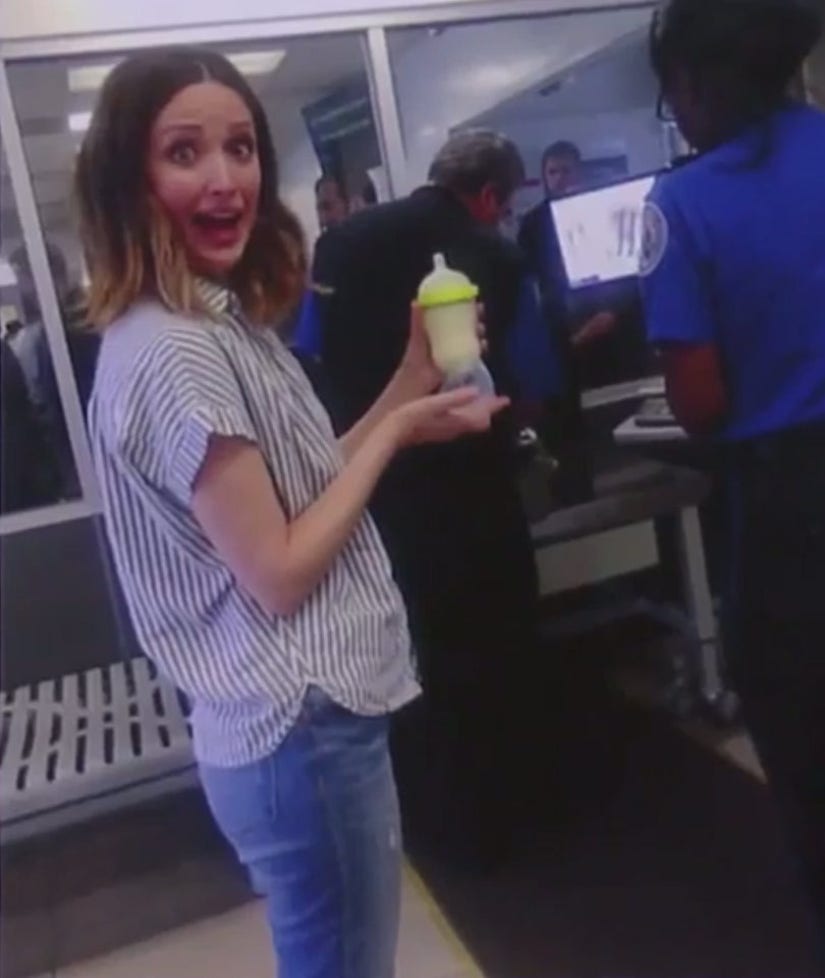 Rose Byrne is a mama on the move!

The "Neighbors 2: Sorority Rising" star stopped by Thursday's "Late Show with Stephen Colbert," where she opened up about being a working mom.

The actress -- who welcomed her first child, Rocco, with partner Bobby Cannavale in February -- has been busy promoting the second installment of "Neighbors." Which means, Rose has been traveling a lot with her baby boy by her side.

"I've been doing a lot of traveling, too, so I've been taking my breast milk everywhere with me," Rose said about her busy schedule.

Colbert then pulled up a photo of the actress going through security at an airport ... with her breast milk in her hand.

"They wave this weird thing over the top of it and there's a whole production going on," Rose explained about the TSA checkpoint. "They take it very seriously that it could be something. I just stand there and smile and tell them that it's really breast milk and that it's nothing."

"'He's really real," she said, after Stephen mentioned she should just point to her baby boy (or her breasts). "He's here. You want me to get 'em out? What do you think?'"

It definitely sounds like parenthood has affected her and Bobby's daily routines.

"It takes a long time to leave the house, maybe an hour, hour and 45 minutes just to get out the door," the 36-year-old explained. "To do anything, you have to bring so many things with you: the bottle, the sling, this and that. Then when you get out, then he just throws up everywhere or takes a big poop, and you've got to go back inside again."

Nevertheless, we've gotta hand it to the Australian beauty -- she looks incredible for just having a baby! What do you think about Rose's TSA story? Sound off below and check out the gallery above to see more celebrity post-baby bods!