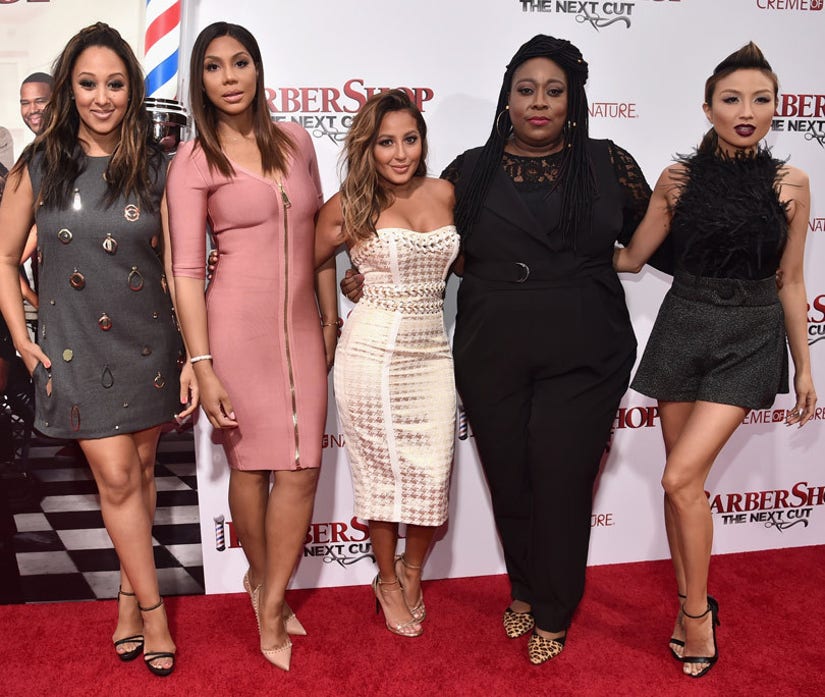 The women of "The Real" are just as confused about Tamar Braxton's firing as fans.

The co-host was surprisingly let go over the weekend, after two seasons working on the daytime television show alongside Tamera Mowry-Housley, Jeannie Mai, Adrienne Bailon and Loni Love.

While there have been reports that she was difficult to handle on set, one of her co-hosts wants to make one thing clear: they had nothing to do with what happened!

Loni Love took to her Facebook page on Tuesday to post a lengthy video explaining what's gone down over the past couple days, revealing she got her first inkling Braxton would be let go when Tamar texted all the women in a group message writing, "I heard I'm being fired."

"None of us knew about Tamar until Tamar [texted] us on Saturday," she says. "First person to answer was Tamera. I woke up from my nap about an hour later, I immediately called her and said 'What are you talking about?' She didn't pick up and I ended up texting her in the group text saying, 'Please let me know what's going on.'"

Loni adds that all the other hosts messaged her as well, but it sounds like they've all gotten radio silence from Braxton. Love says she then got a phone call from the studio behind the show, who confirmed Tamar's exit.

"It was an individual phone call and I asked why. They told me it was none of my business, because it's between Tamar's management and them," Love says.

"When we wrapped Season 2, we had a photo shoot, Tamar was part of that. There was no indication that Tamar was going to be let go," she continues. "We as the hosts, we don't have that type of power. If I had that type of power, I'd have my own show. I don't fire people. We genuinely all like each other. Sometimes we might be irritated with each other, that's just part of the nature of the show. I'm very devastated, just like she is. I understand that she's upset."

Loni says she hasn't stopped trying to get in contact with Tamar, to no avail.

"I know I'll probably get in trouble for dong this and maybe I'll be the next one [to be fired]," she says in closing. "Tamar is a good girl, she works very very hard and she's very talented. We had nothing to do with the whole situation. Nothing. I'm very very devastated right now. I'll be off the grid for a while like everybody else as we try to figure all this stuff out."