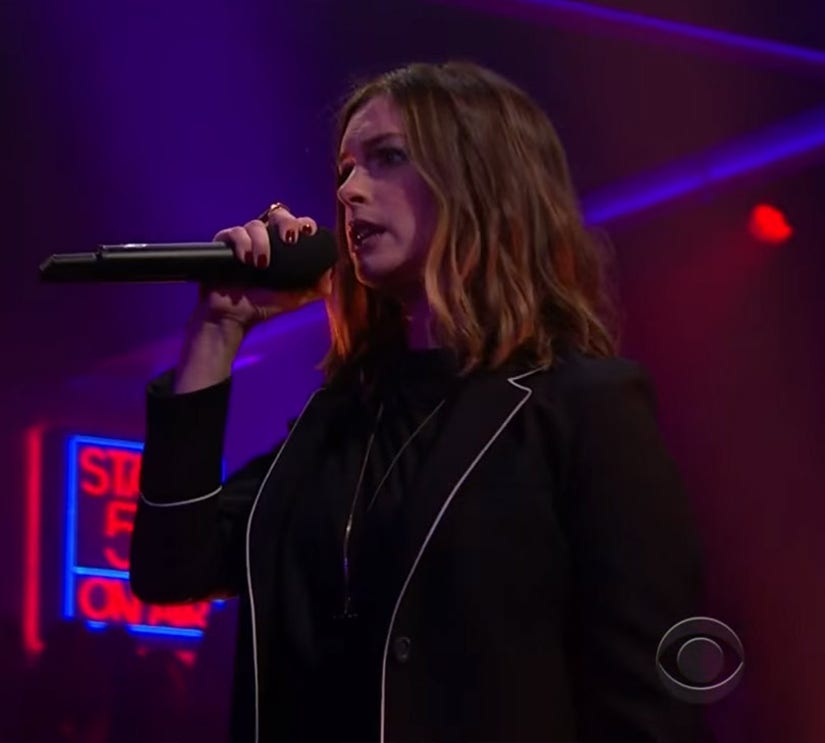 Forget karaoke, Anne Hathaway just took it to the next level on "The Late Show with James Corden" -- by starring in an impressive rap battle!

Instead of merely lip-syncing her way to a viral video, the "Alice Through the Looking Glass" actress went head to head against the late night host in a war of rhymes.

And for these two, nothing was off the table!

Corden really went in on some of Anne's failures, bringing up her legendary Oscar hosting gig alongside James Franco and slamming her starring role in the flick "Get Smart."

"Like her movie 'Get Smart, her rhymes are gonna flop," Corden rapped. "The only Catwoman I acknowledge is Halle Berry!"

"A Catwoman diss gosh, what do I do? I can't make fun of you James, cuz no one's heard of you," she shot back. "Your rhymes are like your ratings, very weak."

"Trust me, I won't lose this to an impostor, it's more likely again they'll ask you to host the Oscars," James later stated. "Congrats on your new movie, 'Through the Looking Glass, I'm sorry about this battle, you can kiss my f—-ing ass!"

Anne really took it home at the end though, acknowledging how she's persevered over some of the Internet backlash she's faced over the years.

"I was hated and shaded but I've been liberated" she rhymed. "Now you know how it feels to get Hathaslayed!"

Check out the video above to find out who won!