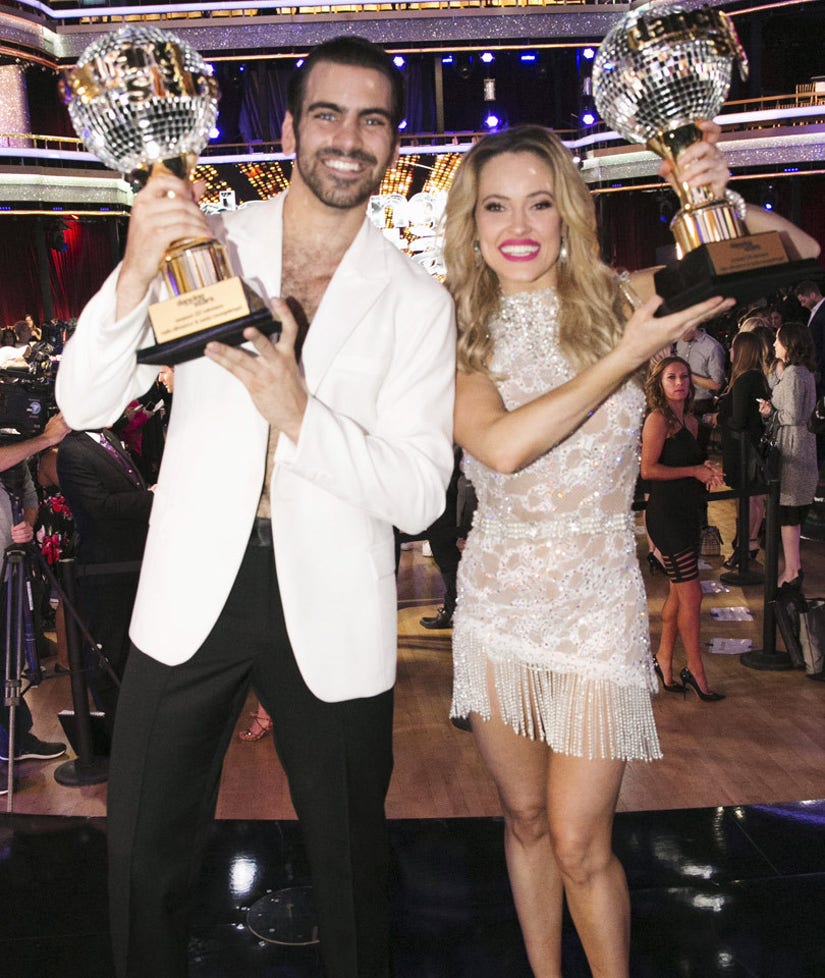 The sky's the limit for Nyle DiMarco!

The "Dancing With the Stars" winner stopped by "Good Morning America" on Wednesday, along with fellow contestants Ginger Zee and Paige VanZant.

Nyle -- who's also the first deaf contestant to win the reality TV series -- says that he never thought he'd make it to the end, let alone, win the mirror ball trophy.

"It was really very touching and, you know, she actually took the time to learn sign language and we don't really see that often in this world, so that really meant a lot to me and it really touched me and it really hit me right at the heart," DiMarco said about his pro partner Peta Murgatroyd on "GMA."

It was his constant preservation that led DiMarco to beating VanZant, a UFC fighter, and Zee, "GMA's" meteorologist.

"I never dreamed," DiMarco said of being crowned this season's winner.

"It's really a strong relationship between sound and music," he added. "You think can a deaf person really dance to the music as perfectly as we did? I didn't know if we were going to be able to do that. We just really took it week by week and worked hard."

Nyle and Murgatroyd used various signals to communicate during their routines. For example, the dancing pro would squeeze his hand if she wanted him to turn around during one of their dances.

"He is absolutely fearless and I will take that with me for the rest of my life," the two-time "DWTS" winning pro said. "He has taught me so many lessons and made me a better teacher."

This isn't the first time DiMarco has made reality TV history -- he was also crowned the winner of "America's Next Top Model" on the show's final season.

What do you think about Nyle's big win? Sound off below and check out the gallery above to see more reality TV stars then and now!