James Corden has done it again!

The "Late Late Show" host enlisted the help of Seth Rogen and Rose Byrne for his ambitious crosswalk musical, "The Lion King," on Wednesday.

Corden -- who naturally took the role of Simba -- had the actors perform key scenes from the musical in the crosswalk of two of L.A.'s busy streets.

"Somebody's going to get killed doing this and then they'll be like, 'Why did we do that?'" said Rogen, who was clearly not feeling the project.

While, on the contrary, his "Neighbors 2: Sorority Rising" costar was ecstatic to be a part of the production and even snagged two key roles or the show, Timon and Nala.

"Theater is my passion. That's where my career began," she confessed before the performance. "It's my heart and soul." 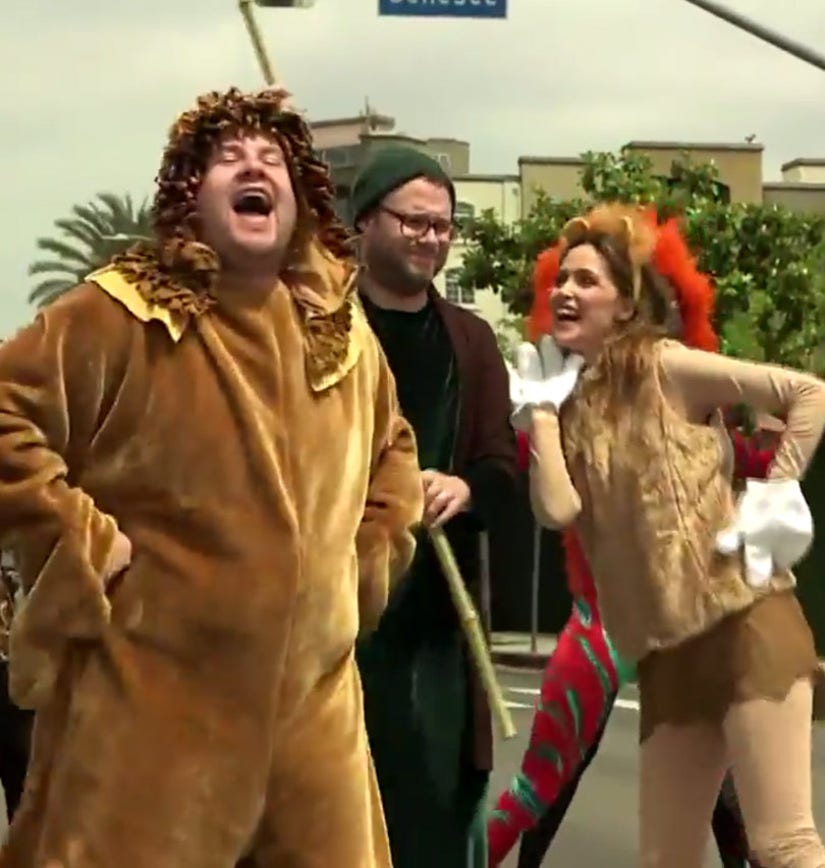 Rogen, however, wasn't even given a real role as he was cast as scenery. "I think this guy has some sort of vendetta against me, honestly," he said about Corden's decision.

"I don't know why," he added. "I've never met him before, I don't think. I would just leave, but I don't want to bail on Rose and I'm honestly afraid to leave her alone with him."

For the show, the group was tasked with performing songs from the musical every time the crosswalk went to the "walk" sign ... but the trick was to get back to the other side of the street before the light turned green for the cars.

And even though Seth clearly didn't want to do the musical, he did give it his best effort.

"Did I enjoy it more than I thought I was going to?" he asked himself at the end. "No."

What do you think about Corden's crosswalk musical? Sound off below and check out the gallery above to see more leading ladies then and now!