Megan Fox is very in tune with her unborn child.

The "Teenage Mutant Ninja Turtles: Out of the Shadows" star appeared on Tuesday's "Jimmy Kimmel Live," where she opened up about her special bond with her baby-to-be.

Check out the clip above to see what she told the comedian about her "super genius" fetus!

"You don't hear an audible voice, but you hear messages, if you're open to it," the actress told Kimmel about communicating with her baby in the womb.

"For instance, this baby wanted me to live somewhere else," the expecting star explained. "So we're moving to a whole different place in Los Angeles because I feel like that's where this baby wants to be raised."

Megan -- who shares sons Noah Shannon, 3, and Bodhi Ransom, 2, with her possibly-estranged hubby Brian Austin Green -- also revealed that she thinks the baby will be a "super genius."

"I also feel like this baby is telling me it's kind of like a Wernher von Braun or an Elon Musk, like a super genius," she declared. 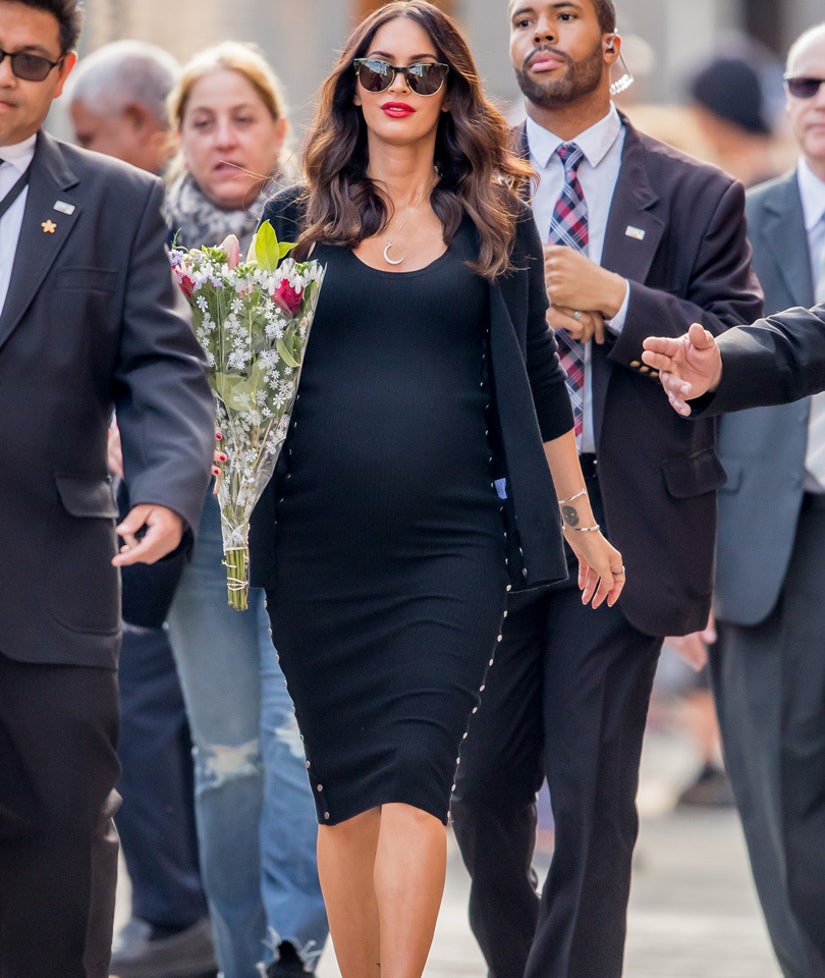 Fox is already prepping her sons for the baby's arrival, and has showed them a few things about their younger sibling with a baby doll.

"I've showed them with a baby doll," the "Transformers" star confessed. "They know where the baby is coming out."

"Bodhi thinks it's really funny that you're gonna feed the baby with your boobies," she said with a laugh. "Older one's aware, but he's excited."

While it sounds like the 30-year-old has been enjoying her third pregnancy, she isn't exactly looking forward to those labor pains.

"It's easier doing it. I've had a baby every other year since 2012," she admitted. "I've gotten used to it. With this one I've been a little more relaxed because I know how much it's gonna hurt. I'm getting a little nervous about that. The pain is no joke."

What do you think about the actress' comments? Sound off below and check out the gallery above to see more expecting stars!