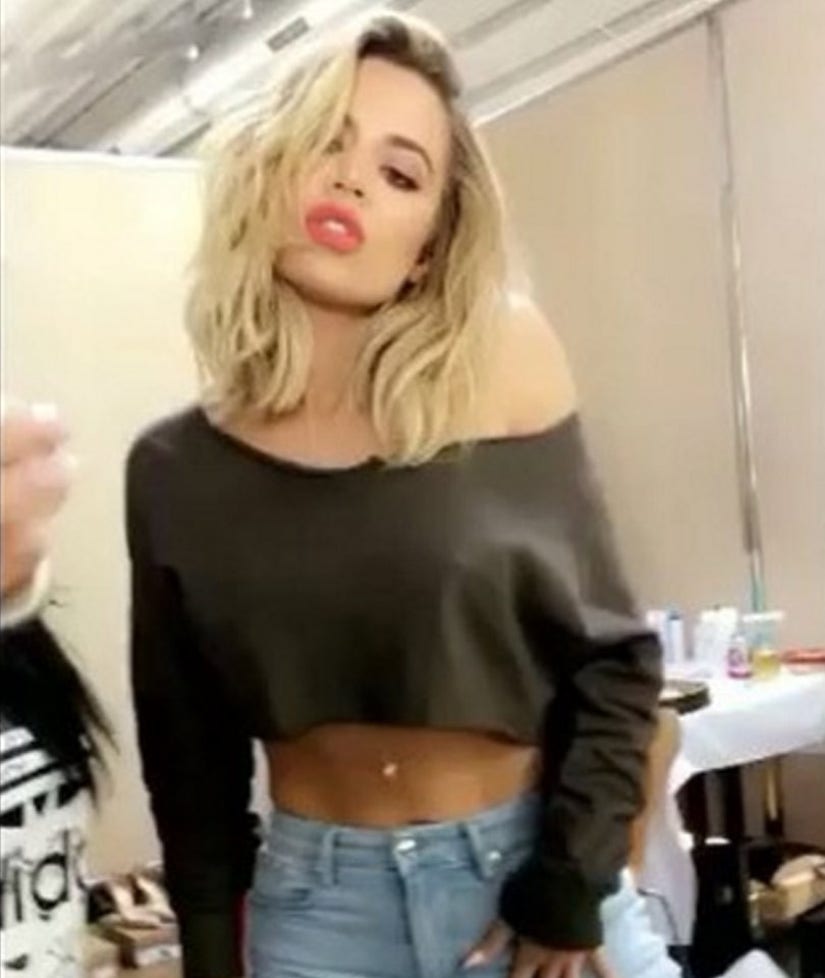 The reality TV star took to Snapchat on Wednesday to share a behind-the-scenes look at a photo shoot with her fans, as she messed around at Milk Studios in LA between shots.

Sporting a pair of distressed jeans and a cut-off shirt exposing her tight tummy, the 31-year-old looked better than ever as she danced to Drake's new single, "One Dance." According to her Twitter page, the shoot was for her own denim line -- and man, this is one way to sell 'em!

Seriously, has her body EVER looked better? Check out her gyrations below:

The sexy video comes on the heels of new relationship rumors for Khlo, who was linked to **Odell Beckham Jr.** after partying with him both in Las Vegas and at Drake's Memorial Day bash over the weekend.Here's how she responded to the gossip:

TWIMC: Sorry to burst your bubble. When a couple drinks, a little flirting and an invasion of privacy collide things may look crazy

However...this ain't that and that ain't this