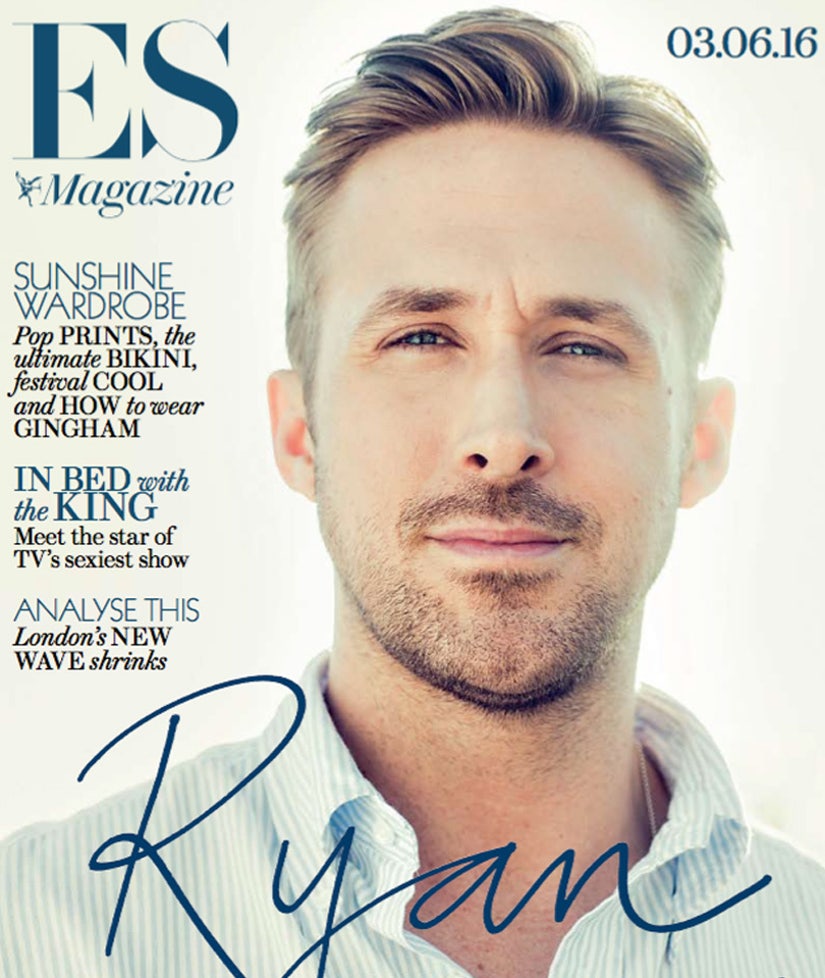 Here are a few more reasons to love Ryan Gosling!

The "Nice Guys" star covers the new issue of ES Magazine, where opens up about being objectified by women, being in touch with his feminine side and his love of comedy.

Though Ryan's well aware of all of the attention that surrounds him and his looks, it doesn't sound like he has an issue with all of it.

"It's our time as men to be on the receiving end of the stick," he tells the mag. "I grew up with women so I've always been aware of it. When my mother and I walked to the grocery store, men would circle the block in cars. It was very scary, especially as a young boy. Very predatory; a hunt."

In general, the "Crazy, Stupid, Love" star says he's very in touch with his feminine side. "I'd say 49 percent [woman], sometimes 47 per cent, it depends on what day you catch me," he admits.

"I think women are better than men," he says. "They are stronger. More evolved. You can tell especially when you have daughters [he's dad to Esmeralda, 18 months, and newborn Amada] and you see their early stages, they are just leaps and bounds beyond boys immediately."

Gosling likewise says he hopes to see a female president one day soon too. "I think it [America] needs a woman's touch," he confesses.

"I've always liked women more," he continues. "I was brought up by my mother and older sister. I found my way into dance class. My home life now is mostly women. They are better than us. They make me better."

The sexy star also dishes about his directorial debut, "Lost River," which was met with some pretty harsh reviews. Nevertheless, critics won't stop the actor from pursuing his dreams.

"People don't step outside themselves and make the film they want to make because they're afraid of the reaction," he explains. "But once you get that reaction, and have lived through it, there's nothing they can do to get you down."

For now, Gosling is happy to appear in more comedies. "What's nice with comedy is that you know it's working if it's funny," he says. "With drama you can watch people in the wings [of a theatre] and you don't know if they are suffering [with you] through your movie or they are just deeply bored. But yeah the externalization was a relief."

What do you think about the 35-year-old's comments? Sound off below and check out the gallery above to see more sexy stars!