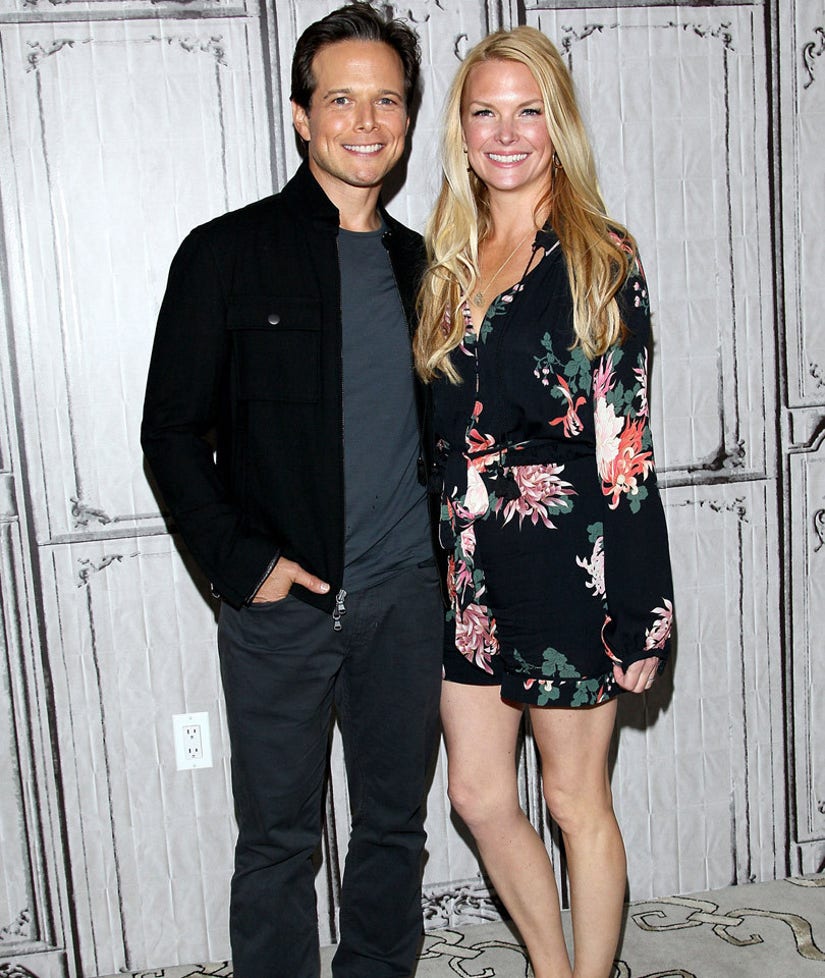 What a cute couple, right?

While they often post photos together on social media, it was a real treat to see them doing press together at Andy Cohen's SiriusXM show earlier today.

Limp, 39, looked gorgeous as ever alongside her former "Party of Five" star husband, sporting a floral romper and long blonde locks. Wolf looked handsome in a black jacket, navy t-shirt and matching pants.

While on Andy's show, the two were asked if they'd ever do a show about their lives now, since Kelley has a past in reality TV.

"That's been thrown at us here and there," Wolf told Andy, who said he'd be more than happy to produce it as a "half hour, friendly" series with "a positive vibe."

"The whole cameras with the kids thing is kind of a deal breaker," Wolf interjected. "Maybe if we could just have cardboard cutouts of the kids?"

Scott and Kelly have three children together. The two married in 2004, meeting after Wolf saw her on the MTV series.

"I had this crazy moment where I was living in LA, and I was dating — and I wasn't really finding my person," he said in an interview last year. "And I saw an episode of the show, and she was like in the kitchen talking with somebody. Probably Danny. And I was like, 'Where is that girl in my life?' And then I moved to New York and a friend called me and was like, 'I met your wife.' He didn't say, 'I met a girl.' He said, 'I met your wife.' And so I wound up calling her."

Check out the gallery above to see what happened to more of your favorite "Real World" stars.