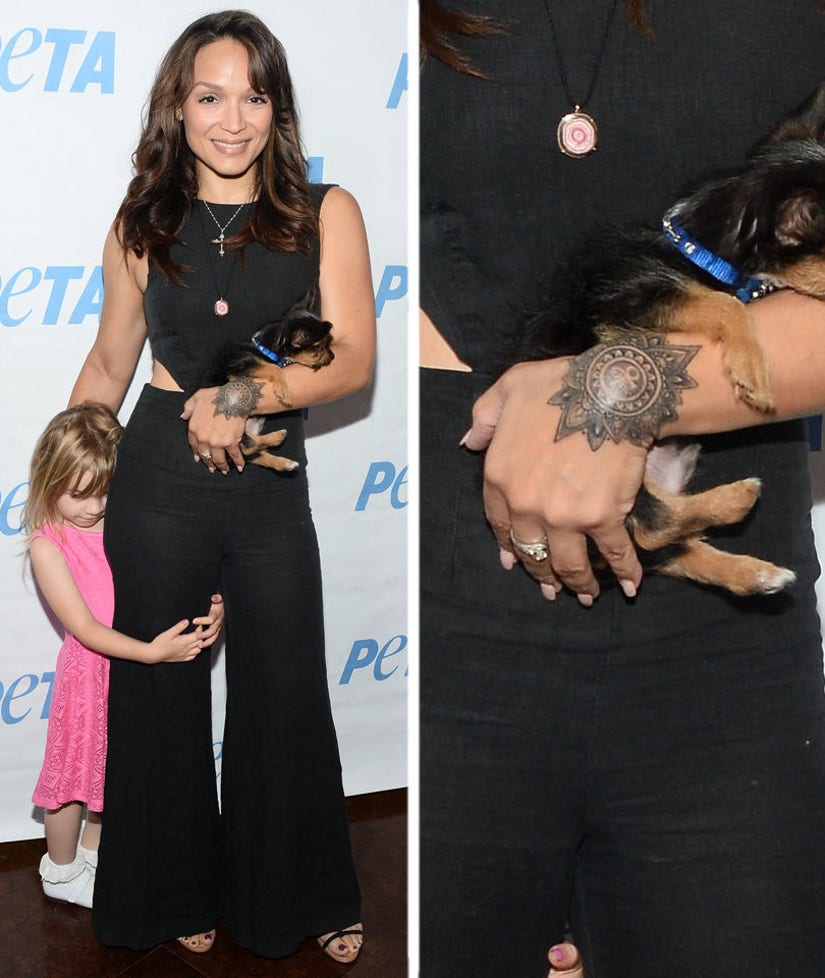 Mayte Garcia just made her devotion to ex-husband Prince permanent.

The "Hollywood Exes" star, who was married to the late singer from 1996-2000, hit the red carpet on what would have been his 58th birthday last night -- where she debuted her new tattoo in his honor. She was joined at the PETA event by her adopted daughter, Gia.

The ink, located on her wrist, appears to be a mandala with Prince's infamous "P" symbol in the middle.

"This makes me smile and cry... Love is eternal!! Will remember that every time I look at my hand," Garcia captioned a video of her getting tatted up shortly after his passing. "To all of you who are hurting .... I'm sorry for your pain as well!! But love him for eternity! Thank you @nspired1 for making such a beautiful piece and @luvinflyingcolors for making such a beautiful video! I'm smiling with tears! And thank you TAC cream for making it painless."

In another Periscope before getting inked, the 42-year-old gave fans a little more insight into why she decided to get the new piece.

"I'm gonna do a tattoo in honor of my ex-husband," she explained. "I don't like saying ex, because in my world, I didn't divorce him. He did, I didn't. So thank you. Thank you for my loss. It sucks. It sucks … He is the father of my child. Prince forever."

Prince and Garcia had one child together, Boy Gregory, in 1996. Their son sadly passed away one week after he was born.