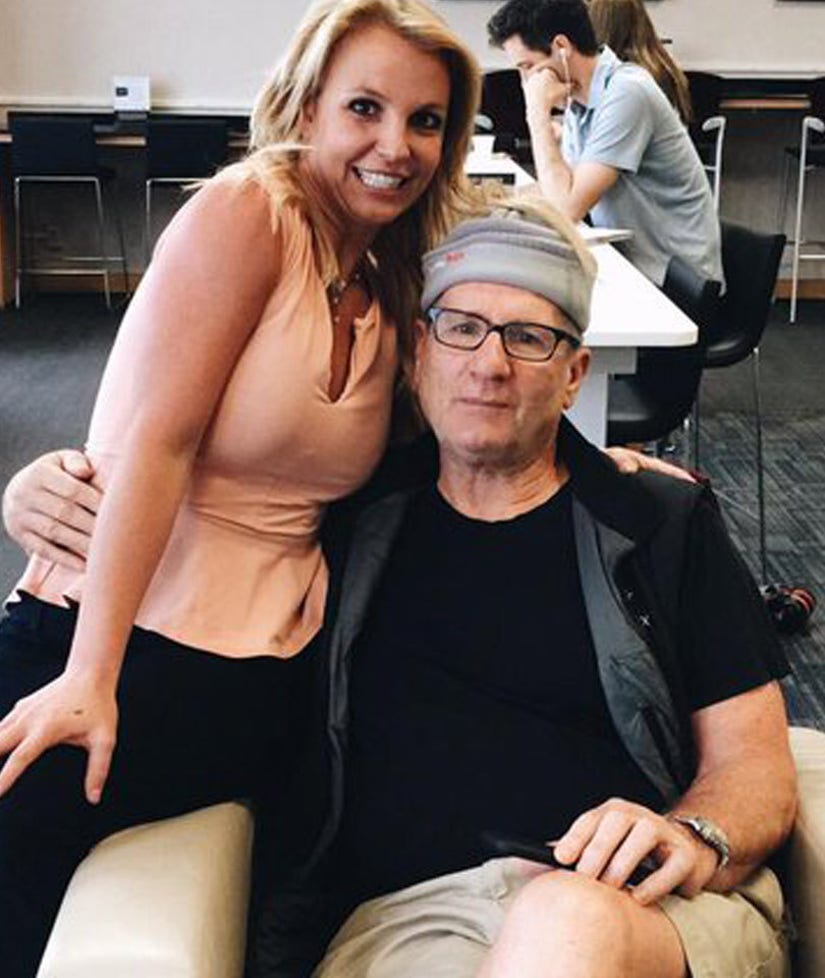 If this photo of Britney Spears and Ed O'Neill looks a little awkward, it's with good reason.

The pop star shared the pic above back in March, showing her sporting a huge grin across her face as she sits with her arm around the "Modern Family" star, who's rocking a beanie with the show's title on it.

"Fancy running into this guy! Such a sweetheart," she captioned the pic.

But, according to Ed, he had no idea who she was when she asked him for a photo!

"I was at LAX. I was flying alone to Hawaii. I was waiting for my flight to board," he explains of the encounter on Monday's episode of "The Ellen DeGeneres Show." "They told me the flight was boarding and I picked up that little 'Modern Family' hat. I saw a woman approaching me so I just flopped it on, I was leaving."

But the woman in question wouldn't let him go without a photo.

"I didn't know it was her. I mean. Look at the look on my face," he adds. "Do I look like I'm sitting with Britney Spears?"

Ed says he later called up her manager to apologize for not knowing who she was at the time. "You know my daughter Sofia she said, 'You are a moron.'"

See him tell the story below: