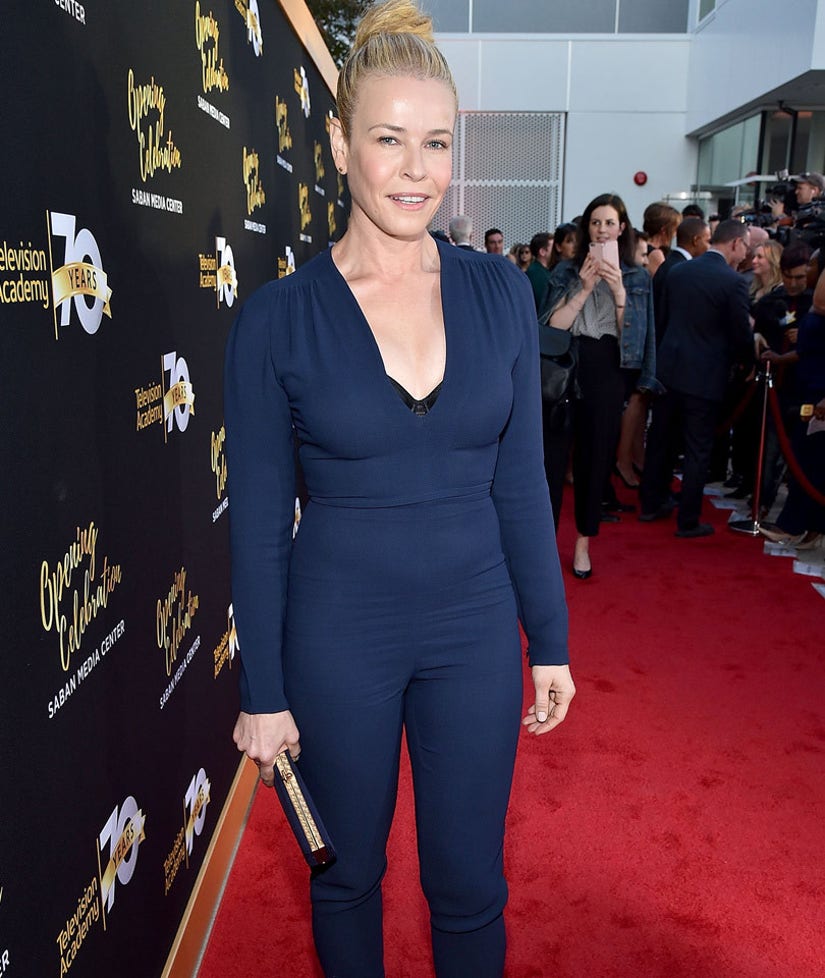 Chelsea Handler has no problem speaking her mind!

The comedienne gets candid about reality TV in a new interview with Gordon Ramsay for Variety.

Though the "Chelsea Does" star interviewed a ton of reality TV stars on her E! show "Chelsea Lately," which ran from 2007-2014, the blonde beauty admits that she's not a huge fan of that type of television.

"Reality TV's pretty tricky for me. I don't really watch anything like that, because I think it's brain-sucking. There's a difference between watching a chef show, which doesn't feel like a reality show compared to the Housewives," she says.

"Those shows can, I think, not only lower your IQ, but really just knock the wind out of you, because we're all here in this business," she continues. "You want to do something a little bit meaningful, because we're not saving the planet or anything, but we want to contribute in a positive way, in a way that makes a difference or makes somebody feel something. I think reality television, unless it's inspirational, which it very rarely is, I think it's embarrassing. It's embarrassing state of affairs that we're in."

Handler also thinks reality TV and its stars are damaging to young children.

"It's also a terrible kind of sentiment for children and for people. It makes people feel like they all want to be famous for no reason. There should be a talent that goes along with being famous. The idea of just wanting to be famous for the sake of being famous — which, listen, I've been guilty of myself when I was a little girl — is gross content and it produces gross content," she explains.

"You lose your individuality when you're just trying to attain that. It would be nice if everybody were a little bit more mindful of what kind of product you're putting out there," she says. "Nothing's for everybody. People are liked and disliked, but at least be mindful of what you're doing and what your message is, and trying to stay true to your authenticity and what you're trying to attain or what your goals are, and don't let anybody get in the way of that. At the same time, have a goal, and have a message."

Doing something more "mindful" is exactly why she left E! and headed to Netflix for her new talk show "Chelsea."

"My message is strong and my belief is strong, in the fact that we can still be provocative and have fun and just get informed," she says about her new show. "Let's all be informed and let's do something. Let's all help each other be a little bit better at being human beings. I don't want to be Oprah, I'm not trying to be Barbara Walters, but we can all do better."

It definitely sounds like Chelsea won't be welcoming any reality TV stars on her new talk show this time around!

What do you think about the 41-year-old's candid comments? Sound off below and check out the gallery above to see more sexy stars!