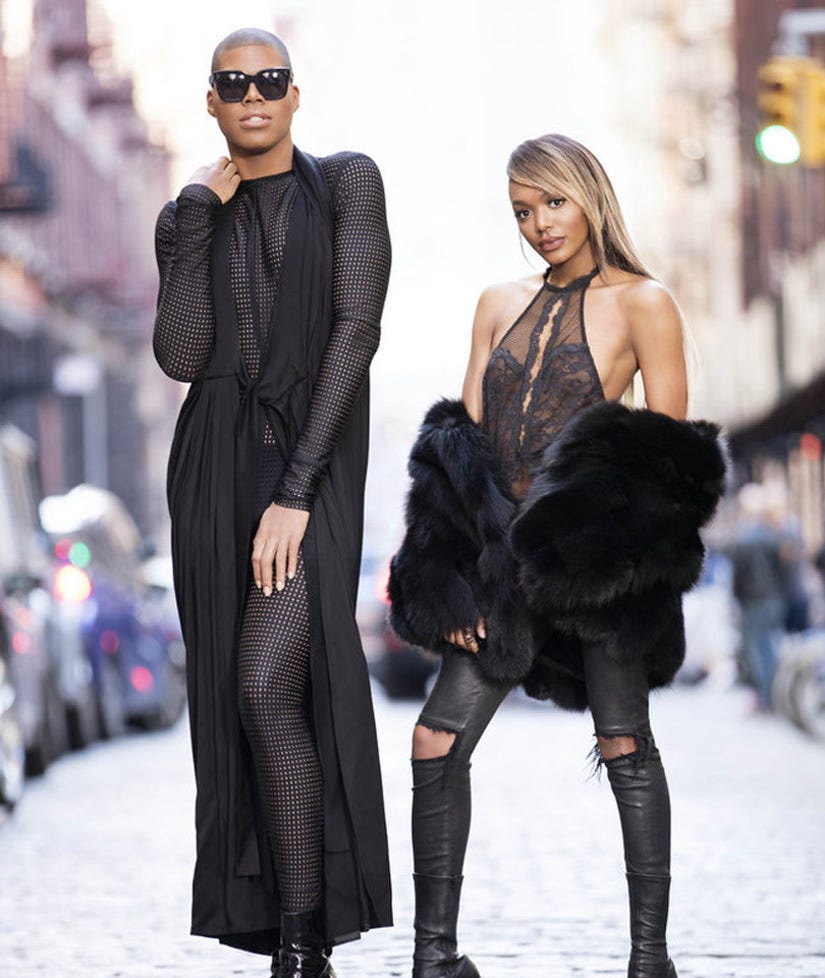 There's another Johnson coming for the spotlight ... and they both have the same taste in men.

In a sneak peek at the premiere, we see EJ and Elisa argue over the latter's boyfriend, Anthony. Watch the video below.

"I met my man that I'm dating now in France," Elisa says in a conversation among friends. "He's fine."

"He's a loser," interjects EJ ... who reveals his own past with his sister's beau.

"I met Anthony over the summer when I was vacationing in the South of France," he says in a confessional. "We flirted, made plans to hook up and after that I started to notice that he was talking a lot with Elisa in the corner. And then the man who led me on is now like hooking up with my sister and I'm supposed to be OK with it?"

"Only in 2016 can a brother and sister have problems over the same man," he tells E! in another interview. "That was like the first time it happened, so I think it's going to be really funny for everyone to see."

"But we love each other," he continues. "We love hard, we play hard and we fight hard. We're both very dominant, alpha beings and we always want to have the last word. Our fights can get pretty deep, but we always come back with love for one another."

Will you be watching when these two get their own show? Sound off below!