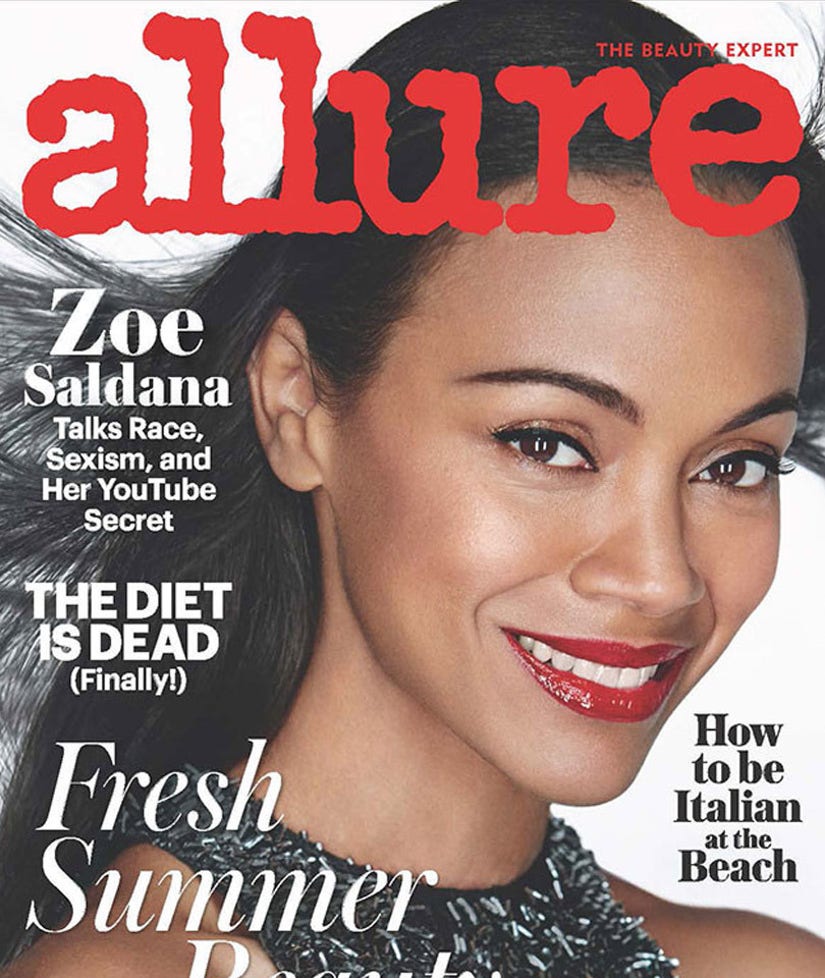 The "Guardians of the Galaxy" star covers the new issue of Allure magazine, where she opens up about some of the inequality she's felt within the industry.

Though Zoe has no problem kicking butt on screen, in dramatic or action roles, she says she was once hired solely for her physique.

"A producer said, 'I hired you to look good in your underwear holding a gun,'" Saldana tells the mag.

"I was told walking into this project that they really wanted me for the part, and that any input or ideas I had to please share them," Saldana continues. "That's what I was doing, and this producer was so bothered by the fact that he had to disrupt his vacation to call me and tell me to stop being a difficult b---h. I thought, 'Wow, it's real. It really happens.'"

That's not the first time the actress has been labeled "difficult," Zoe says that now she's a mother she feels the tone of her contract negotiations has changed.

"I was starting to feel that I was...difficult," she says of the process. "This is a necessity that you must cover for me in order for me to go and perform my job," she adds of her parental duties.

The "Avatar" star likewise says that it's not just the men in the industry who seem to follow these sexist guidelines, it's a lot of the women too. "When are we going to learn to stick together?" she asks.

What do you think about the 37-year-old's candid comments? Sound off below and check out the gallery above to see more leading ladies then and now!