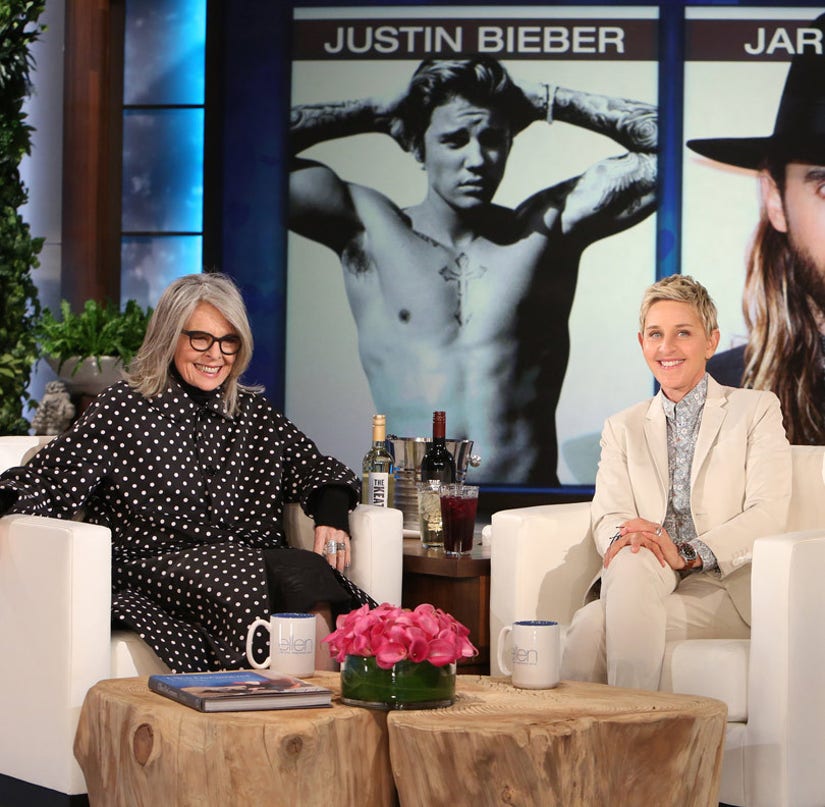 How can she choose just one?!

Diane Keaton stops by "The Ellen DeGeneres Show" on Friday, where the comedienne puts her in the hot seat during a game of "Who'd You Rather?"

After Ellen explains that the actress is "actively looking for a lover," she starts the game with a tough battle between a shirtless Justin Bieber and Jared Leto.

"I don't like to judge, I'd rather take them both," she says. "Each man has something special about him. When I look at Justin, I feel a special feeling for him. For example, that's a nice body and he's displaying it."

The 70-year-old star decides to keep both as Al Pacino, an ex-lover and her "Godfather" costar, pops up next. "He once enjoyed being around me, but only on occasion, so not often," she reveals. "So I say 'Yes' to Mr. Pacino."

While she saw sparks with Pacino, that wasn't the case with her "Something's Gotta Give" costar, Jack Nicholson.

"No, no, no Jack never had an interest in me," she admits. "He loved me in the movie and I loved him back in the movie. In real life he didn't love me."

She might have had more of a connection with the other actor in the movie, Keanu Reeves -- she chooses him over Jude Law.

Diane also seems to suggest that she had a fling with Leonardo DiCaprio, declaring, "I know him very well."

In the end, after Keaton claims that she "liked them all," there is one clear winner ... a shirtless Zac Efron.

Check out the clip to see her in action -- trust us, this is HILARIOUS.