Anna Kendrick and James Corden are taking us through the highs and lows of a romantic relationship.

The "Into the Woods" costars teamed up for one killer musical performance for Corden's "Soundtrack to a Love Story" segment on Wednesday's "The Late Late Show."

Check out the clip above to see Anna and James perform every stage of a relationship through some of our favorite songs. 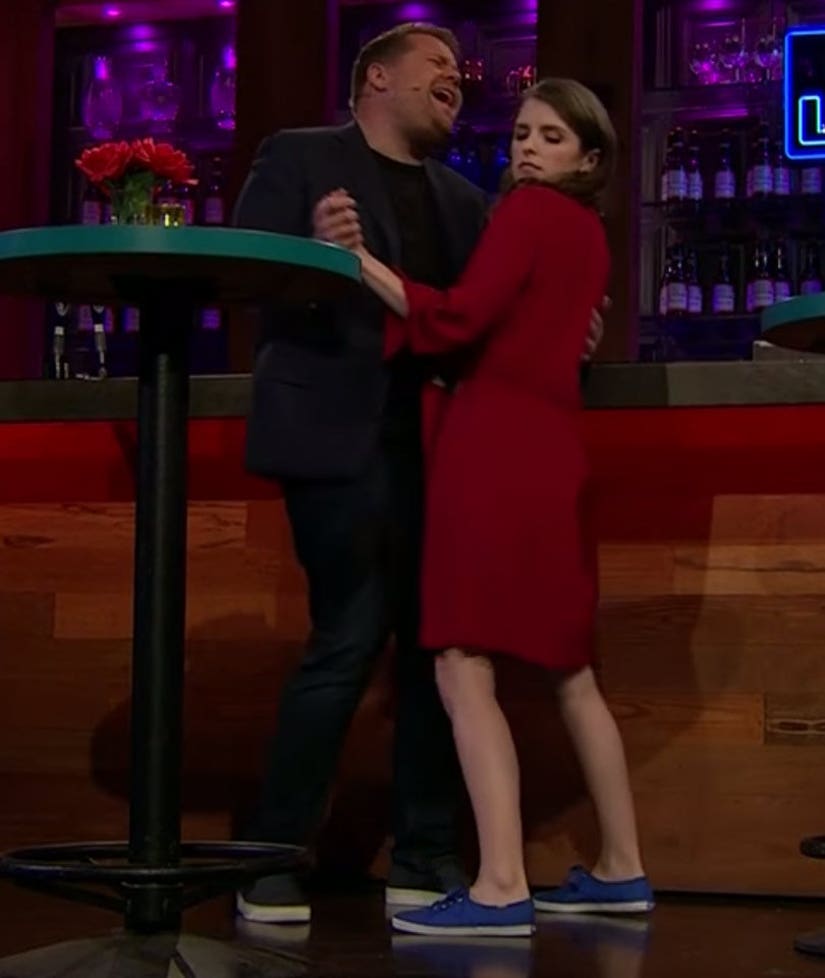 The clip opens with the "Pitch Perfect" star getting ready for her date, as she belts the lyrics to Dionne Warwick's "I Say a Little Prayer." She goes to meet James at a restaurant, where he sings "Lady in Red" by Chris de Burgh.

As their relationship progresses and their feelings grow stronger, the duo duet The Weeknd's "Can't Feel My Face." From there, they make their way to the bedroom while belting Boyz II Men's "I'll Make Love To You."

Corden and Kendrick then decide it's time to get hitched with Bruno Mars' "Marry You." And when they have their first fight, James hilariously covers Shaggy's "It Wasn't Me."

Finally, they decide to part ways while Anna tearfully belts Adele's "Someone Like You" as James peeks through the window watching his ex. But that doesn't mean Anna's life is over, as she sings Cher's "Believe" to close the segment.

The comedian and the actress definitely make one great musical team! What do you think about their segment "Soundtrack to a Love Story"? Sound off below and check out the gallery above to see more leading ladies then and now!