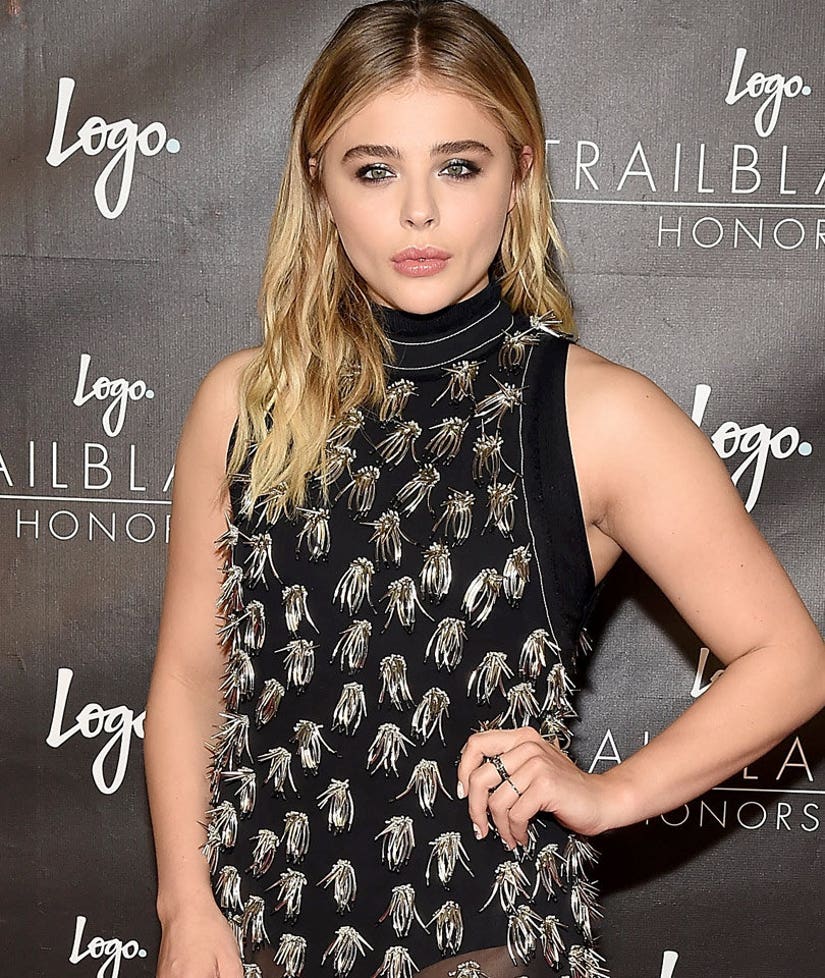 In a world where lip injections and breast implants are par for the course in Hollywood, Chloe Grace Moretz is on a mission to keep it real.

The 19-year-old actress just opened up about her own body insecurities and how her boyfriend Brooklyn Beckham helps keep her positive amid the madness in a revealing interview with Elle.

"When I signed onto the Coach ads, we were all on the same page that the hair and the makeup are things you could do in real life," the fashion house's brand ambassador tells the publication. "I try to break barriers. I try to not post Instagrams where I Facetune my face and I wear a ton of makeup. I want to be as natural as can be."

She admits to sporting hair extensions on occasion and exercising vigorously to maintain her physique, acknowledging it's a "hard balance" to work hard but also be "happy with who you are at the same time."

As the Elle reporter points out, her stance against only portraying perfection certainly makes her "unique" in the biz.

"When I was 16. I wanted a boob job. I wanted the fat pad under my chin to be removed. I wanted a butt reduction, or whatever," she admits. "And my mom said, 'Absolutely not, you're not allowed to have plastic surgery.' And because of that, I found a lot of power within my insecurities. They're what make me who I am now."

"My boyfriend is a huge support. I mean, don't get me wrong, I don't need a man for anything, but when I'm feeling bad about myself, he's like, 'Stop. Look at what you say in interviews. Look at what you stand for. Listen to your own words, because you're as beautiful as you say you are. All young women are more beautiful than they think, you know. And I like you more in sweatpants than I do when you're on a red carpet,'" she reveals, making us all go "Awwww."

"It's nice to have a young man who's 17 years old be able to look at a woman that way," she adds. "I think it means we're on the right track."

Check out more of Chloe's interview over at Elle.com!