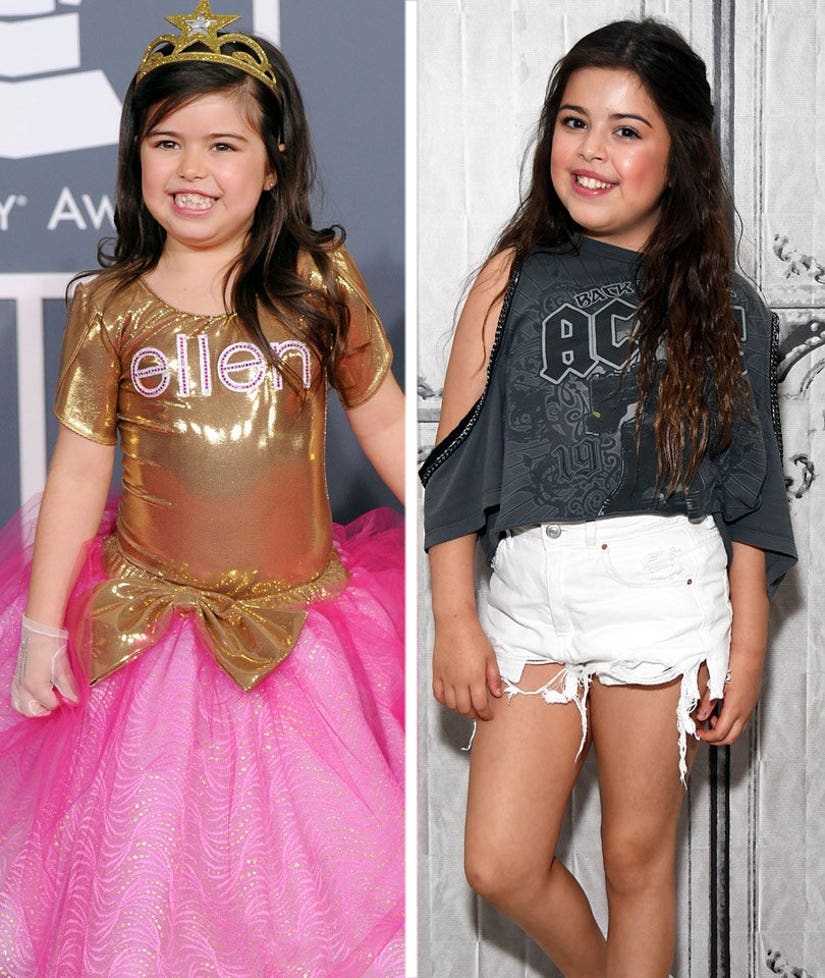 She may still look like a little kid, but Sophia Grace Brownlee is starting her transition from child to tween star. And the first thing to go: those oh-so-adorable tutus.

It's only been about 5 years since Sophia Grace Brownlee and precious blonde cousin Rosie McClelland became a viral sensation thanks to their YouTube rendition of Nicki Minaj's "Super Bass" and endless appearances on "The Ellen DeGeneres Show." But now, she's ready for a serious change ... and hopes you are too.

"It's definitely hard," she tells Bustle of growing up in the spotlight. "Because people still assume that I wear pink and tutus and, no I don't 'cause I'm 13 now, I've grown up and I've changed. And people just kind of have to accept that."

The teenager just released a brand new single, "Girl In the Mirror," but admits she never thought she'd be performing professionally growing up.

"I've always sung. My parents noticed that I had quite a good voice, but when I was younger I didn't even think about being a singer when I was older," she admits.

Citing Ariana Grande as one of her role models and dream collaborators, Brownlee says she wants to be a triple threat.

"Someone who's multitalented, they can dance, they can sing and they can act. It's really great,” she says of her idols. "'Cause I'd love to. I can act and sing and dance, but yeah. I'd love to be like them when I'm older."

At only 13, she's got some time to get into that groove still.

Check out her new video below -- what do you think of her solo stuff?