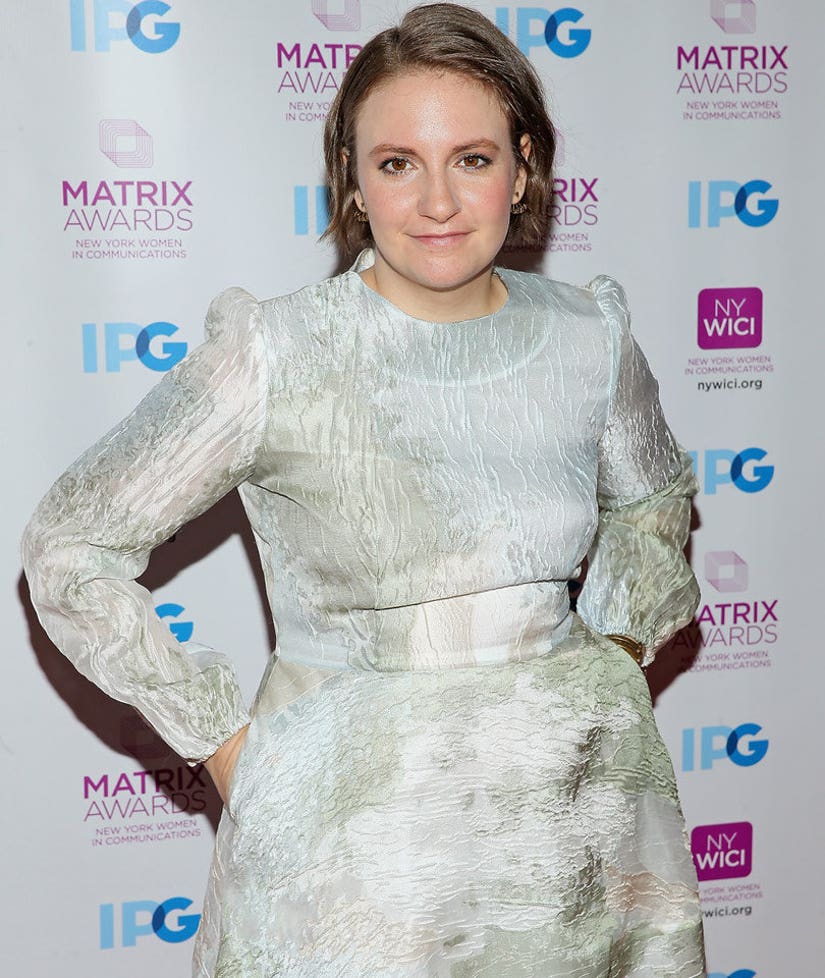 Over the weekend, the rapper debuted his new visual for the single, featuring nude doubles of stars like Swift, Amber Rose, Donald Trump, Ray J, Rihanna, Caitlyn Jenner and more.

While the "Girls" star says she's a fan of both Kanye and the Kardashian clan, this video didn't sit well with her -- and she took to Facebook today to explain why in a lengthy post.

"Like many pop culture addicted Americans, I wait with bated breath for what Kanye West will do next," she writes, before adding she'd happily "spend all summer at Kamp Kardashian."

"But it's possible to hold two competing thoughts in your mind," she continues, "and the Famous video is one of the more disturbing 'artistic' efforts in recent memory."

"Let's break it down: at the same time Brock Turner is getting off with a light tap for raping an unconscious woman and photographing her breasts for a group chat... As assaults are Periscoped across the web and girls commit suicide after being exposed in ways they never imagined... While Bill Cosby's crimes are still being uncovered and understood as traumas for the women he assaulted but also massive bruises to our national consciousness... Now I have to see the prone, unconscious, waxy bodies of famous women, twisted like they've been drugged and chucked aside at a rager? It gives me such a sickening sense of dis-ease."

Though she muses West must have been hoping for "a hipper or cooler reaction" to his latest work, she's simply shocked.

"Seeing a woman I love like Taylor Swift (f*** that one hurt to look at, I couldn't look), a woman I admire like Rihanna or Anna [Wintour], reduced to a pair of waxy breasts made by some special effects guy in the Valley, it makes me feel sad and unsafe and worried for the teenage girls who watch this and may not understand that grainy roving camera as the stuff of snuff films," Dunham continues.

"I can't watch it, don't want to watch it, if it feels informed and inspired by the aspects of our culture that make women feel unsafe even in their own beds, in their own bodies," she writes in closing.

So far, most of the stars featured in the video have remained mum.

After its release, Chris Brown shared a screen grab on Instagram, writing, "Why I gotta have the plumbers butt/ crack showing WAX figure? This n**** KANYE CRAZY, talented, but crazy."

"Man, I'm just trying to stay positive," Ray J told ET of the music video at the BET Awards last night. "I'm engaged. My marriage is all messed up 'cause of craziness. I'm not part of nothing crazy."

"I walk down a good path. My fiancee tripping. It's all bad in my world, and that ain't cool," he added.

And a rep for George W. Bush told TMZ, "In case there was any doubt ... that is not President Bush. He [W] is in much better shape."