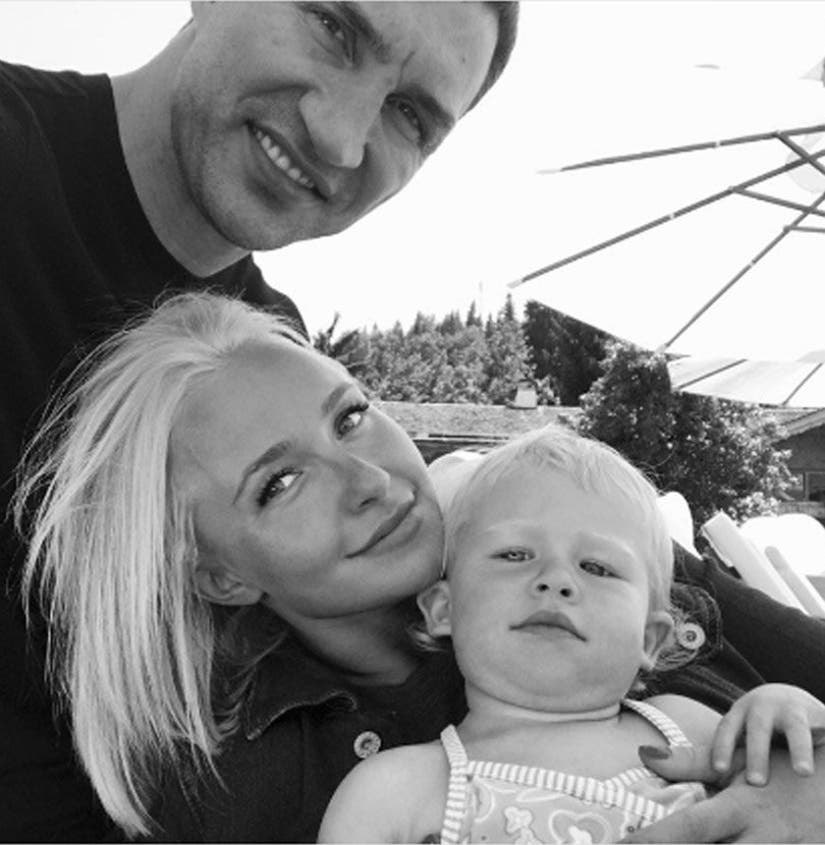 Hayden Panettiere is squashing reports that she split from fiance Wladimir Klitschko in the most adorable way!

Earlier this week, rumors started swirling that the actress had ended her engagement to the boxing champ after she was spotted without her diamond ring. But, the "Nashville" star says those pics aren't telling a story at all.

"Missing rings don't mean the end of relationships," she tweeted alongside a sweet snap with her groom-to-be and their daughter, Kaya. "Blessed to be with my beautiful family."

While it looks like she has cleared the air on this split scandal, the 26-year-old has had a rocky year. Earlier this summer, she told fans that she was back in treatment after battling postpartum depression late last year.

"The postpartum depression I have been experiencing has impacted every aspect of my life," she shared at the time. "Rather than stay stuck due to unhealthy coping mechanisms I have chosen to take time to reflect holistically on my health and life. Wish me luck!"

Panettiere has been very vocal about her struggles, admitting that she was "floored" by the amount of support she received after speaking out.

"The more open I was, the more acceptance I got from people," she added. "I got so much support and so much love. I was floored. I feel much more exposed yes, but in a great way."

We hope that she's finally on the mend -- and we can't wait to see her on the next season of "Nashville," when it hits CMT.