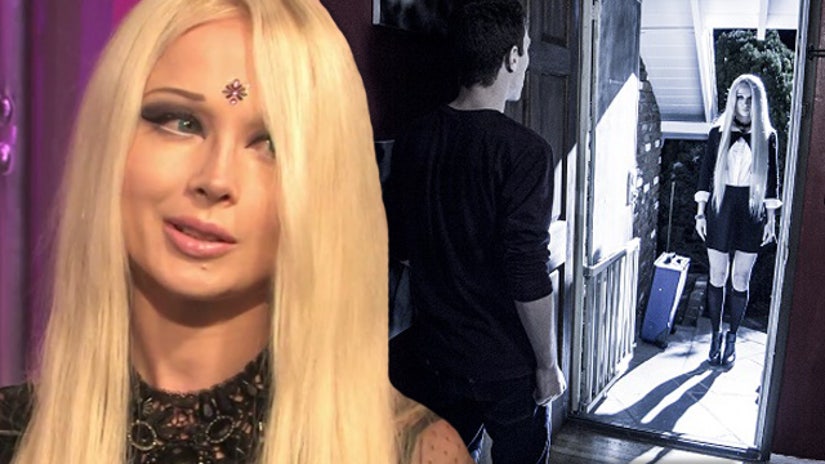 The Internet superstar is starring in a new horror movie, "The Doll," which sees the blonde beauty playing a psycho killer in one of her first major acting roles.

"I've loved horror films since childhood," Lukyanova tells toofab's Brian Particelli (via a translator) about the freaky flick. "I always wanted to play the role of a maniac, because my favorite horror includes maniacs, dismemberment and a lot of blood."

She adds that she got a lot of "pleasure" and "positive emotions" while shooting some of the movie's more gruesome scenes and thinks all her fans are "really gonna like" the final product. Check out what else she had to say about the film above -- and what it was like working with Ron Jeremy on set! 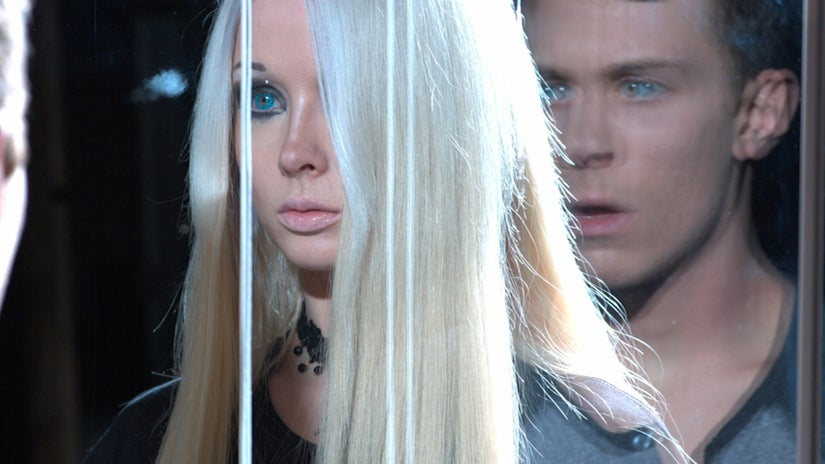 You think she's a little bizarre? Wait'll you hear the story behind the movie!

The film's Writer/director/producer Susannah O'Brien says she got the idea for the script in a vision.

"It actually came in like about 2009. I had an adrenal tumor and I was at the clinic, really sick and kind of dying and I had a near death experience. So after my near death experience I started writing scripts and I couldn't stop, so I got the idea through one of the visions that I had," she tells toofab. "I also had a private practice that offered counseling and I was counseling a bunch of different guys who have always wanted to date a Barbie type. I would try to help them see girls normally. So I kind of wrote it for those guys too."

As for casting Valeria in the title role, O'Brien says she didn't have her in mind when she was writing.

"I wrote the script like a year and 3 months before [casting Lukyanova]," explains Susannah. "My assistant was looking online and he was watching Youtube videos and he was like 'Oh my gosh, look, this is the girl in your vision!' Inside this vision is this perfect doll person. So I looked at the Youtube video and I was like 'That's exactly her,' so then I contacted her about the movie."

Though they had to work on set with the help of a translator, O'Brien says Valeria was a natural.

"She was great. I was really surprised that she could handle the long hours because, it's hard for someone like her or someone who isn't an actress to work 12 hours a day," says the director. "She naturally moves mechanically and has that look, so that was really easy. She was really natural at killing on cue, she just loved it."

The two also connected on another level.

"She's very spiritual, and kind and loves animals and very deep," Susannah adds. "She's very smart and intelligent. We had very deep conversations. I think a lot of people think that she looks like that and she's just superficial. She was great to work with. I think for a lot of the media just look at what she looks like on the outside and have no idea what she's like, so it was great to know her on like a deeper, spiritual level."

Check out the trailer for the movie above -- and see what Valeria told us about plastic surgery, her biggest misconceptions and more below. 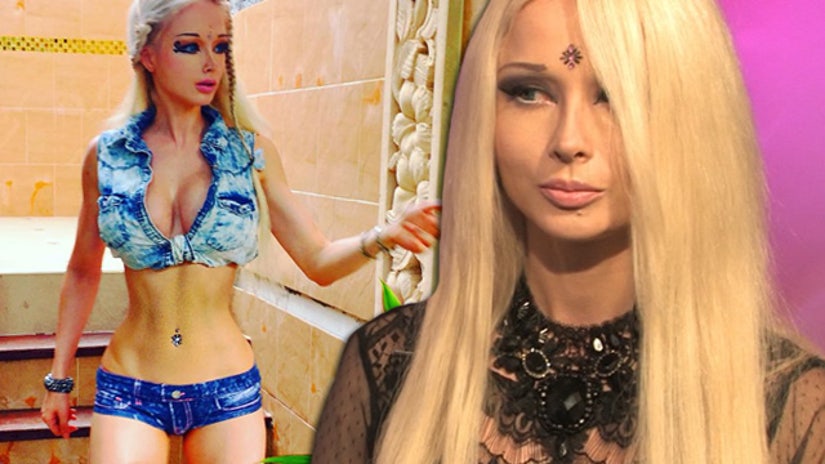