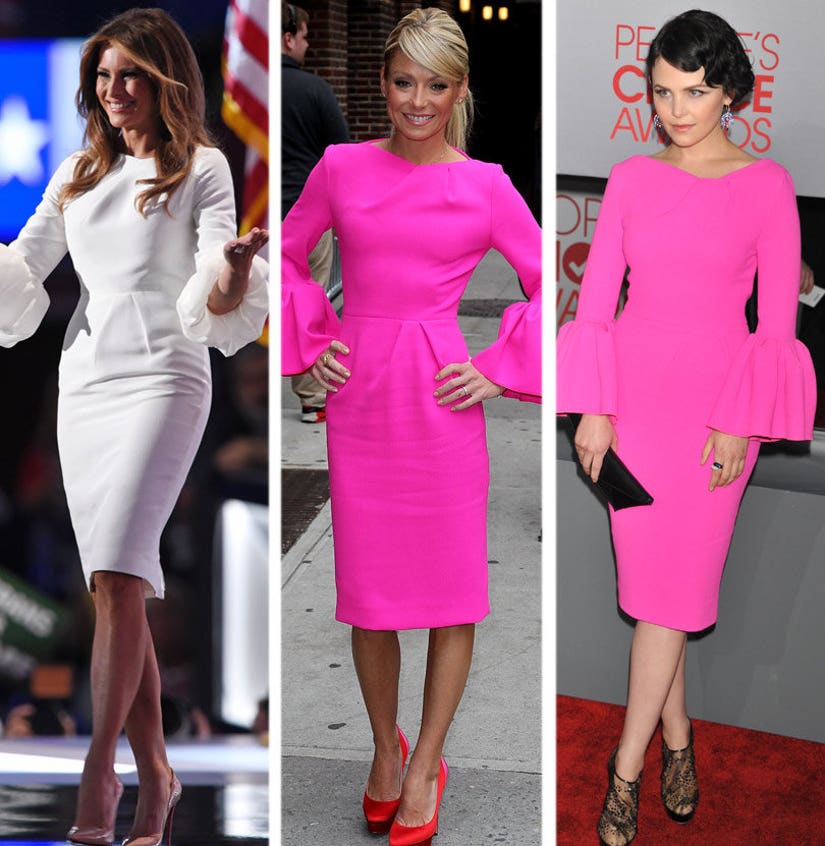 It's a style showdown between a potential First Lady, an A-list actress and a talk show queen!

The $2,190 designer dress was a hit with fashionable viewers (it's already sold out!), despite the fact that Trump has been skewered for her speech. Critics are saying that Melania's words were strikingly similar to Michelle Obama's speech from 2008.

Not only is she getting slammed for stealing FLOTUS' words, but it seems she may be borrowing style cues from other stars as well!

Melania's dress is almost identical to the fancy frock that both Ginnifer Goodwin and Kelly Ripa wore in pink back in 2012.

The actress first sported the Roksanda dress at the People's Choice Awards that year, while Ripa rocked the look during an appearance on "The Late Show With David Letterman."

The only noticeable difference is the sleeves, which seemed to be amped up even more for Melania.

All three ladies all put their own spin on the style, so who do you think wore it best? Cast your vote above!