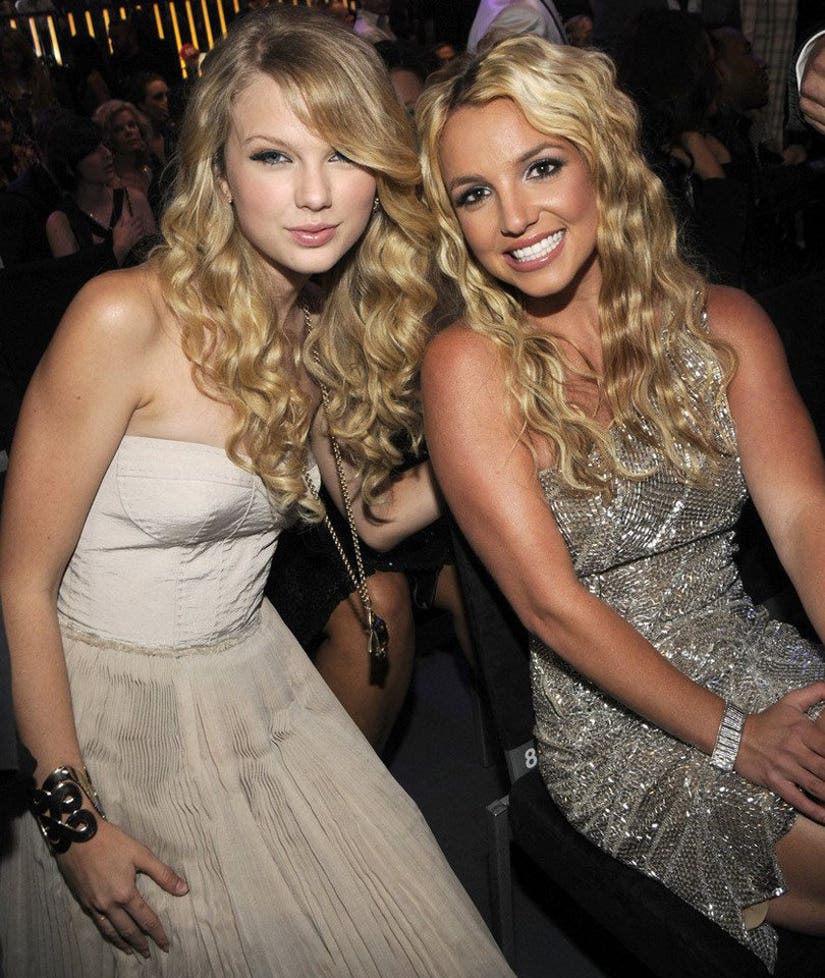 Forget about making a bad first impression, Taylor Swift appears to have made no impression on Britney Spears.

In a recent interview, the hosts of Australia's "Kyle & Jackie O Show" asked Spears if she would rather sit next to Taylor Swift or Katy Perry during a 24-hour flight to Sydney.

"I don't know! I don't know, that's hard," the "Make Me" singer said, while considering her response. "They're both so cool, I don't know."

The pop singer finally came to a conclusion after revealing her thought process out loud: "I've briefly met Katy Perry at the 'Smurfs' movie premiere. Maybe because I've met Katy Perry, I would say Taylor Swift, because I've never met her before."

Except that she has indeed met Tay Tay before—not once but twice.

Back in 2008, Spears and Swift met at the MTV Video Music Awards, where they were photographed looking pretty chummy as they posed alongside one another.

And prior to that awards show encounter, Spears met a young Swift back in 2003, as evidenced by a photo that fans started circulating on Twitter shortly after the interview.

Hmmm, looks like Brit has a bit of a blank space in her mind when it comes to Swift.